Researchers have pinpointed multiple factors that make it more likely a married couple will split up.
PeopleImages/Getty Images

No one can say with 100% certainty that a couple is heading for disaster.

However, social scientists have gotten pretty good at predicting who's most likely to wind up there. These couples share certain commonalities - in the way they fight and the way they describe their relationship, but also in their education level and employment status.

Below, we've rounded up 12 factors that predict divorce.

Getting married in your teens or after age 32

The best time to get married is when you feel ready, and when you've found someone you think you can spend a lifetime with. Don't force anything - or put it off - because a study told you to do so.

That's according to research led by Nicholas Wolfinger, a professor at the University of Utah. After age 32, Wolfinger found, your odds of divorce increase by about 5% every year.

As Wolfinger wrote in a blog post for the conservative-leaning Institute for Family Studies, "For almost everyone, the late twenties seems to be the best time to tie the knot."

Other research, published in 2015 in the journal Economic Inquiry, found that the odds of divorce among heterosexual couples increase with the age gap between spouses.

As Megan Garber reported at The Atlantic:

Having a husband who doesn't work full-time A 2016 Harvard study, published in the American Sociological Review, suggests that it's not a couple's finances that affect their chances of divorce, but rather the division of labour.

Wives' employment status, however, didn't much affect the couple's chances of divorce.

The researcher concludes that the male breadwinner stereotype is still very much alive, and can affect marital stability. It doesn't seem fair that couples who spend more time in school are less likely to get divorced. But that's what the research suggests.

A post on the Bureau of Labor Statistics website highlights a result from the National Longitudinal Survey of Youth (1979), which looked at the marriage and divorce patterns of a group of young baby boomers. The post reads:

"The chance of a marriage ending in divorce was lower for people with more education, with over half of marriages of those who did not complete high school having ended in divorce compared with approximately 30 percent of marriages of college graduates."

It may have to do with the fact that lower educational attainment predicts lower income - which in turn predicts a more stressful life. As psychologist Eli Finkel previously told Business Insider:

"What I think is going on is it's really difficult to have a productive, happy marriage when your life circumstances are so stressful and when your day-to-day life involves, say three or four bus routes in order to get to your job."

Showing contempt for your partner

John Gottman, a psychologist at the University of Washington and the founder of the Gottman Institute, calls certain relationship behaviours the "four horsemen of the apocalypse." That's because they predict divorce with scary-high accuracy.

The first behaviour is contempt or seeing your partner as beneath you. Gottman calls this behaviour the "kiss of death" for a relationship. Criticism can also lead to the downfall of a marriage. Turning a behaviour into a statement about your partner's character can lead to increased instability. Defensiveness or playing the victim during difficult situations can also cause problems. Lastly, stonewalling or blocking off conversation between you and your partner is a recipe for disaster.

As Business Insider's Erin Brodwin reported, these conclusions are based on a 14-year study of 79 couples living across the US Midwest, which Gottman conducted along with University of California-Berkeley psychologist Robert Levenson. And while that particular study was small, another decade of research supports the findings.

Being overly affectionate as newlyweds

Psychologist Ted Huston followed 168 couples for 13 years - from their wedding day onward. Huston and his team conducted multiple interviews with the couples throughout the study.

Here's one fascinating finding, from the resulting paper that was published in the journal Interpersonal Relations and Group Processes in 2001: "As newlyweds, the couples who divorced after 7 or more years were almost giddily affectionate, displaying about one third more affection than did spouses who were later happily married."

Aviva Patz summed it up in Psychology Today: "[C]ouples whose marriages begin in romantic bliss are particularly divorce-prone because such intensity is too hard to maintain. Believe it or not, marriages that start out with less 'Hollywood romance' usually have more promising futures."

Don't underestimate the toll that stress can take on a marriage.

A 2007 paper, published in the Journal of Social and Personal Relationships, looked at the factors that led to divorce in European couples and found that daily stress was an important reason behind the decision to divorce in many couples.

Seemingly trivial experiences like forgetting an appointment or missing the bus turned out to create tension between spouses.

The authors even found that "participants reported the accumulation of everyday stress as a more relevant divorce trigger than falling in love with another person, partner violence, or even a specific major life event that would have instigated changes in their private life." When your partner tries to talk to you about something tough, do you shut down? If so (or if your partner is guilty of that behaviour), that's not a great sign.

A 2013 study, published in the Journal of Marriage and Family, found that husbands' "withdrawal" behaviours predicted higher divorce rates. This conclusion was based on the researchers' interviews with about 350 newlywed couples living in Michigan.

Meanwhile, a 2014 study, published in the journal Communication Monographs, suggests that couples engaged in "demand/withdraw" patterns - i.e. one partner pressuring the other and receiving silence in return - are less happy in their relationships.

The lead study author, Paul Schrodt at Texas Christian University, says it's a hard pattern to break because each partner thinks the other is the cause of the problem. It requires seeing how your individual behaviours are contributing to the issue and using different, more respectful conflict-management strategies.

Describing your relationship in a negative way

In 1992, Gottman and other researchers at the University of Washington developed a procedure called the "oral history interview," in which they ask couples to talk about different aspects of their relationship. By analyzing the conversations, the researchers are able to predict which couples are heading for divorce.

In one study, published in 2000 in the Journal of Family Psychology, Gottman and colleagues put 95 newlywed couples through the oral history interview. Results showed that couples' scores on certain measures predicted the strength or weakness of their marriage. Those measures included: fondness for each other, "we"-ness or how much each spouse emphasizes unification in the marriage, expansiveness or how much each partner elaborates on what the other is saying, negativity, disappointment in the marriage, and how much the couple describes their marriage as chaotic. Research shows that if your parents divorced, you may be at more at risk of getting divorced also. The statistics vary on this theory, but one study by researchers Paul Amato and Danelle Deboer found that if a woman's parents divorced, her odds of getting divorced increased by 69%. The study also found that if a husband and wife's parents both divorced, the risk of divorce increased by a whopping 189%.

This isn't to say that if you or your spouse's parents' marriage ended, your relationship is also doomed. It is important for children of divorce to separate themselves and their own relationships from that of their parents, and commit themselves to having healthier, more harmonious relationships and reactions to potential conflicts.

Working as a gaming manager, bartender, or flight attendant

Certain professions report higher rates of divorce. According to a previous article by Business Insider, the jobs with the highest divorce rates are gaming managers, bartenders, and flight attendants. Jobs with the lowest chances of divorce included actuaries, physical scientists, and medical and life scientists.

How much money you make

Money is a common stressor among most married couples. In fact, money has often been cited as a large contributing factor to why couples decided to get divorced. A 2012 study in Family Relations Journal found that "money is the top predictor of divorce for both men and women." However, while many may think not having enough money would lead to divorce, studies show that couples with higher incomes were actually more likely to split up.

CNBC cites a couple of reasons for this, including the fact that in many high-income relationships, one partner is the bread-winner and the other doesn't work at all. High-income earners may also travel a lot for work or spend long days in the office, rather than at home.

Whether you have children or not 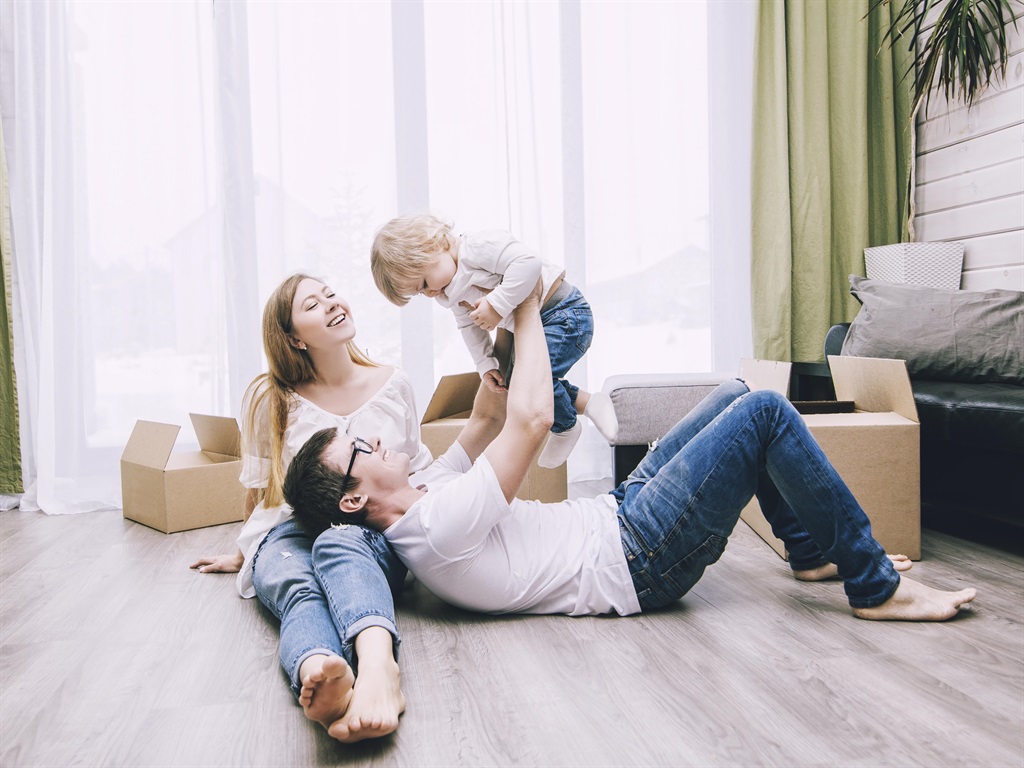 According to a study by Anneli Rufus, an author and journalist, that appeared on Smart Marriages, whether or not a couple has children can greatly impact their chances of divorce. In 2010, at least 66% of divorced couples in the United States reported being childless, versus 40% who have children.

The absence of children can also cause strain if one spouse wants to have kids and the other does not. According to the report, couples who do not agree on wanting children are twice as likely to get a divorce.

Related Links
8 of the weirdest sex injuries and the medical explanations behind them
A staggering percentage of couples are going into debt to pay for their weddings — here are the...
Politically-connected Limpopo mogul David Mabilu is taking over the Sunday World: here’s how he...
Next on Business Insider
A US groom contracted Covid-19, so the bride attended the wedding reception with a cardboard cutout of him