Comair's BA passengers offered Airlink seats, at no extra cost – and Kulula tickets to be refunded 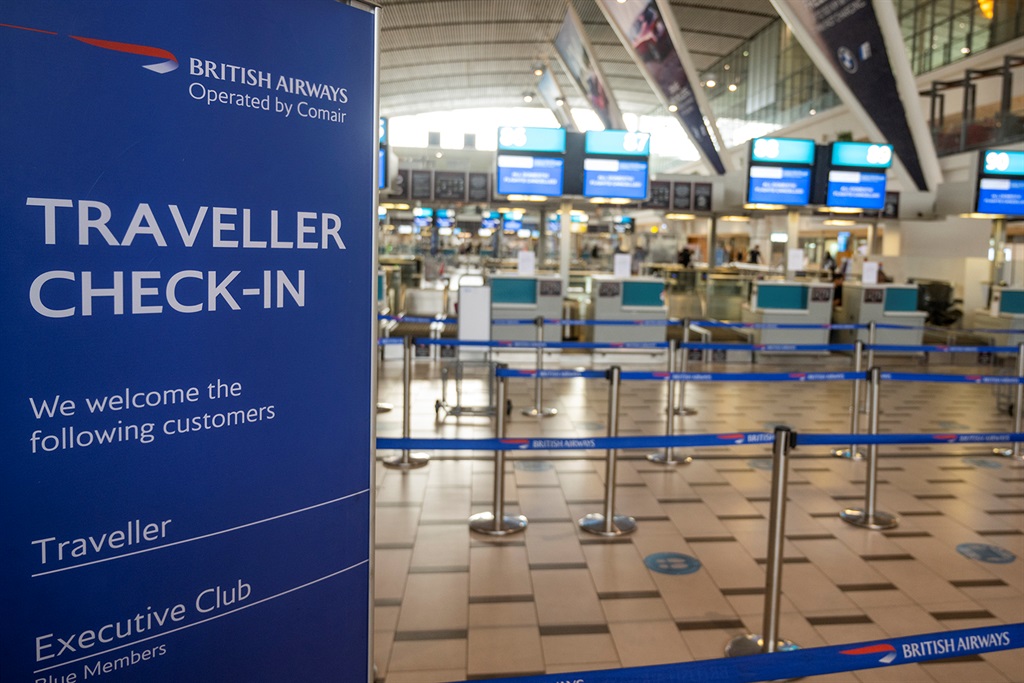 Passengers booked to travel on now-grounded British Airways flights operated by South Africa's Comair will be accommodated by competing carrier Airlink, while tickets bought during a Kulula flash sale will be refunded this week.

Comair, owners of Kulula and operators of British Airways (BA) flights across southern Africa under a franchise agreement, has given no clear indication of when – or even if i– t will return to the skies. And time is running out, with Fin24 reporting on Monday that Comair had about a week in which to secure funding or face liquidation.

See also | Comair grounding: Here's why other airlines won't be able to plug the gap any time soon

While Comair's commercial position remains precarious, the airway has sought to remedy the situation facing passengers who had already bought tickets and were booked to fly.

BA customers who hold valid tickets for flights between 7 and 12 June 2022 "have the option to rebook with Airlink at no additional cost, subject to availability", according to a statement issued by the airline on Tuesday morning.

"Affected customers who would like to rebook may contact the British Airways International Contact Centre, who will support Comair in managing incoming calls, on 010 344 0130 or their travel agent," the statement added.

International customers who had booked regional or domestic connecting flights with Comair will be accommodated on South African Airways (SAA), according to the statement.

Comair's brand suffered additional damage amid the grounding of its flights, thanks to a flash sale marketed to prospective Kulula travellers via email on 31 May. The "winter warmer sale" offered up to 30% off selected flights. Later that same day, Comair announced its decision to ground all Kulula flights, leading to a backlash from those who had purchased the tickets just hours earlier.

How it is possible (or allowed) to send an email to their database for a “Winter Warmer Sale” promo ending on 31 May, only to announce on Twitter they will not be operating the next day? pic.twitter.com/6SRqeLSvYR

"We understand the negative perceptions created by the Kulula ticket sale even though the sale had been triggered a week earlier," said Comair CEO Glenn Orsmond.

"Bearing in mind that Comair only receives the money once the flights are flown. We have agreed with our bankers to release the funds back to our customers, and we are pleased to advise that the refund process will commence immediately."

These tickets, the statement added, would be "refunded by the end of this week."