Facebook is back in the hot seat over revelations that data on millions of its users was taken and used by a company working for Donald Trump's presidential campaign and the Brexit vote.

Specifically, a company called Cambridge Analytica (CA) took data from a reported 50 million Facebook users and built personality profiles in order to serve people with political ads to "target their inner demons," according Christopher Wylie, the former CA employee who blew the whistle on the situation, as reported by The Observer and The New York Times.

READ: Everything you need to know about Christopher Wylie, the 28-year-old who blew the lid off a huge Facebook data breach

Facebook last week banned CA from its platform and announced it planned to audit the company to verify if the Facebook data had truly been deleted, as CA had promised it had been years ago. There's now a tornado of investigations being launched over the matter in the US and the UK.

All of this begs the question: How could Facebook know your "inner demons"?

The truth is that Facebook knows a scary amount of stuff on you. Its whole business relies on watching what you do on Facebook, as well as tracking what you do on the internet via social media plug-ins (like the ability to "Like" a news post on a third-party website) and tracking the apps you install on your phone.Here's how to find out exactly what Facebook knows about you. Facebook/Business Insider
You can find the page through this URL https://www.facebook.com/ads/preferences. Or by clicking on the small arrow on the top right of the blue bar and then clicking "settings" and then "ads."

Facebook keeps track of anything you "Like" as you use its service. I apparently liked some page with an emotional message and now Facebook believes I will respond to "emotion." 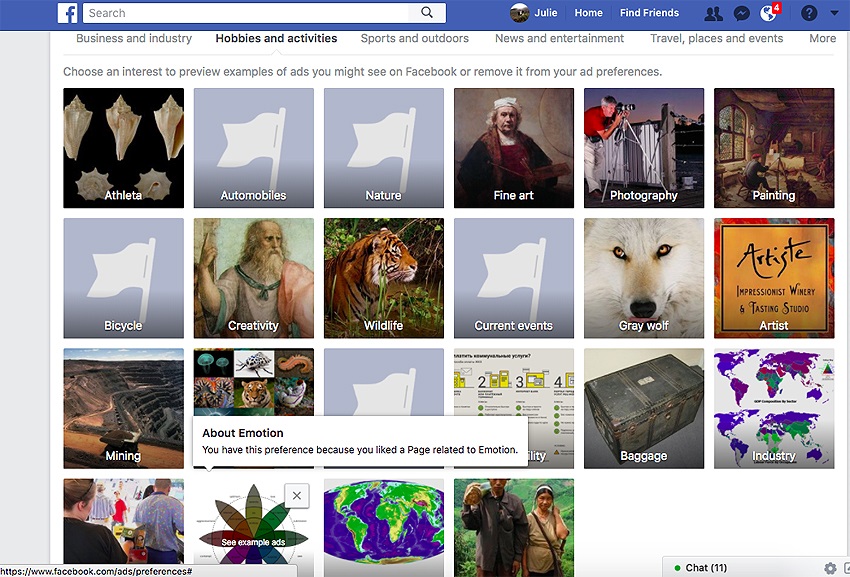 Facebook also tracks what you do on the internet. Plus, every time you use Facebook to log in to apps on your phone it tracks that information. That's how Facebook learned I use Fandango on my phone. If you're not brand new to Facebook, there are likely pages and pages of data on you. After scanning all this stuff you do online, Facebook builds a profile about you, which you can see by clicking on "your categories." This is info Facebook shares with advertisers. For me, it determined things about my family life, where I live, and what kind of tech I use. There is a lot of information about me that Facebook keeps track of and then uses to allow advertisers to target ads to people like me who share similar interests. Not all of it is accurate. Facebook has labeled me as "very liberal" which is funny and a bit unsettling. My political views are moderate. You have the ability to cross out anything on the page, but it's not clear what impact that would have on ads, particularly political ads or fake news that target you, based on data that was previously gathered on you. 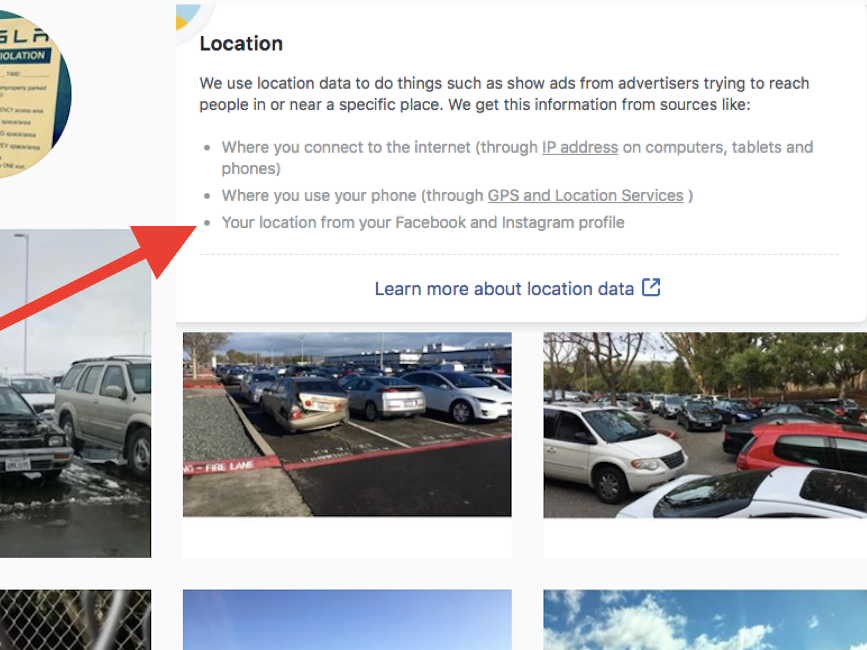 You can tell Facebook not to share your information with some advertisers but the only way to have Facebook NOT track any of your activities is to stop using its services, including the other apps it owns like Instagram. It's important to remember that Facebook is free because it makes its money by showing you ads.