Six ways to deal with Stage 6 load shedding, including getting food orders in early 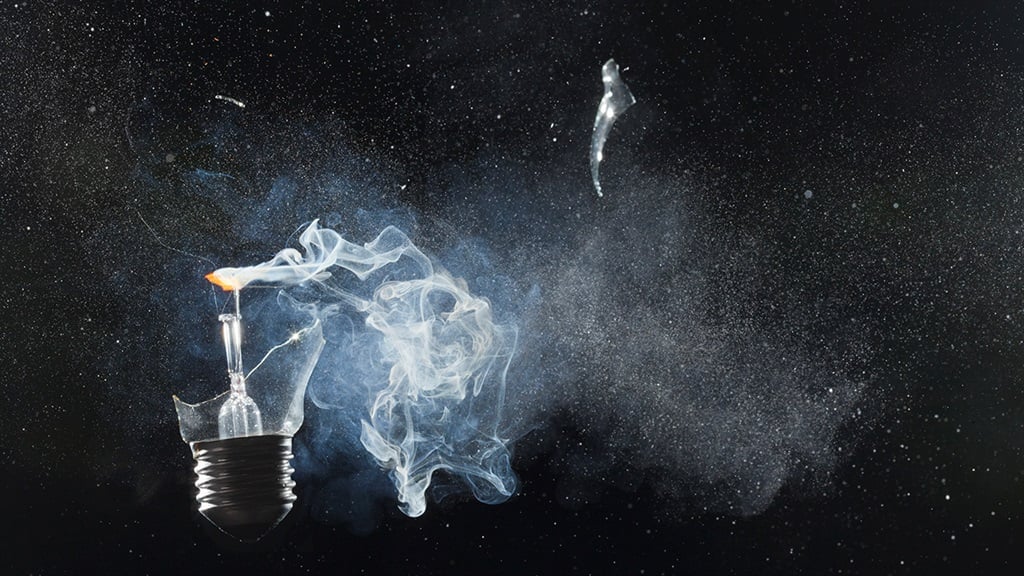 South Africa is standing by to see if Stage 6 load shedding will return on Tuesday evening, after dire warnings from Eskom about the impact of unprotected industrial action.

As of Tuesday morning, Eskom executives said they could not say for certain if it will be necessary to move from Stage 4 to Stage 6, but that the risk was very real.

Stage 6 moved from a theoretical possibility to an implemented reality in late 2019.

See also | Stage 6 load shedding: what it means, and how bad it is

Dealing with Stage 2, and even Stage 4, has become commonplace, with everyone used to handling candles safely, making a plan for food, and entertaining the family.

Stage 6 is a little different, though, with the prospect of six hours of blackouts per day putting more strain on everything from municipal systems to food delivery.

Here are six ideas for dealing with Stage 6.

Fill up a thermos, and hot water bottles, early

A well-insulated geyser will keep water hot for a good while, but you may need that for washing dishes, and you don't want to make tea with it.

The two other insulated containers for water you have around the home are worth filling up before the lights go out: a thermos, and a hot water bottle or two. Just remember to let the kettle stand for five minutes before you fill the hot water bottles.

Get in takeaway orders early, or use pre-booking

Food delivery services tend to be inundated with orders when evening peak load shedding – even at Stage 2 or Stage 4 – hits the suburbs. Waiting times can spike suddenly, just as the family is sitting around in the dark with nothing better to do but complain that you aren't feeding them.

Many delivery aggregators and direct quick-service restaurants' own delivery systems that allow you to pre-book when you want a takeaway to come to your door. If your favourite doesn't, order sooner rather than later.

If you rely on gas or wood to cook, get supplies in early. Garage shops tend to see runs on both at higher load shedding levels.

Make sure everything – even what you don't need – is charged up

But with things looking a bit more dire than usual, it is worth checking on everything else too. Rechargeable AA or D-cell batteries could just come in handy, and if you have headlamps or torches, or a radio or other gear, with their own batteries, get those plugged in.

If you don't have a plan for sensitive equipment, turn off the mains

Just about nobody ever does it, even though Eskom keeps warning that you really should turn off equipment sensitive to power spikes during any outage, including load shedding.

#Stage4 #Loadshedding is in progressPlease switch off all non-essential electrical appliances during loadshedding to avoid power surges when the power returns. Failure to do so may lead to unnecessary trips or damages to office/household appliances when the supply is restored. pic.twitter.com/ffX02QNmSq

If you can't be bothered with individual pieces of equipment, consider flipping the mains switch until you see the streetlights come back on. Creaking municipal power systems and their under-pressure operators aren't used to Stage 6 either, so there is a greater risk of things going wrong than during good old Stage 4.

If you want to know when to turn the power back on, best to figure out your load shedding schedule before it goes off. You may not be able to check the status during the outage itself.

Likewise, know who to call if your power does not come back on time, where you can log a fault if your pole, street, or neighbourhood trips.

... and, more generally, plan to not have internet access.

Cellphone operators struggle to keep their towers operational during standard bouts of load shedding, and battery systems will find it hard to cope with Stage 6. At some point, those towers may start conserving power to make sure you can make voice calls, which are given a higher priority than data.

At that point, it is a good idea to have stuff downloaded. That can include music and movies; just about any decent subscription service will allow you to download at least some content for offline use, at least using their own app. If you plan to binge on a series in front of a small screen, make sure you don't need an internet connection to watch.