Tiger Woods is back.

Woods sent a resounding message to the sports world with a dominating win at the Tour Championship - he's back, and the majors are next.

After playing in just two tournaments in over two years, and after a tumultuous few months that included his fourth back surgery in four years and an arrest after being found asleep in his car on the side of the road, Woods is finally back.

In fact, he looked so good this year, people have already started whispering about Jack Nicklaus' record again.

On the course, Woods is one of the highest-paid athletes of all time. That means plenty of cash off the course to spend on yachts, private jets, megamansions, and video games.

Take a look at how he spends it all.

Tony Manfred and Mary Hanbury contributed reporting to a previous version of this article. 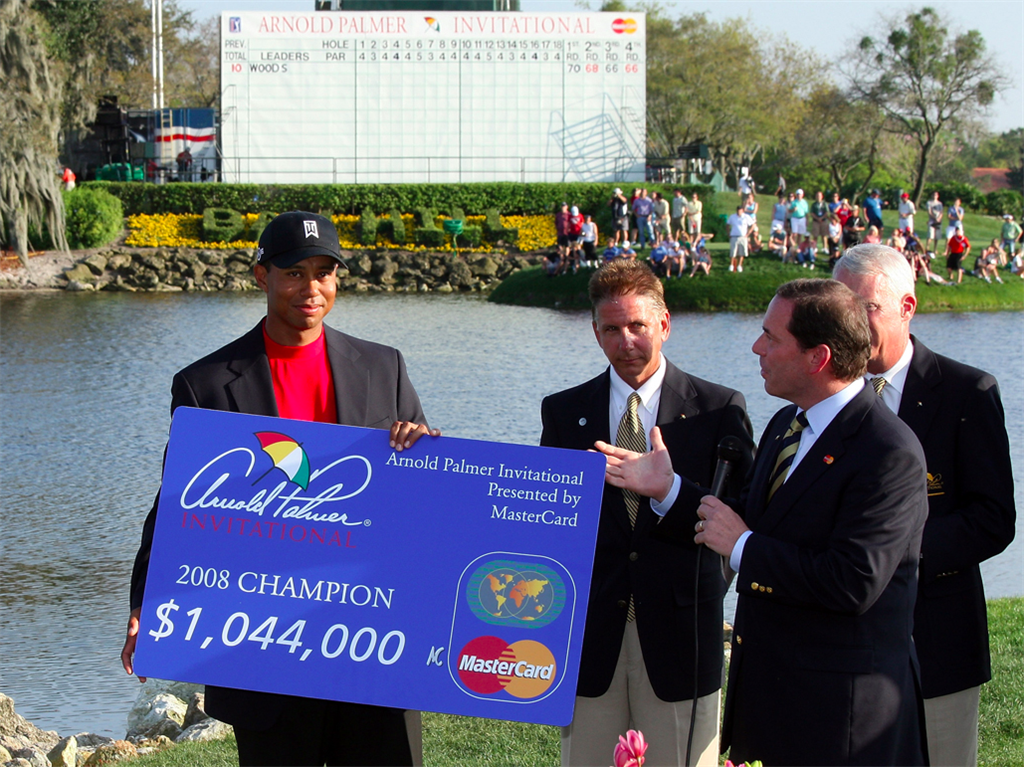 More than $115 million of that came from on-course winnings. He's No. 1 on the all-time money list, by far.

Read more: The 30 highest-paid golfers of all time »

He won $4.6 million at the Tour Championship alone — $1.6 million for winning the tournament and $3 million for his second-place finish in the FedEx Cup — one of his biggest paydays ever in golf. Roger Federer recently passed Woods as the highest-paid athlete of all time from a non-team sport. But the real money comes from off the course. At his peak in the late 2000s, Woods made $100 million (R1.4 billion) annually off the course. In 2016, he earned more than $45 million in endorsement deals and course-design fees. 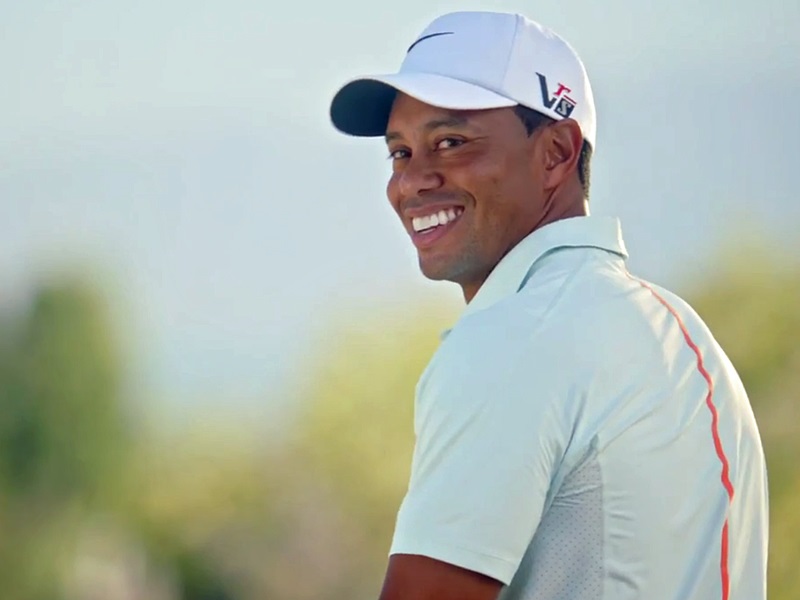 Despite barely playing in 2017, Woods was still the 16th-highest-paid athlete in the world, according to Forbes, and had an estimated net worth of $740 million in 2016.

Woods has hit other bumps in the road. In 2009, news broke that Woods had been cheating on his wife, Elin Nordegren. Two days later, he crashed his Cadillac Escalade into a fire hydrant outside his house. He was accused of having an affair with Rachel Uchitel, a New York nightclub manager. Months later, several other women came forward to say they had affairs with Woods. Many of Woods' endorsement partners dropped him over the controversy, including AT&T, Gatorade, Gillette, Golf Digest, and Tag Heuer. His biggest partner, Nike, stuck with him. The divorce settlement cost him a reported $100 million in 2010. And his golfing career started to turn sour. Woods hasn't won a major golf championship since 2008 and before the Tour Championship, he had not had a tour win since 2013. He has also battled various injuries. When Woods was charged with driving under the influence, he blamed an "unexpected reaction to prescribed medications." Woods had recently had a fourth surgery on his back, and police later said he had five different drugs in his system at the time of the arrest. But Woods continues to live a lavish lifestyle. After the divorce settlement, there were reports that he considered selling his 47.2 metre-long megayacht, "Privacy," for $25 million. The boat was not sold, however, and Woods now docks it in North Palm Beach, Florida.

He stayed on the yacht on Long Island during the 2018 US Open at Shinnecock Hills.

He owns a 4 hectare property in Jupiter, Florida, that was built from scratch just for Woods at a cost of $55 million. It has a pitch-and-putt golf course, as well as a private dock. Golf isn't his only passion — Woods is really into spearfishing. He learned how to free dive so he could spearfish without an air tank.

He loves spearfishing so much that he once called in sick to a tune-up tournament before the Open Championship just so he could spend time catching fish. Read more: A crazy story about Tiger Woods shows that he was never as obsessed with golfing greatness as everybody thought

Woods is a die-hard Oakland Raiders fan. He tries to find time to support the silver and black whenever he can.

He even has a Raiders-themed pool table in his house.

The 80-time PGA Tour event winner is also a fan of the Los Angeles Dodgers. He turned out for multiple games during the 2017 World Series.

Woods likes tennis as well. He is good friends with Rafael Nadal and has sat in his box for a number of matches. Nadal even showed up to watch his buddy make his comeback at The Hero World Challenge in the Bahamas in December of 2017.

World No. 1 @RafaelNadal watching former World No. 1 @TigerWoods in the Bahamas. â›³???? pic.twitter.com/1Rn1MMapKQ

Aside from watching sports, Woods also likes to spend his time working out — maybe too much. His old coach Hank Haney once said, "My opinion is he really overdoes that." Read more: Tiger Woods is jacked now, and it could be hurting his golf game »

Haney would also suggest that Woods pushed himself physically because he wanted to be viewed as an athlete, saying that Woods viewed injuries as "a way of being accepted into the fraternity of superstars who played more physical sports than golf." Woods says he likes to practice all day, but when he was recovering from surgery he filled his time by playing "Call of Duty" eight hours a day with a 30-minute lunch break. Despite that, Woods said he was still getting beat by 7-year-olds when he played online. "He struggles to sleep," Rory McIlroy said of Woods, "which I think is an effect of overtraining, so I tell him to calm down sometimes. He'd be texting me at 4 o'clock in the morning: 'Up lifting. What are you doing?'" He even has his own restaurant, called The Woods Jupiter. "After years of meals on the road, he decided to bring his vision of an elevated sports bar to life at home in Jupiter," the website says. Even when he isn't at home in Jupiter, Woods likes to bring a little bit of it with him. He reportedly replaces all the furniture in the houses he rents during tournaments with his own, even if he's only there for a few days. He likes to travel in style and owns a Gulfstream G550 private jet, worth about $54 million. In January 2017, for the first time in 10 years, Woods took a commercial flight, from Los Angeles to Dubai.

Woods has also been accused of being cheap. One story told of how Woods wanted to be just one of the guys when he was having lunch with a group of Navy Seals and did not pick up the tab. He devotes a ton of time and money to his at-risk youth charity, the Tiger Woods Foundation. In 2012, he gave $12 million to the foundation. Additionally, he works with kids through the TGR Learning Lab, which provides opportunities for students to explore their passions by combining science with everyday tasks.

Coding with my mentee. Combine coding and a little art of green reading and you get YES!!!!!!!!!!!! pic.twitter.com/UTPRTuN79x

Woods doesn't just rely on his golf winnings and endorsements to fund his extravagant lifestyle — he also runs a golf-design business. He opened his first US course in Houston in 2015 and was said to be designing a Trump International Golf Club course in Dubai in 2017. He is also picking up new endorsements. Since Nike got out of the equipment business, Woods has signed with Bridgestone to use its golf balls, and with TaylorMade for its golf clubs. He's even partnered with President Donald Trump. At the end of 2016, the two played at Trump International Golf Club in West Palm Beach, Florida. "What most impressed me was how far he hits the ball at 70 years old," Woods told CNN of Trump.

How many strokes do you think Kai is going to give @tigerwoods and @realDonaldTrump ??? #golf pic.twitter.com/QyW9M6g2sb

Woods has played with Barack Obama, George Bush, and Bill Clinton in the past.

While Woods is still mum about his private life, he is dating again. He spent a lot of time with Erica Herman at the Presidents Cup in 2017. She was the general manager for Woods' restaurant. And she was at the Tour Championship and greeted Tiger after his win. It is Woods' first public relationship since Lindsey Vonn. In 2017, someone hacked and distributed nude photos of the couple.

The good news is that on the course, Woods finally looks healthy. His play at the British Open and the PGA Championship in 2018, as well as his win at the Tour Championship, suggests it's just a matter of time before he's lifting another trophy at a major.