South Africa has now been in lockdown for a year. Here's how it all played out 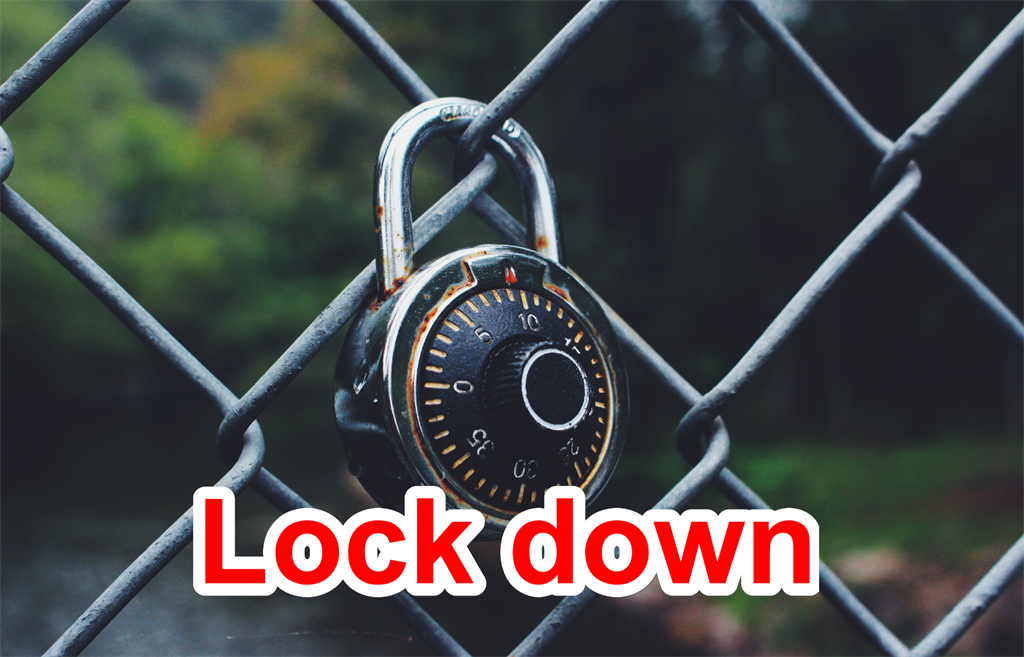 South Africa entered an unprecedented national lockdown on 27 March 2020, to fight the spread of the coronavirus.

So far, according to the official death toll, the virus has killed more than 52,000 people.

At the peak of the second wave in January, the country saw in excess of 21,000 new infections a day. The highest number of weekly deaths were in the last few days of 2020.

SA remains at Alert Level 1 one year later, after one of the most stringent lockdowns in the world, with bans on alcohol and cigarette sales for months at a stretch.

One year later, on 27 March 2021, South Africa remains at Alert level 1, with the threat of a third wave of infections looming.

Night clubs remain closed, there's a midnight curfew, and being a spectator at a sporting match and not wearing a mask in a public space remain illegal.

Business Insider South Africa takes you through one year of lockdown in Mzansi: Many retailers appealed to shoppers to shop with care – and consideration for others. Pick n Pay roped in local artists to appeal to consumers not to panic buy.

From OR Tambo International airport to Cape Town, satellite images show what the country looked like during those first 21 days. O.R Tambo before and after lockdown in South Africa. Source PlanetLabs.

Ramaphosa addressed the nation in late April to announce a five-level “risk-adjusted strategy” where the country would slowly ease lockdown restrictions starting on 1 May. But putting his mask on turned out to be quite problematic.

Coping with the booze and cigarette ban

South Africa was the only country in the world to ban both alcohol and tobacco sales for months. But home brewing also came with plenty of warnings, with numerous videos of exploding pots and bottles doing the rounds.

See also: Want to make beer from pineapples? If you get it wrong, you may get ill – or maimed

After two hard months of the cigarette sales ban, Ramaphosa announced that cigarettes would be sold once again.

But this was short-lived and the decision was reversed in a briefing by Cogta minister Nkosazana Dlamini-Zuma.

An unfortunate reference to “when people zol” ….

lead to a clap-back that left Mzansi laughing to a rather catchy tune….

Smugglers set up an extensive network  for moving illicit tobacco products around the country, experts said, and that is how illegal cigarettes kept appearing in spaza shops and corner cafes, even after more than 100 days of sales being banned.

See also: Illegal cigarettes are 'more profitable than heroin'. Here’s how they’re getting into SA

On 1 June, alcohol sales resumed, subject to strict regulations. And many could not contain their joy:

But without warning – or any time to replenish stock - the alcohol ban was reinstated, with immediate effect on Sunday, 12 July as the so-called first wave of infections hit South Africa.

Both bans were lifted on 18 August, and for some months the lockdown became more relaxed.

Food regulations, and the banning of food for delivery - South Africa was one of the few countries worldwide to insist on this - was a hot potato from the very beginning.

Banning the sales of roast chicken, pies and bread baked in store during the first phase of the hard lockdown was a step too far for many South Africans.

Many big retailers were rebuked in the initial hard lockdown for their "failure to comply" by keeping hot-food stations open.

See also: Pies and roast chicken banned at Woolworths and other stores - will frozen meals be next?

There were also strict rules about buying clothing at the start of the lockdown. When South Africa moved to Alert Level 4, a strange new list of permitted clothing sales emerged:. For example, you could buy shirts – but only to wear under a jacket/coat or knitwear. Crop bottom pants were also allowed – as long as you wore boots and leggings with them.

Places of worship were allowed to open on June 1, as the country entered Alert Level 3. But the rules were anything but clear.

While face masks were (and remain) mandatory “for any religious activity”, those preaching or leading worship could remove them to do so - but the distance between persons had to be increased to 2.5 metres.

You could also not sing any hymns – solo performances only, at a distance of course.

And while regulations stated there was to be no touching at all, Ramaphosa suggested religions would decide for themselves what high-risk rituals they had to keep.

See also: The rules for lockdown worship ban live hymns – and touching is entirely out

Meanwhile, a year-long lockdown has changed South Africa in many ways: Companies were forced to move corporate operations from offices to makeshift workplaces in living rooms, kitchens and bedrooms across South Africa when lockdown came into effect. During the initial hard lockdown, only essential workers were allowed to go to work.

Large corporates reported a marked boost in productivity, along with other benefits, that will probably result in many adopting a “blended” model of allowing employees to work from both the office and home in future.

Those who have reopened their offices, are required to comply with strict new health and safety regulations to prevent the spread of the novel coronavirus.

See also: New Covid-19 rules: What your workplace needs to look like

Many businesses got creative to survive

The national lockdown brought many businesses to a grinding halt and owners had to rethink how they did things. Parents have seen a lot more of their children over the past year.

Schools, in accordance with initial hard lockdown regulations, shut their doors on 18 March.

South African Grades 7 and 12 returned to the classroom on 1 June, as the class of 2020 got back to the drawing board after two months at home.

Other learners were meant to follow in due course, as the lower grades were phased in. However, schools were then closed once again, during the infection peak from 27 July for four weeks.

All grades returned to the classroom on 24 August – subject to strict Covid-19 protocol for schools, including mandatory mask-wearing and screening procedures. A Cape Town pupil waits to be screened, before returning to the classroom after 5 long months. (Supplied)

The opening of schools was delayed yet again in January, for two weeks, as infection rates continued to climb from November 2020 to January 2021.  The 2021 academic year kicked off on 15 February.

It’s unclear how the Jerusalema became a lockdown hit – but it now has over 110 million views on YouTube.

South Africans across the country – and people around the globe – have joined the dance challenge on TikTok and other social media platforms.

A Jerusalema challenge at a Shoprite in Limpopo  was even used as a ruse for a wedding proposal. Unlike the AstraZeneca vaccines, which South Africa first procured, the Johnson & Johnson vaccine has proved that it can work against Covid 501Y.V2 variant.

But South Africa is unlikely to vaccinate 67% of the population – to gain herd immunity - by the end of 2021, as previously announced by the health ministry. According to a News24 report, government now plans to vaccinate 22 million South Africans between November 2021 and February 2022.

South Africans are now the most restricted travellers in the world

The discovery of a new Covid-19 variant – Covid 501.V2 - first detected in the Eastern Cape in August 2020, spread to at least 23 other countries. The variant, which is 50% more infectious than the original Covid-19 virus, was largely responsible for driving South Africa's  brutal second wave of infections, and became known globally as the South African variant. The variant is also more resistant to vaccines that the original Covid variant. 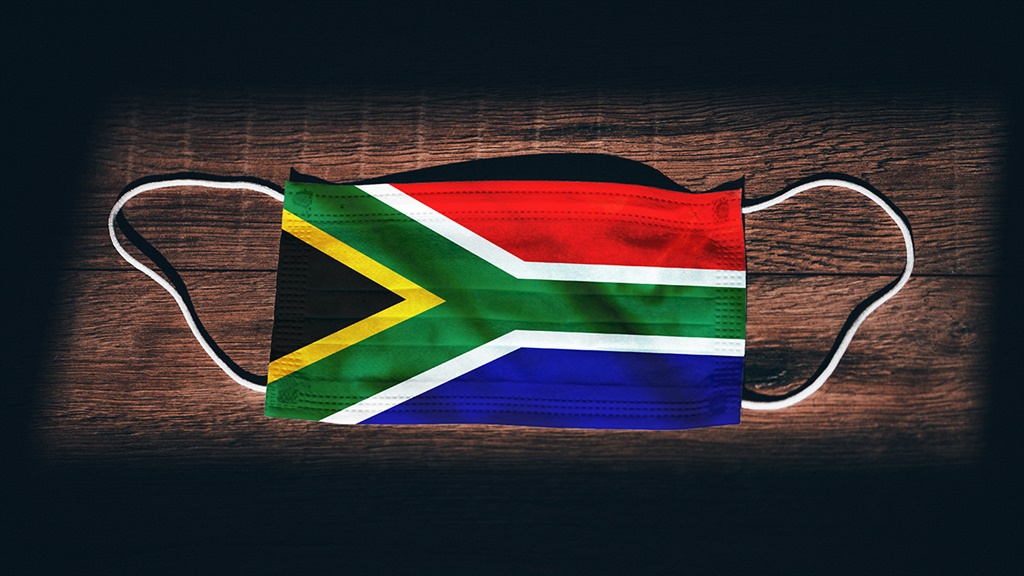 Other countries moved quickly to stop visitors from South Africa in an effort to keep the variant out.

See also: If you care about tourism, stop calling it the ‘SA Covid variant’, govt says

South Africa now faces more travel restrictions than any other country in the world. Travel to approximately 120 countries is either completely prohibited or strictly limited to emergency exemptions in line with the global Covid-19 pandemic.

See also: South Africans are now the most restricted travellers in the world