Bill and Melinda Gates are getting a divorce after 27 years of marriage, the couple announced Monday.
Justin Sullivan/Getty Images

Bill and Melinda Gates are getting a divorce after 27 years of marriage. Bill and Melinda Gates on "CBS This Morning" in February 2019.
Michele Crowe/CBS via Getty Images

The couple, who married in 1994, announced the divorce on Twitter on Monday.

"After a great deal of thought and a lot of work on our relationship, we have made the decision to end our marriage," their joint statement said. "Over the last 27 years, we have raised three incredible children and built a foundation that works all over the world to enable all people to lead healthy, productive lives."

The announcement raises questions of how the couple will divide their massive fortune. Bill Gates, the cofounder of Microsoft, is the world's fourth-richest person with an estimated net worth of $146 billion, according to the Bloomberg Billionaires Index.

The Gates live in Washington state, where all assets acquired through a marriage are split 50/50 unless otherwise specified in a prenuptial agreement. A spokesperson for Bill Gates declined to comment on whether the couple had signed such an agreement.

In another high-profile billionaire divorce in Washington state, that of Amazon founder Jeff and MacKenzie Bezos in 2019, MacKenzie Bezos walked away with 25% of the Amazon stock the couple co-owned, which was worth about $38 billion. Jeff Bezos retained the remaining stock as well as his ex-wife's interests in the Washington Post and Blue Origin.

However their assets are divided, both the Gates will likely remain two of the richest people in the world after their divorce. Read on for 11 facts that put Bill Gates' $146 billion fortune into perspective.

1. Bill Gates has become $41 billion richer in the past year alone. 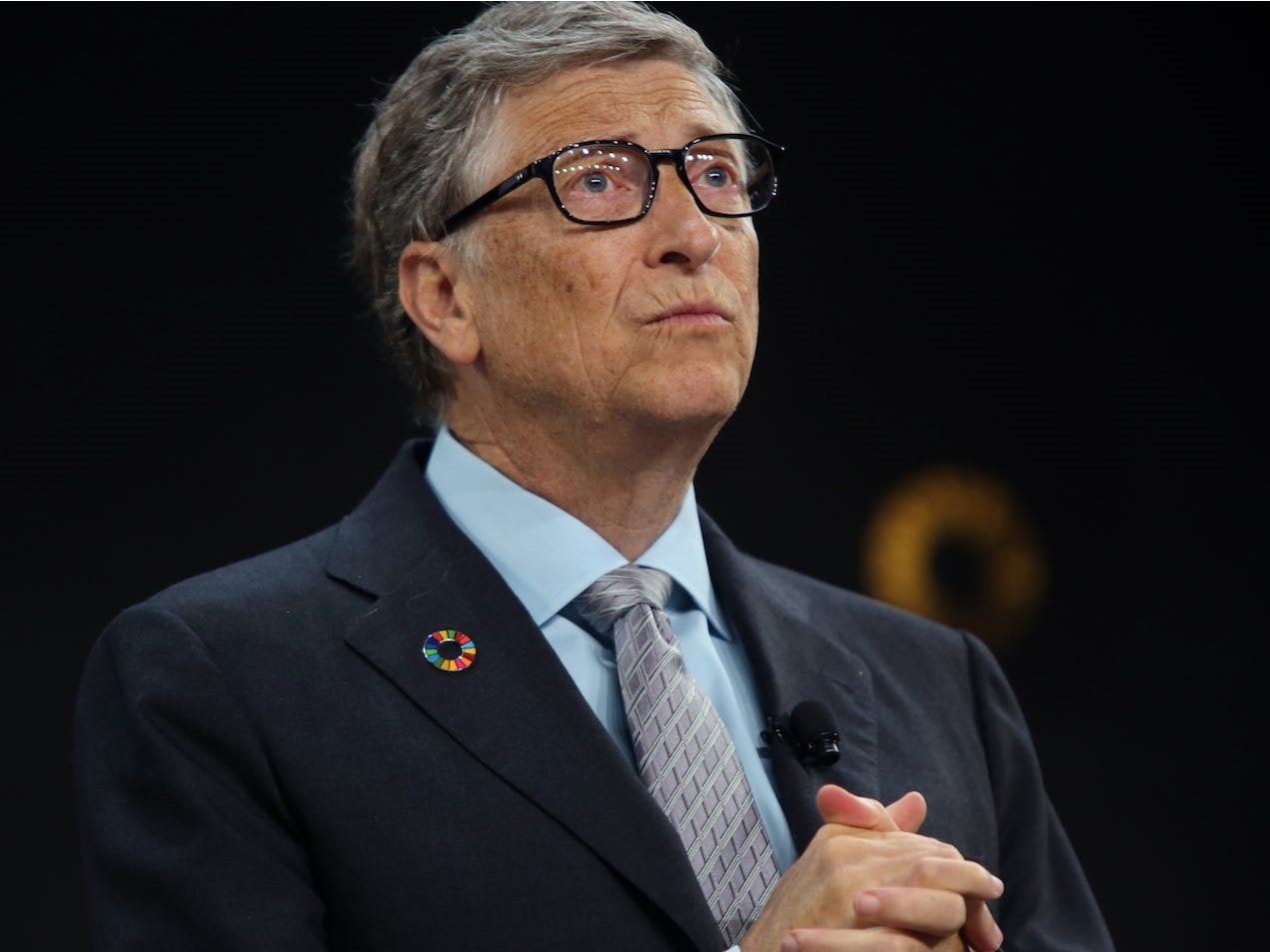 2. Based on how much wealthier Gates got in the past year, he makes approximately $4,630 per second, according to Business Insider calculations. That means it would not be worth his time to stop and pick up a $100 bill that he dropped on the ground.

3. If Gates spent $1 million a day, it would take him about 400 years to spend his fortune, according to Business Insider calculations. But although Gates indulges in a few luxuries — such as a private plane and a massive Washington home now worth $125 million — the billionaire is known for being relatively frugal in his spending.

4. Gates is about 66% richer than the British monarchy. The British royal family was worth an estimated $88 billion in 2017, according to Forbes.

5. Although Gates made his fortune cofounding Microsoft with Paul Allen, he only owned 1.3% of the company in 2019 - and he's still worth $146 billion. It's unclear what percentage of the company Gates now owns after he stepped down as a director of Microsoft in March 2020.

6. Gates remains the fourth-richest person in the world even after giving away at least $41 billion to charity over the years. 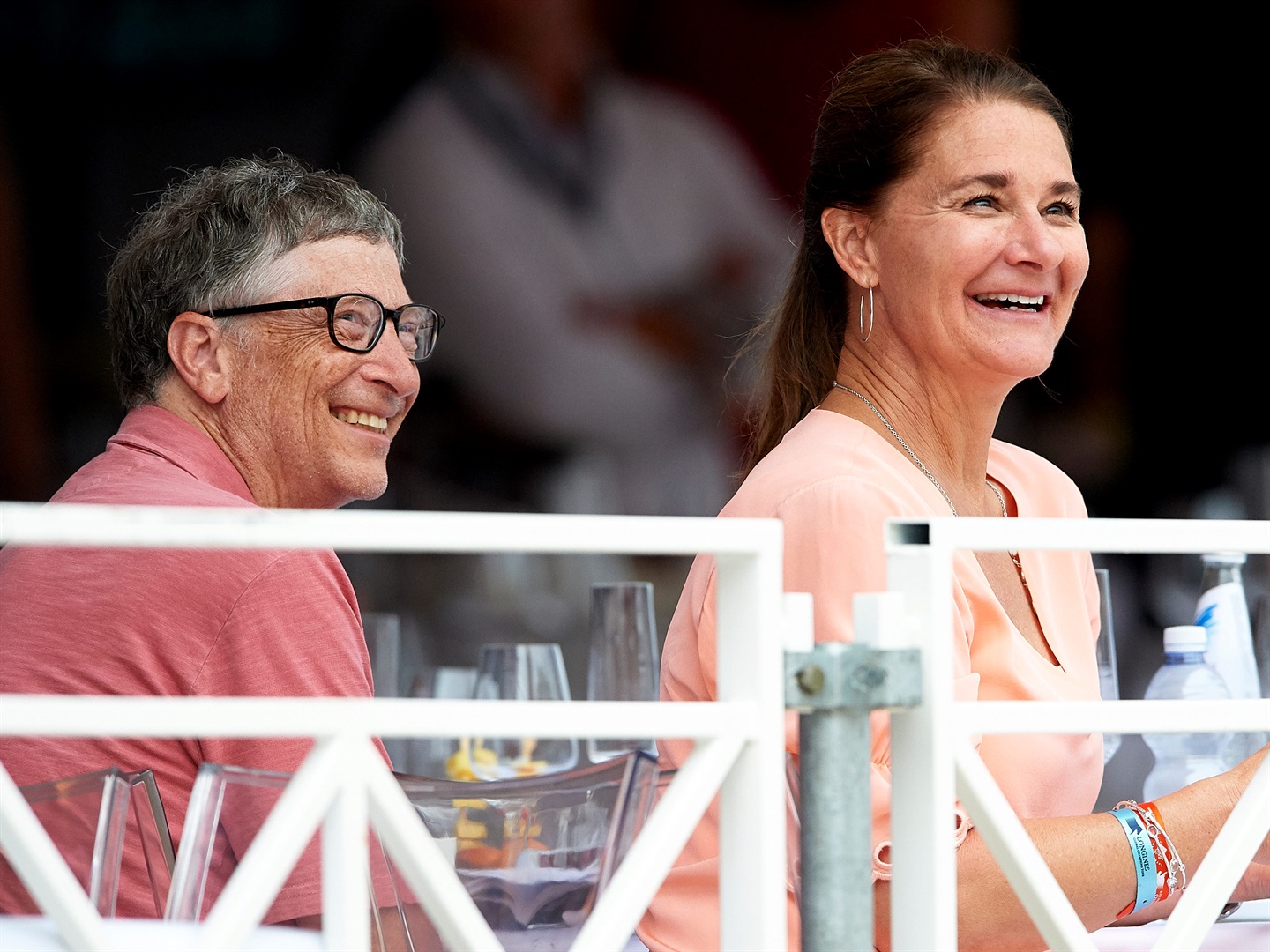 Bill and Melinda will remain co-chairs and trustees of their charitable organisation following their divorce, the Bill & Melinda Gates Foundation, a spokesperson told Insider.

"No changes to their roles or the organization are planned," the spokesperson said. "They will continue to work together to shape and approve foundation strategies, advocate for the foundation's issues, and set the organization's overall direction."

In 2010, Gates and Warren Buffett — now the world's seventh-richest person — founded The Giving Pledge, a charity organization that encourages the world's wealthiest people to give the majority of their fortune to charity during their lifetime or after their death.

He has also invested $50 million into Alzheimer's research and another $30 million to a fund with the aim of diagnosing Alzheimer's earlier.

7. Gates is so rich that an average American spending $1 is similar to Gates spending about $1.2 million. 8. Gates' net worth is greater than the GDP of Luxembourg, Estonia, and Bolivia - combined. Indian businessman Mukesh Ambani, worth $74.7 billion, is the richest person in Asia. And bottled water and vaccine billionaire Zhong Shanshan, worth $66.3 billion, is China's richest person, according to Bloomberg's Billionaires Index.

10. Gates could give every single living person on the planet $15 - and still have $28 billion left over. 11. According to the Social Security Administration, the average American man with a bachelor's degree will earn about $2.2 million in his lifetime. Gates makes that in a little over 28 minutes. According to the SSA, the average American woman with a bachelor's degree will earn $1.3 million in her lifetime.

Based on his earnings of $41 billion in the past year, Gates makes about $78,006 per minute, according to Business Insider calculations.