Omicron has drug companies scrambling. Here are their plans to deal with the variant. 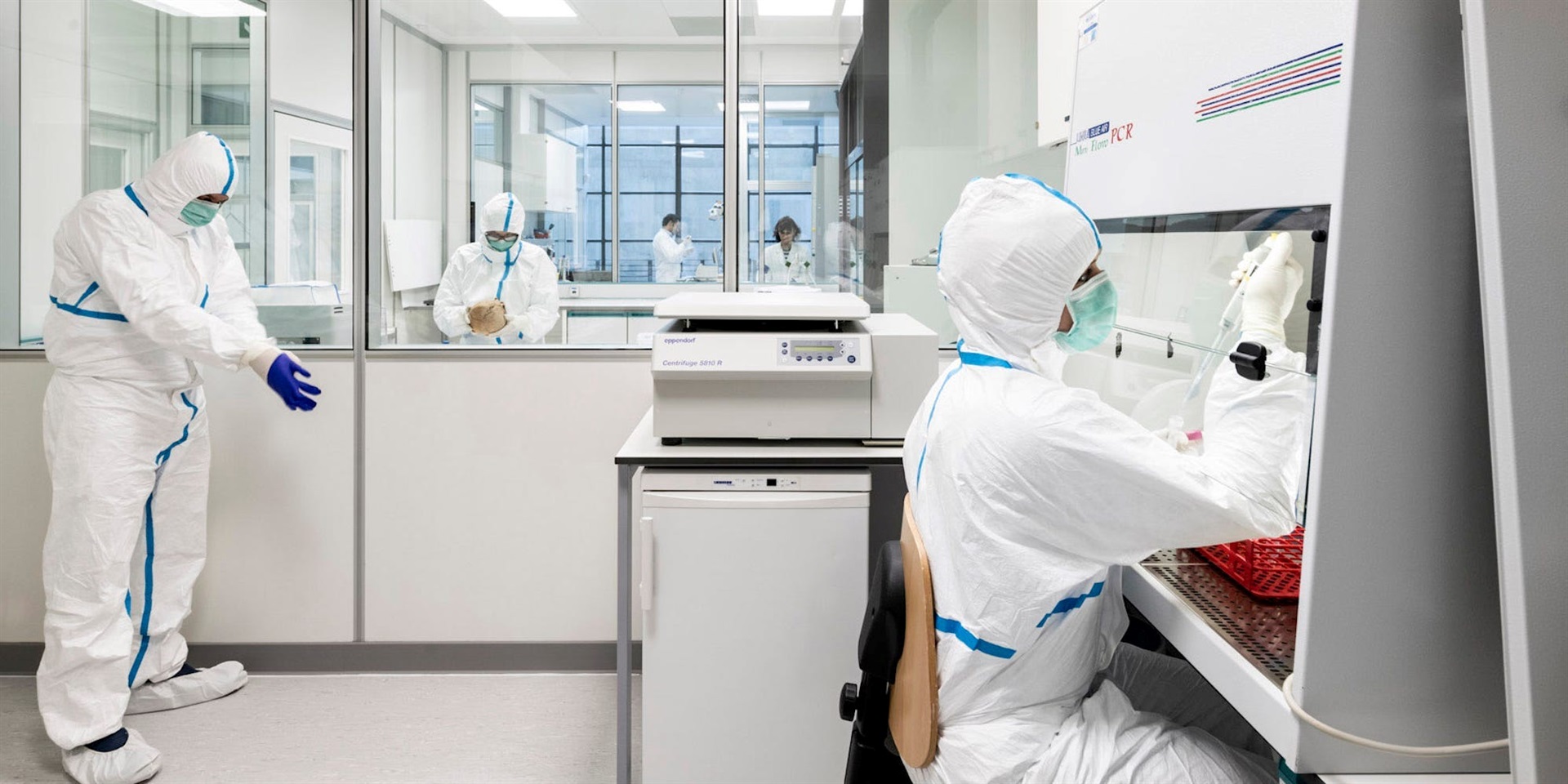 Vaccine and drug developers are preparing for the Omicron variant to turn into the next major challenge of this pandemic.

The new variant, first publicly identified by South African scientists, has already been found in at least 10 countries around the world, with confirmed cases in the UK, Australia, Germany, Canada and several others. The World Health Organisation labeled the new strain a "variant of concern" on Friday, and the world is now waiting on laboratory research to clarify just how threatening Omicron will be.

The biggest questions are still unanswered, particularly how the leading vaccines and treatments hold up against Omicron. Experts say they are worried because this new variant carries more than 30 mutations to its spike protein, the target for the vaccines and many treatments. The fear is these changes to the virus will help it evade protection from vaccination or an antibody infusion. "On the face of it, it looks pretty gnarly," Robert Nelsen, managing director of ARCH Venture Partners, told Insider. Drug companies have been preparing for this moment. The vaccine manufacturers Moderna, Pfizer, and BioNTech have talked up their ability to quickly update their shots to new strains thanks to the flexibility of their mRNA-based shots. While they are also waiting for definitive data on how the current vaccine formulations hold up, they are already jumping into action.

"This is the highest level of alert we've ever been on, by far," Stephen Hoge, Moderna's president, told the Washington Post.

Hoge called Omicron's dozens of mutations "a Frankenstein mixture of the greatest hits," carrying some of the changes that raised alarm with variants like Beta and Delta. Omicron has additional mutations that aren't well-studied yet, he added.

Previous lab studies have shown the vaccines produce fewer neutralising antibodies against the Beta and Delta variants. Those lower antibody levels are still protective, but some experts suspect that change causes protection to wane faster.

Moderna announced its Omicron strategy on Friday. The Massachusetts biotech has started developing a booster shot tailored to the new variant. The company has already started clinical trials for other booster shots, including a version of its vaccine that includes mutations  previously seen in the Beta and Delta variants that are also present with Omicron.

Pfizer and BioNTech are also evaluating an Omicron-specific booster shot. Pfizer has said it can have a new shot ready to manufacture and distribute in less than 100 days.

Other vaccine developers are also scrambling to respond. Johnson & Johnson said Monday it too is working on an Omicron-specific vaccine. The Maryland biotech Novavax said Friday it also is starting to develop an Omicron shot that could start testing and manufacturing in a few weeks, if needed.

Not all agree that Omicron-specific shots are the best approach. Tillman Gerngross, the CEO of antibody developer Adagio Therapeutics, told Insider that a variant-specific shot is a "fool's errand" given how quickly new strains emerge. Gerngross' company is focused on making Covid-19 antibody treatments that are variant-resistant.

Vaccine developers previously created a Beta-specific shot, only to have Delta take over by the time it was ready for clinical study, he said.

"Chasing the waves is an idiotic idea in my view," Gerngross said. Nelsen, a longtime biotech venture capitalist who sits on the board of Vir Biotechnology, said he's confident Omicron will have less effect on the new Covid-19 pills developed by Pfizer and Merck compared to the vaccines.

"The antivirals should work," Nelsen said, although he also doesn't believe Merck's drug will be much help after a new analysis showed it was 30% effective at preventing hospitalisations and deaths.

Instead, Nelsen said Pfizer's pill, which showed a 89% reduction in hospitalisations and deaths, could still have a major impact on the pandemic despite Omicron's mutations. Pfizer has said it plans to produce 80 million treatment courses by the end of 2021.

Unlike the leading vaccines, these antiviral pills don't target the spike protein, meaning experts have confidence they will still be effective against a new variant.

Pfizer CEO Albert Bourla said in a Monday interview on CNBC he has a "very, very high level of confidence that the treatment will not be affected" by Omicron.

Both antiviral treatments are now being reviewed by the US Food and Drug Administration, with an expert panel set to meet Tuesday to review and vote on Merck's drug, which was co-developed with Ridgeback Biotherapeutics.

Antibody drugs could see a major shakeup in leading manufacturers

There's more uncertainty with antibody drugs. These treatments are typically given as IV infusions, delivering antibodies to patients that can help fight COVID-19. A range of companies have produced antibody drugs that are now in use, including Regeneron Pharmaceuticals, Eli Lilly, AstraZeneca, Vir-GlaxoSmithKline, and Celltrion.

Preliminary research from the lab of Jesse Bloom, a Fred Hutchinson Cancer Research Center biologist, indicates that Regeneron's drug could "take a hit" and Lilly's cocktail could also be in trouble against the Omicron variant. But Bloom cautioned on Twitter that it's too early to say for sure how Omicron will impact these drugs, with more research needed.

Some new biotechs see Omicron as an opportunity to show the value of their approaches. Adagio, for instance, was founded in 2020 to develop a COVID-19 antibody drug that can withstand variants. Its stock has more than doubled since last Wednesday, soaring to a $4.9 billion valuation. Adagio's antibody is still in clinical trials to see if it can treat or prevent Covid-19, with pivotal results expected by the middle of 2022, according to Gerngross. Adagio expects to produce 2 million treatment courses next year.

A key challenge will be raising awareness of monoclonal antibodies with clinicians and patients, and making it easier to get access, said Dr. Kavita Patel, a primary-care physician in Washington and former White House health policy director.

"It is just a beast to try to get people monoclonals," Patel told Insider, saying she had to send one patient this weekend to a Connecticut emergency room to get access to antibodies.

Overall, Omicron may draw more attention to treatments, particularly if the vaccines are less effective against the variant.

"We are at a pivotal moment again in this pandemic," Gerngross said.