A lot has changed since the ultra-popular HBO series Game of Thrones was released eight years ago.

Starting with the way we watch it: few would have imagined that they would end up watching the final season on their smartphones or tablets, via DStv Now or Showmax.

The first episode of Game of Thrones season 8 is now available to stream on DStv Now - it will be broadcast on Mnet channel 101 at 22:00, and will be available on Showmax from the same time.

Also read: Here's a complete guide to all the meaningful reunions on the season 8 premiere episode of 'Game of Thrones'

As an estimated one billion people tune into the last season, Statistics South Africa also got swept up by the frenzy, and released a new index that tracks the prices of "essentials" for Game of Thrones viewing since 2011.

Comparing seasons ? a quick look at how prices of winter essentials changed since season 1 #winterishere #GOT #winteriscoming #GameofThrones pic.twitter.com/68BWmKoP1I 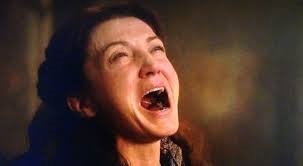 Statistics South Africa says it currently does not include these items in its inflation basket.

Related Links
Here's a complete guide to all the meaningful reunions on the season 8 premiere episode of 'Game...
One of the most famous places in the world is a tiny desert town in Morocco where everything from...
37 important questions the final 'Game of Thrones' season needs to answer
Next on Business Insider
Russia orders block on Caspian oil pipeline that could pull 1m barrels a day from Europe's supply