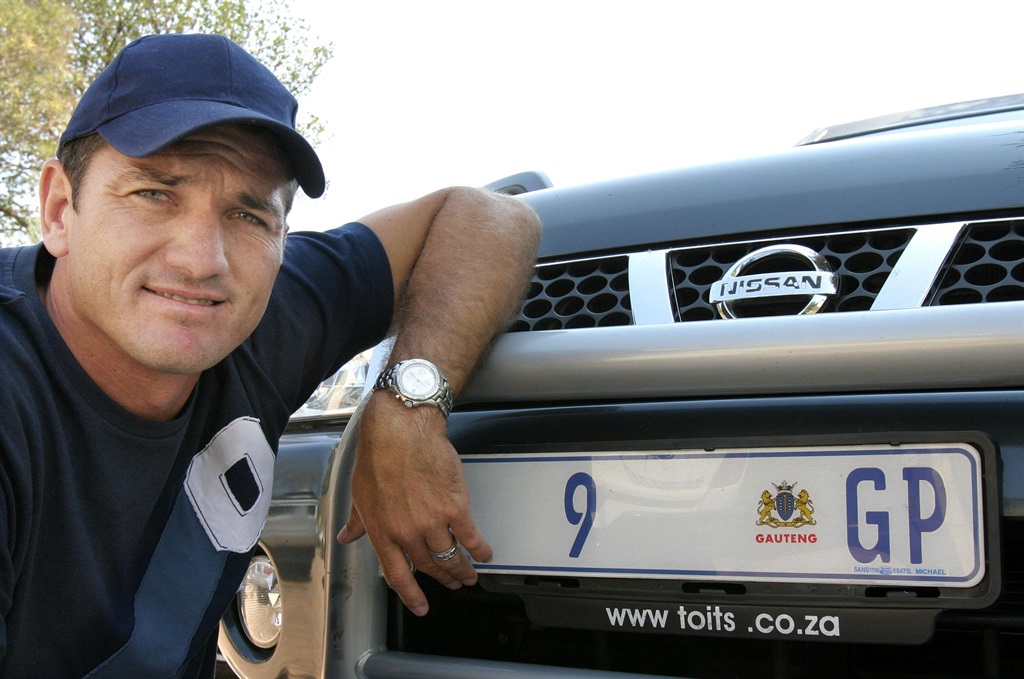 Joost van der Westhuizen in April 2006 with his personalised number plate. Nine was the number on his Springbok shirt. The 9-GP number plate was sold at auction for R167,000. Picture: Joyrene Kramer

A personalised number plate can cost you a fortune in South Africa, if you are buying it on auction as part of a collection, in the roaring second-hand trade in such licence plates.

New, purchased from the authorities rather than a previous owner, custom number plate prices vary wildly between provinces. And the costs can vary within provinces too. In the Western Cape and Gauteng, the less you want on your plate, the more you are going to pay, unlike the flat rates charged by other parts of South Africa.

Here's what you will pay for a customer licence plate in each province.

The most expensive personalised registration numbers (PRN’s) are found in the Western Cape, because it charges more for lower digit plates, which are more popular.

The most expensive WP personalised plate one can buy has a single alpha or numeric character, for R10,000 (1 – WP). Two characters cost R6,000, three characters cost R4,000, and others to a maximum of seven letters or numbers cost R1,750.

Gauteng has the second most expensive personalised plates, but charges much less for its low-character plates. In GP three characters cost R5,950 and between four to seven characters cost R3,450.

Other provinces don't charge per character.

In all other provinces, PRN’s come at flat rates, rather than on a per-character basis.

Here is what they charge:

Personalised number plates can of course only be registered once – meaning there is only one and it cannot be replicated. This means there is a big second-hand market for personalised plates. The most valuable plate collection in SA, GP numbers 1 to 8, sold in 2016 for R1,890.000.