Meet the camels, Beluga spy whales, and other animals who serve in militaries around the world From the horses of Chinggis Khan's army, to Hannibal's famed elephants, to World War I carrier pigeons, animals have played a crucial role in military operations for centuries.

But despite the technological achievements since Hannibal marched his elephants over the Alps in 218 BCE, militaries still use animals, whether for parades, transport, or weapons detection.

In September, as Hurricane Dorian pummeled parts of the southeastern United States, the team of marine mammals from Strategic Weapons Facility Atlantic in Kings Bay, Georgia, where they patrol the waters for enemy crafts or other intruders, were evacuated to Naval Surface Warfare Center Panama City Division in Panama City, Florida, to ride out the storm.

"At NSWC PCD, we personally understand the trials and tribulations that come with the devastation of a hurricane, especially after Hurricane Michael severely impacted our area in 2018," Nicole Waters, the Machine Shops Project Manager in Panama City told Navy Times.

"We strongly support the 'One Team, One Fight' initiative and will always be willing to help protect any Navy personnel and assets."

Read on to learn more about the roles animals play in today's militaries.

A beluga whale was found off the coast of Norway in 2018, sparking suspicions that it was trained as a Russian spy.

The whale was initially found by Norwegian fisherman with a harness strapped to it that read Equipment St. Petersburg, The Washington Post reported at the time. The whale was extremely friendly toward humans, an unusual behaviour for a beluga raised in the wild. It was speculated at the time that the whale's harness may have held a camera or weapons of some sort.

More recently, another whale with a GoPro camera base strapped to it made its way to Norway, where locals named it "Whaledimir."

The US Navy uses sea lions to recover objects at depths that swimmers can't reach. "Sea lions have excellent low light vision and underwater directional hearing that allow them to detect and track undersea targets, even in dark or murky waters," the US Navy Marine Mammal program explains. They're also able to dive much further below the water's surface than human divers, without getting decompression sickness, or "the bends."

They're trained to patrol areas near nuclear-powered submarines and detect the presence of adversaries' robots, divers, or other submerged threats.

Dolphins, too, are used by the Navy to sniff out mines. "Since 1959, the U.S. Navy has trained dolphins and sea lions as teammates for our Sailors and Marines to help guard against similar threats underwater,"according to the US Navy Marine Mammal program.

"Dolphins naturally possess the most sophisticated sonar known to science," the program's website says. "Mines and other potentially dangerous objects on the ocean floor that are difficult to detect with electronic sonar, especially in coastal shallows or cluttered harbours, are easily found by the dolphins."

The Indian Army uses camels in its parades.

It also piloted a program in 2017 to introduce camels as load-bearing animals in high-altitude areas, specifically the Line of Actual Control (LAC) separating Indian-controlled Jammu and Kashmir from the part controlled by China.

The camels could carry 180-220kg loads, much more than horses or mules, and could travel faster too, according to the Times of India.

US special operators train on horses and mules, in case they're working in particularly rugged environments where vehicles might now be able to go. Green Berets from Operational Detachment Alpha 595 rode horses in the mountainous, unforgiving terrain of Afghanistan just after the US invasion, earning them the nickname "horse soldiers." 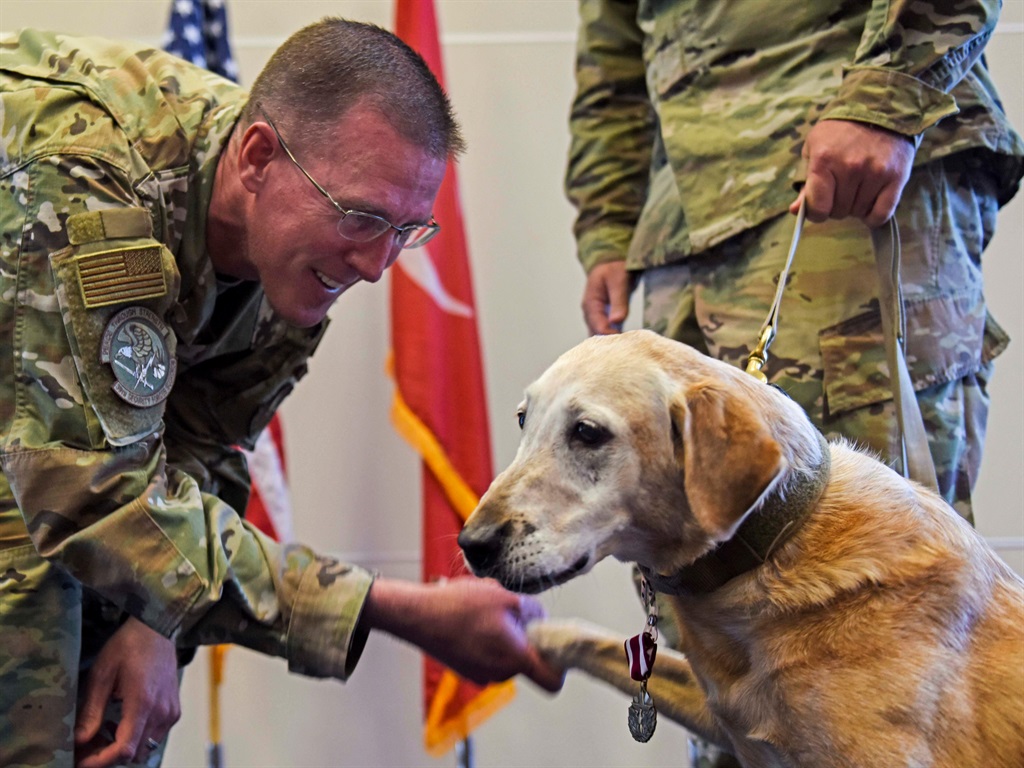 Perhaps the most famous US military dog is Chesty, the English bulldog mascot of the Marine Corps (Chesty XIV retired last year with the rank of Corporal). But Military Working Dogs (MWDs) perform the very serious duties of sniffing out explosives and drugs, and acting as patrols and sentries on military bases.

The Indian military uses mules and horses for transport in rugged terrains and high altitudes.

As of 2019, the Indian armed forces were using horses and mules to transport supplies in difficult terrain, although plans to replace the four-legged forces with ATVs and drones came up in a 2017 Army Design Bureau report, according to the Hindustan Times.