A little panic in Polokwane but mostly calm in PE: here’s how South African customers are reacting to Huawei’s trouble 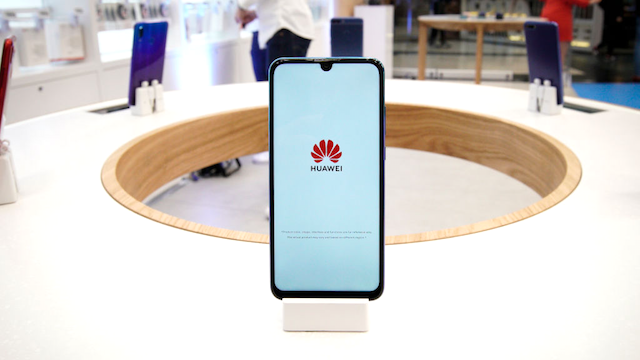 There may be a cloud of uncertainty hanging over Huawei right now – but South African buyers don't seem to particularly care.

A Business Insider South Africa survey of cellphone stores in eight cities on Tuesday found sales staff who suddenly have to spend a lot of time educating customers about Huawei's recent Google trouble, and managers who plan to order fewer – or no – Huawei phones to keep in stock from now on.

But many stores said Huawei phones were still selling strong across the board, even when it comes to the P30 Pro that retails for not much under R20,000.

For now, at least.

See also: Here’s how MTN, Vodacom, Cell C, and Telkom could end up making (possibly rather a lot of) money out of Huawei’s Android crisis

Across South Africa sales staff and managers at cellphone stores were cautious about what could happen with Huawei in future, and said they were making a point to warn customers to not necessarily expect full access to Google services in years to come.

Here's what we found in a survey of cellphone stores in eight South African cities.

In Polokwane the manager of Jakes Cellular, Shaheed Salehmohamed, said he had taken around a dozen calls from concerned Huawei customers on Tuesday alone.

"The message has spread and people are worried about it," he said of those conversations. Yet people who walked in to the shop were "chilled", and still as likely as they had been last week to choose a Huawei phone over the equivalent Samsung model.

However, Salehmohamed is not trusting that sanguinity to continue indefinitely, and is holding back on Huawei orders he had planned to place this week. Instead of keeping 15 or 20 of the best-selling Huawei handsets in stock, he plans to sell down until he has one or two around – just in case.

Several other store managers, who would not specify their usual volumes, also said they would start ordering the more expensive Huawei devices on demand, rather than risk being stuck with stock they can't move.

At the New World store in Menlyn outside Pretoria, sales consultant Wade Walton said Huawei sales had been exactly as usual: "on par with Samsung, maybe slightly lagging behind".

Based on what he's seen this week, Walton ventured that in coming months, once "people start catching wind" of Huawei's troubles, sales could slow down.

At a Vodacom outlet in Port Elizabeth, a manager who preferred not to be named had the same concern about what would happen once "word of mouth" got around that Huawei may not be compatible with all Google services in future.

To date, said the manager, only one client who had signed a contract that came with a Huawei handset had wanted to return it, but that customer was reassured after the full situation had been explained.

An MTN store in Durban similarly reported a single customer who had initially wanted to buy a Huawei device, then changed his mind once he was told of the potential risks.

"He said, okay, let's rather be safe and go for a Samsung," said a store representative who did not wish to be named.

A cellphones store in George also reported that two people with pending purchases had changed their minds. Both, said the shop assistant who did not wish to be named, "were a little elderly" and in no mood to take chances.

In both East London and Bloemfontein, cellphone shop floor staff said they had seen zero impact from the publicity around Huawei – not angry clients, not demands for more information, and no hesitation in purchasing Huawei devices. If anything, said one salesperson, Huawei's were slightly more popular than usual among customers who wanted to compare specifications.

And at the Cellucity outlet at the Waterfront in Cape Town, technician José Craddock said Huawei's plan B operating system and assurances that was not going anywhere seemed to be doing the trick.

Even high-end Huawei phones were "selling like hotcakes", he said.

Related Links
Here’s how MTN, Vodacom, Cell C, and Telkom could end up making (possibly rather a lot of) money...
Huawei CEO Ren Zhengfei says the company is 'fully prepared' for a conflict with the US
Huawei just caught a break: The US government has temporarily loosened its restrictions
Next on Business Insider
How tea made by grinding leaves on a rock in Limpopo made it into Food Lover’s Market