Meat or meat made in a lab. Source: Left (Photo by Amber Kipp on Unsplash), Right (Photo Jay Caboz).

From T-bone steaks to burgers, there is nothing quite like a juicy flavourful hunk of meat to get many South Africans salivating– but would you sink your teeth into it if it was grown in a lab?

Thanks to a bunch of innovative South African companies the food of tomorrow may be arriving on your dinner plate sooner than you think.

They call it cultivated meat. In theory, it tastes the same as real meat, but instead of farming cows out in a field, they take cell proteins and grow them in bioreactors in the laboratory.

"Probably the easiest [to make] is your typical ground meat mincemeat product that one can produce, which can be made into various products. And then of course, the gold standard one day is going to be that whole cut steak produced as a whole construct."

These are the words of Dr Paul Bartels, a wildlife veterinarian with over 25 years' experience in biobanking, cell culture, and assisted reproduction technologies. It was this work which led Bartels to founding the Mogale Meat Company, which has been researching how to grow meat – from springbok to chicken - in its laboratories in Hartbeespoort, South Africa.

"At some stage, I read an article about cultivate meat, and suddenly the light went on, you know, here was a massive opportunity to actually play a much larger role in conservation," says Bartels. Bartels has a long list of accolades in genetics. From being involved with the first artificial insemination of an eland; to being one of the researchers behind cloning the first cow in Africa; and the founder of the Wildlife Biological Resource Centre (which later became the SANBI National Biobank) that has for the past 20 years collected and archived sperm, tissue, blood products and the DNA samples of some 880 species of African animals, endangered and common, for research and conservation purposes.

Now, Bartels wants to be part of a solution to counter the rising the cost of meat and its impact on the environment. Africa alone is expected to add 1.3 billion people by 2050—that's almost 1 in 4 people on Earth - and land and food security are going to be massive challenges for the future, he says.

"We're looking at making your better tasting [game] meats, which is species like your springbok, and impala. So, we are working with several wildlife species now. It's a lean meat, it's so much healthier than beef."

It's not just wild meat that Mogale is making. In May 2021, Mogale partnered with Cryowild BioBank NPC, University of KwaZulu-Natal, and Tshwane University of Technology to found MeatOurFuture, a non-profit organisation, that wants to feed a billion people with cultivated chicken meat.

The project has gone on to be included as one of 28 semi-finalists from 14 countries competing in the XPRIZE Feed The Next Billion competition, which incentivises protein-based alternative technology with a $15 million prize. Over a three-year period, they need to produce a chicken breast or fish fillet alternative that is not only tasty and nutritious, but also cheap.

"But now what that means is that we've got some very strict timelines. So, within a year, we basically have to produce about an 80 gram whole cut chicken as the first milestone… and if you then get chosen to go into the finals, we've got another year where we have to produce up to three kilograms," says Bartels.

The company has set its eyes on producing their first tasting prototype of meat by the end of the year.

Beef for your braai - Mzansi Meat Another company that has set its sights on becoming one of the first in Africa to make cultivated meat is the Cape Town based Mzansi Meat Co. Founded by South African entrepreneurs Brett Thompson and Jay van Der Walt, they believe cultured meat could take over our restaurants and supermarkets, much like how plant-based alternative meats like how Beyond Meat patties are doing so today.

"I remember speaking about this a few years ago in about 2014 or so and it was just completely a concept that was never going to land, and now it's completely different," says Thompson.

Instead of targeting game and chicken, they are looking at cultivating beef as supplement for the everyday person.

"Within the South African context, most people are only really eating poor cuts of meat, whether it is chicken feet or pig snouts. We want to be able to introduce [cultivated meat] to the people that are getting the off cuts and ultimately create something that will be the same and in a far more controlled and sterile environment."

The cost of creating cultivated meat has dropped significantly since its debut in 2013. The first cultivated meat burger cost R4.8 million to develop and was secretly funded by Sergey Brin, the co-founder of Google, reports the BBC. But these days thanks to interest in innovation the price has fallen off to about R250 according to Thomson.

"The technology might be complicated but there was never a full team of scientists spending full days working on how to grow meat," says Thompson.

Mzansi Meat Co. believes it can have a working prototype on the market by the second half of 2022. Just in time for summer days and millions of meat-craving South Africans keen to sample some over the coals.

From petri dish to plate, how is it made? 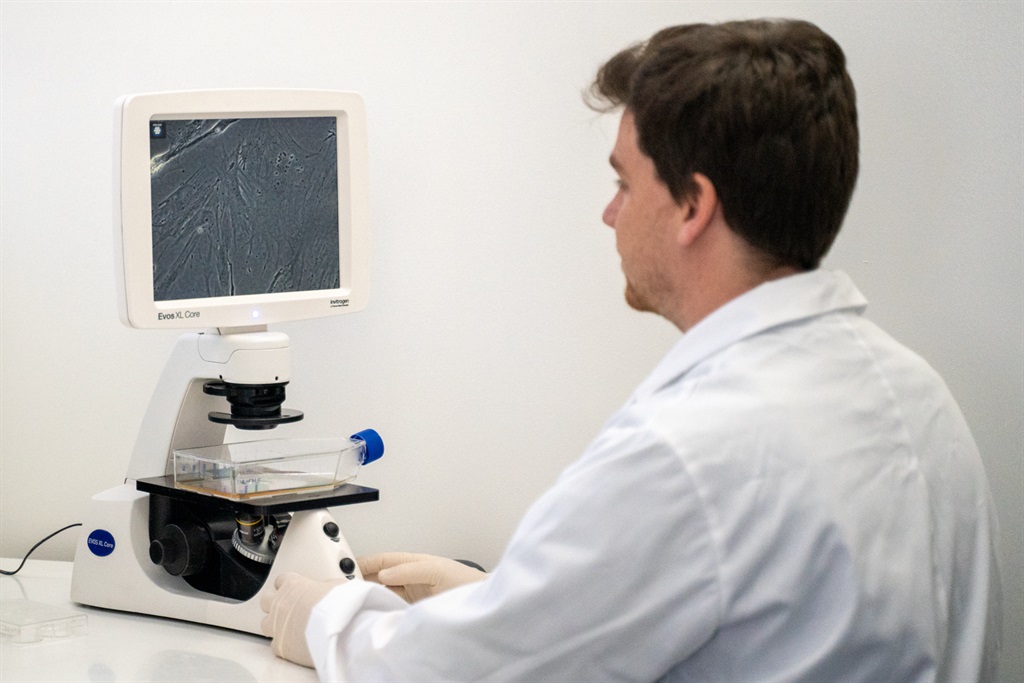 Cultivated meat is grown in a petri dish from a small, tiny 0.5-gram sized biopsy taken from an animal. From it, scientists can extract protein cells and, under the right conditions, nurture them in a bioreactor. How cultivated meat is made compared to farming. Source Mogale Meat Company.

Even after making the meat, regulatory approval is still one of the toughest hurdles the companies will have to face. But, this could change after other companies like California-based Eat Just gained approval in Singapore to sell nuggets on the market for the first time. Other news out of Asia, the United States, Europe, and Australia is that they are also considering cultured meat, reports the Spoon.