Countries controlling the coronavirus have 3 strategies in common: masking, robust testing and tracing, and a consistent federal plan 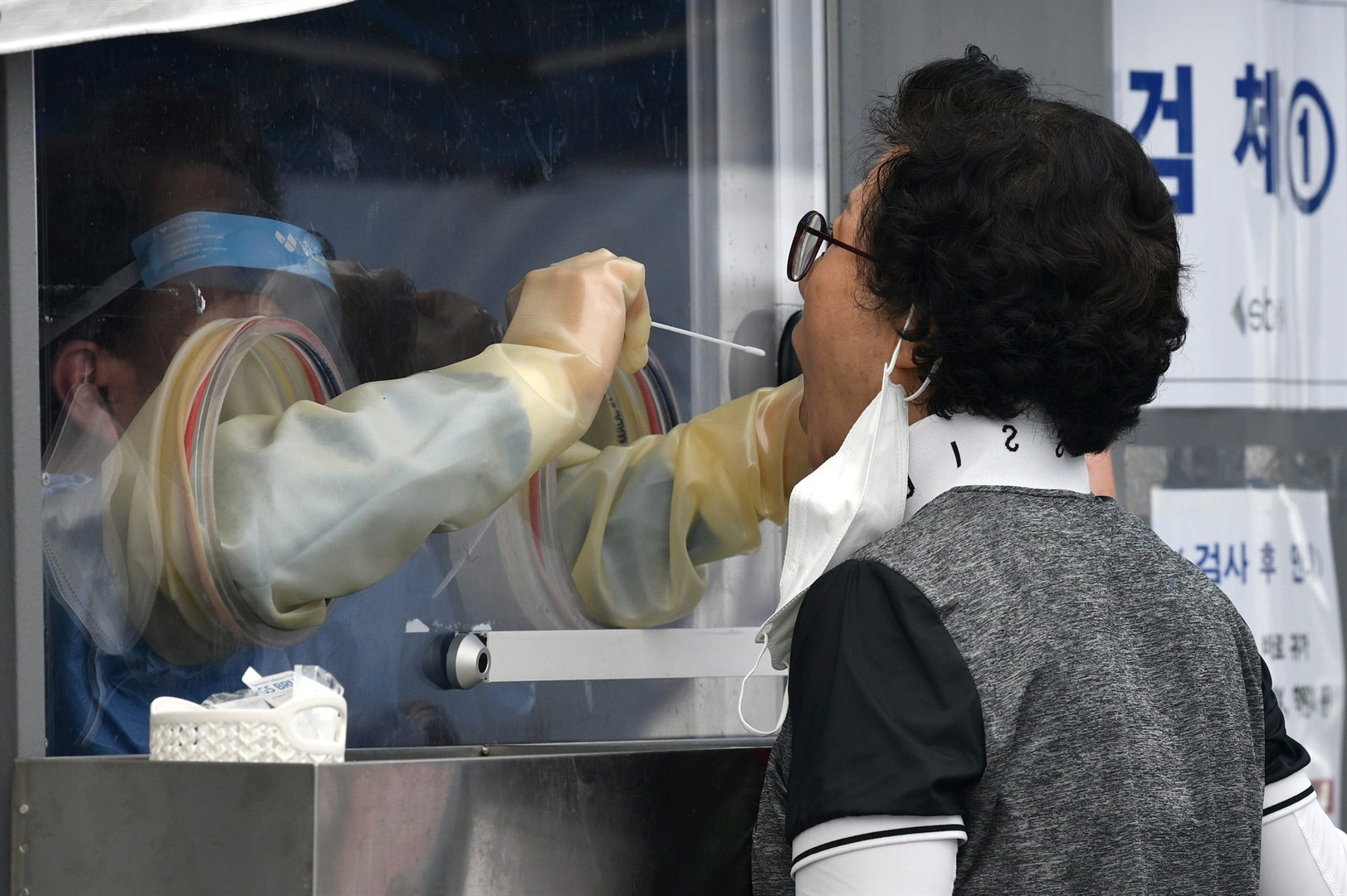 Nine months into the pandemic, the US and parts of Europe are seeing their coronavirus outbreaks spiral even further out of control, with record-breaking daily infection counts.

And then there's Taiwan, which just marked its 200 consecutive day without a single new Covid-19 case.

Or take the epicentre of Australia's pandemic, the state of Victoria, which recorded zero cases for the first time in four months on both October 26 and 27.

According to public-health experts, these successes are the result of a clear recipe: Create a cohesive federal plan with consistent messaging, get everyone to wear masks, and implement widespread testing and contact tracing. The countries failing to curb their outbreaks are missing at least one of those elements. The US lacks all of them.

"I think an organized federal response and the populace trusting their leaders and public-health officials is the most important, and we have failed miserably at both," Monica Gandhi, a professor of medicine at the University of California, San Francisco, told Business Insider.

Having a plan, and communicating it effectively

Emma Hodcroft, a scientist from Basel, Switzerland, who studies the coronavirus' genetic code, said she sees a common trend among governments that got the virus under control: They have a plan in place in case cases rise, communicate it clearly to the public, and enact it quickly whenever numbers start going up.

"A lot of countries have tried to kind of figure this out as they go in the autumn, rather than having pre-set limits and recommendations on when and what measures should be taken, and by whom this is done, and at what level," Hodcroft told Business Insider.

The problem with a reactive approach, Hodcroft added, is that "it can encourage remaining in the status-quo."

"Especially if cases are rising gently at first, which was the case in many countries, it's incredibly temping to downplay this and hope that it will go away, or plateau, and not take action," she said.

The timelines in western Europe serve as good examples of this inertia: Cases have been rising steadily for nearly six weeks in many countries, but the UK, Belgium, Portugal, Germany, and France only just implemented new lockdowns. Even Sweden, which had initially instituted relatively few shutdown orders, recently adopted stricter guidelines about gatherings and non-essential recreation after cases there surged 70% in one week.

By contrast, Australia, China, and New Zealand have used location-targeted lockdowns to great effect over the last several months, requiring shutdowns only in cities and regions experiencing outbreaks.

Japan's government, meanwhile, put out clear messaging early on instructing citizens to avoid the three C's: closed spaces, crowded places, and close-contact settings. Then the country used a comprehensive system of regional healthcare facilities, partially funded by the federal government, to expand testing and public-health communication. Combined, these actions meant Japan didn't have to lock down at all.

South Korea, for its part, leveraged smartphone technology to communicate its response and give the public clear information. Its government provided free apps that sent people emergency text alerts about spikes in infections in their local area, granted access to telemedicine, and informed users about the number and type of face masks available at stores for purchase. According to Gandhi, it's now too late for countries that didn't pursue this type of approach from the beginning.

"I don't believe we can get to zero transmission in the US given our initial failed response," she said. "Therefore, I think we have to focus on minimizing transmission and minimizing the severity of disease."

A mask mandate is "incredibly simple, yet increasingly looks to be effective way to help control transmission," Hodcroft said.

One model from the University of Washington's Institute for Health Metrics and Evaluation predicted that if 95% of Americans wore masks, at least 63,000 lives might be saved between the end of September and March 1.

But in the US, masks have come to be seen by some, including President Donald Trump, as a political statement. Protesters have rallied against mask mandates, saying they violate personal freedom. A mostly mask-less crowd waiting to get into a Trump rally in Tulsa, Oklahoma, on June 20, 2020.
Michael B. Thomas/Getty Images

The lack of federal guidance about masks from the White House resulted in piecemeal policies: A majority of US states have statewide mask rules, though 17 have mask requirements in only in some areas, and South Dakota has no rule at all.

Masking rules are lax in many regions of Europe, too. Face coverings are compulsory in public indoor settings and on public transportation in the UK, for workplaces across France, and for all Parisians. But these mandates didn't go into effect until summer. Sweden, neither requires nor recommends universal mask use.

In countries like China, Taiwan, and Singapore, by contrast, mask use is almost universal. In South Korea and Melbourne, Australia, residents who don't wear a mask in public and businesses that do not enforce mask-wearing can be fined. Even Russia, where President Vladimir Putin has in the past downplayed the pandemic, announced a national mask mandate last week.

The other crucial tool that successful coronavirus responses all have in common is a combination of testing and contact tracing. Gandhi and Hodcroft both said the key to minimizing transmission is offering robust, accessible, free testing to identify and isolate coronavirus patients, then tracing their contacts and getting those people to quarantine.

"'Test and trace' is one of the most effective tools in containing spread because, if it's working ideally, you find these spreading events and all the people attached to them, and cut them off quickly," Hodcroft said.

China, for example, tested 2.8 million people in one day after a single case was reported in Kashgar. That led authorities to catch and contain an additional 137 cases.

But for this tool to be effective, anyone with exposure — the suspected cases — must isolate. The same goes for people coming into the country from abroad. But in the US, that process is typically an honor system that relies on individuals to voluntarily follow recommendations.

In South Korea, on the other hand, many international travellers are transported straight from the airport to a government quarantine facility. They stay in a hotel room, have meals brought to them, then leave after two weeks.

If a South Korean resident tests positive or is suspected of coming into contact with a coronavirus patient, health authorities have them download self-quarantining apps that monitor their condition and set off an alarm on a user's phone reminding them not to venture out of a designated quarantine area. 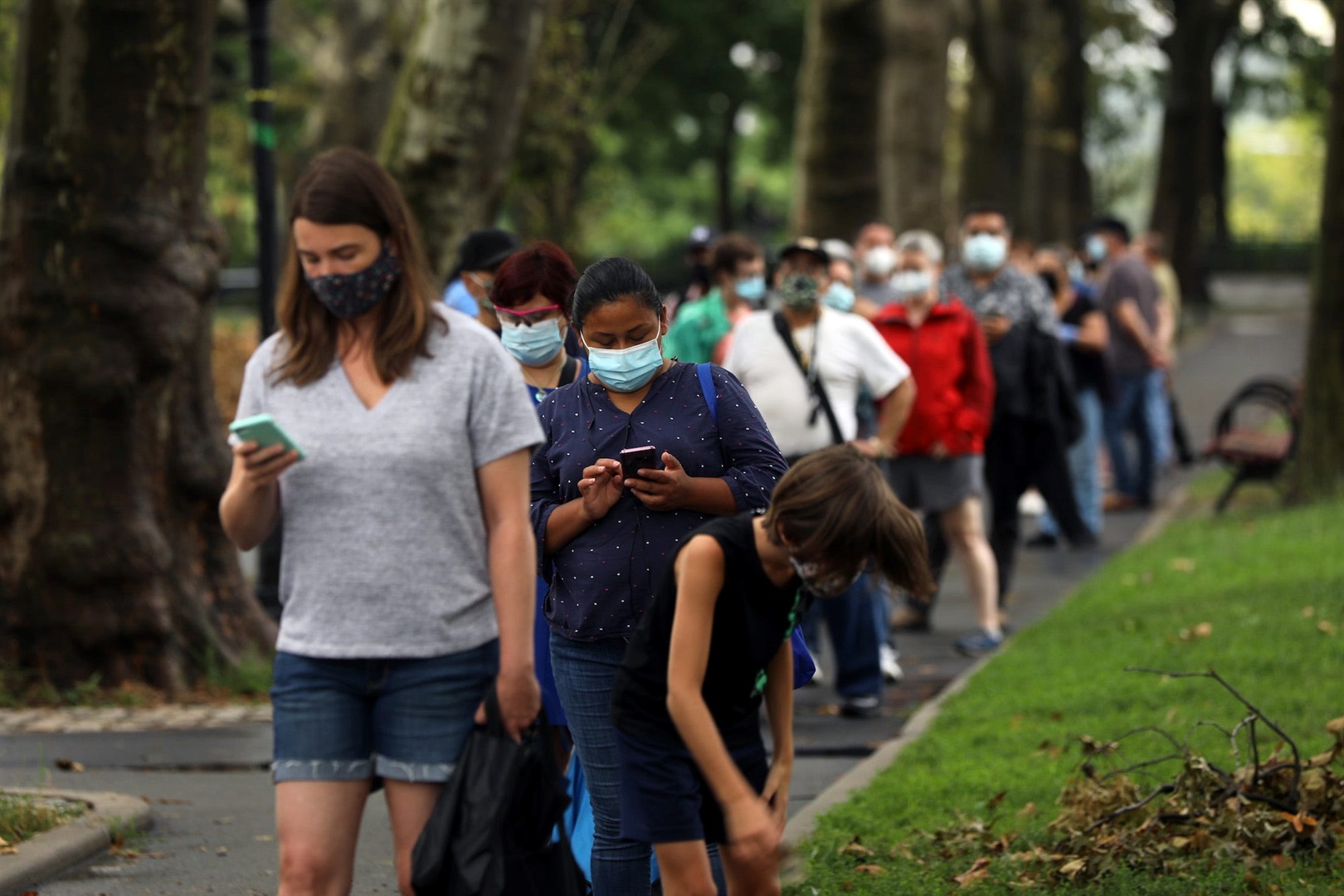 People line up to take a COVID-19 test in the Sunset Park neighborhood of Brooklyn, on August 13, 2020 in New York City.
Getty Images/Spencer Platt

While the US's and Europe's testing and tracing programs have vastly improved since March, there are now too many new cases reported per day for that strategy to work on its own, experts say.

"When you start getting the numbers of cases in the hundreds and potentially thousands, it's almost impossible for contact tracers to be effective," Adrian Esterman, an epidemiologist at the University of South Australia, previously  told Business Insider.

That's why the US's first step must be to get its surge under control; then cases could get back to a level where testing and tracing are once again effective, Hodcroft said.

"I don't think it's impossible that the US could turn this around," she added.