In a tough economy, which probably shrank dramatically in the first quarter of the year, one sector continued to grow in South Africa.

Transaction Capital reported that its SA Taxi business, which finances, sells, and insures minibus taxis, grew its half-year headline earnings by almost a third. Loans to taxi operators jumped 14% to more than R10.1 billion. SA Taxi finances some 650 minibus taxis every month, and it has 30,000 operators on its books.

Despite fare hikes due to higher fuel prices and higher vehicle prices, the demand for minibus taxi transport continues to grow. It remains a a non-discretionary expense for most South Africans, Transaction Capital says.

Here's what you need to know about the SA minibus tax industry.

It’s worth about R50 billion a year

That's equal to more than a third of annual sales at Shoprite, which are worth R145 billion

69% of all South African households use minibus taxis

Fifteen years ago, only 59% of South Africans used taxis. In the past five years alone, minibus taxi usage has increased by 25%.

Minibus taxis represent 75% of all transport to work, schools and universities in South Africa. There are 250,000 minibus taxis currently doing business in South Africa This is how taxi prices compare with buses trains and Uber:

According to Transaction Capital, the average minibus taxi fare last year was R16.00 with minibus taxis, compared to a train ticket of R9.50 and bus ticket R17.80. Uber cost R280. The average taxi operator on this route will earn a profit of R20,000 a month, says Transaction Capital. Transaction Capital says in some regions fares were increased twice last year, due to fuel price hikes. Historically, fares are only increased once a year.

These were some of the average fare increases: Three people are killed in taxi-related accidents every day. The scene near Durban where a taxi rolled over and caught fire, injuring 16. (Netcare 911)

Of the 36 people who die in accidents per day on South African roads on average, three are killed in taxi related incidents.

A survey among taxi passengers by the South African Institute of Race Relations, found that 52% had seen or experienced a road accident for which a taxi driver was responsible.

Some 47% of passengers have seen illegal acts, like paying bribes to avoid a fine. And 44% said they had seen a taxi driver being unable to produce a driver’s licence. 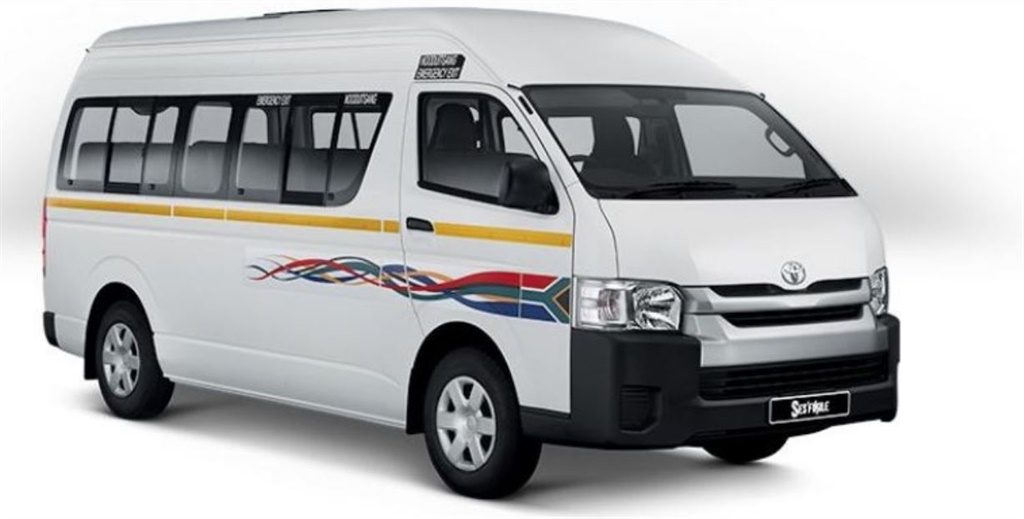 Taxi owners get R124,000 when they trade in their own models

The Department of Transport increased the mini-bus taxi scrapping allowance from R91,100 to R124,000 per vehicle last month. Government introduced the scheme more than a decade ago, to encourage taxi owners to take older, unsafe vehicles off the road, and replace them with safer vehicles. By September last year a total of 72,653 old taxis have been scrapped and a total amount of R4.4 billion was paid to taxi owners.

The minibus taxi industry only became legal in 1987

Until 1987, it was prohibited to transport passengers without a permit in South Africa. More than 90% of applications by black taxi-owners were rejected by the Apartheid government. They were forced to illegally transport passengers, and in the 1980s started using kombis.This was still deemed illegal by the state.

Due to pressure from taxi owners, who organised themselves in associations, government was forced to regulate the industry in 1987, which made made minibus taxis legal for the first time.

43% of all assassinations in South Africa are taxi-related

Taxi violence, primarily over the control of profitable routes, has cost many lives. According to Assassination Witness, a contract-killings database, 43% of all assassinations in South Africa between 2000 and 2017 were related to the taxi industry,

Related Links
We tested a new app that allows you to negotiate the cheapest fare from taxi drivers
Uber South Africa may put panic buttons in cars next year
After a R1.7 billion deal, taxi operators who don’t pay back their loans will answer to their peers
Next on Business Insider
Saudi Arabia says it won't take any further action to curb soaring oil prices