Prosecutors left a trail of breadcrumbs about Trump's finances, and House Democrats are now digging deeper 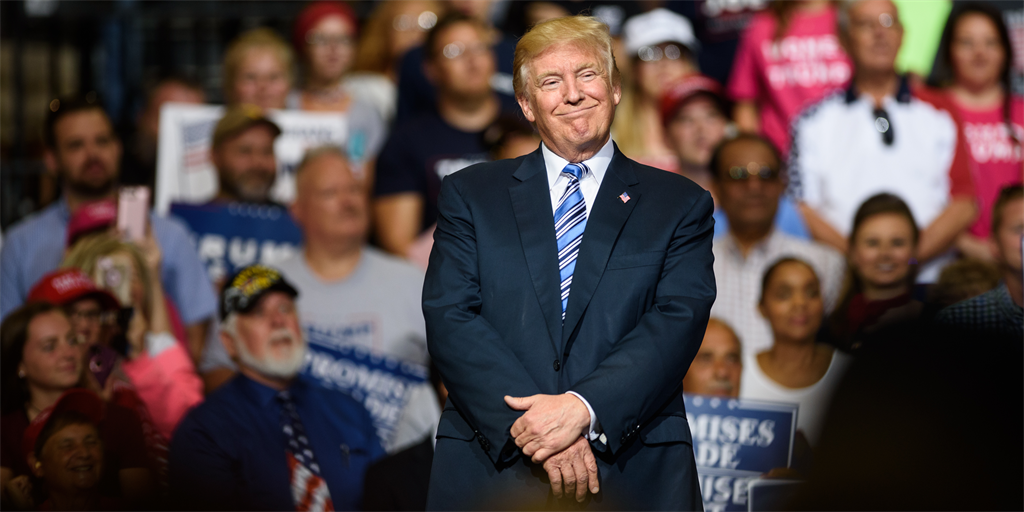 Prosecutors investigating President Donald Trump and his finances left a trail of breadcrumbs that House Democrats are picking up on after the special counsel Robert Mueller wrapped up his work on the Russia investigation last week.

Mueller was tasked with investigating Russia's interference in the 2016 US election and whether the Trump campaign coordinated with Moscow to tilt the race in his favor. Encompassed in that investigation was the FBI's counterintelligence inquiry into whether Trump is acting as a Russian agent.

As part of the counterintelligence probe, Mueller's team was known to have examined Trump's business dealings to determine whether he had any financial interests related to Russia that could affect his ability to conduct US policy.

Trump maintains that he has no financial links to Russia.

The comment appears to stand in contrast to those made by Trump's eldest son, Donald Trump Jr., in a 2008 New York Times op-ed. The younger Trump wrote, "In terms of high-end product influx into the US, Russians make up a pretty disproportionate cross-section of a lot of our assets ... We see a lot of money pouring in from Russia."

Eric Trump said the same to a reporter. He later backtracked and said the Trump Organization's funding came as a result of "incredible cash flow."

Those negotiations took place at the height of the 2016 campaign, and Justice Department veterans told INSIDER that prosecutors likely asked about the project to gauge whether there was any quid pro quo in which the Trump campaign offered to soften the US's stance toward Russia in exchange for the Kremlin's approval for the project.

In a separate case that Mueller referred to the Southern District of New York (SDNY), federal prosecutors implicated Trump in campaign-finance violations related to hush-money payments that his former lawyer Michael Cohen facilitated to two women who said they had affairs with Trump.

Cohen pleaded guilty to several counts of tax evasion, bank fraud, and campaign-finance violations as part of the SDNY's investigation. While Trump was not specifically named in the charging document, he is widely believed to be the person whom prosecutors referred to as "Individual-1" in the court filing, which legal experts say makes the president an unindicted coconspirator.

Cohen is still cooperating with prosecutors in the SDNY's investigation, as well as other ongoing criminal inquiries. But he shed more light on Trump's financial dealings during a blockbuster hearing before the House Oversight Committee last month.

In addition to implicating Trump Jr. and Allen Weisselberg, the Trump Organization's chief financial officer, in "garden variety financial fraud" related to the hush-money payments, Cohen also said it was possible Trump may have inflated or deflated the value of his financial assets for insurance and tax purposes.

'We're not leaving any stone unturned'

House Democrats have seized on Mueller's and the SDNY's findings, as well as Cohen's testimony, to launch a sprawling inquiry into every aspect of Trump's life: his campaign, his business, his defunct charity, his personal affairs, his inaugural committee, and more.

House Democrats have also zeroed in on Trump's tax returns, which have still not been made public.

"We're not leaving any stone unturned," one congressional aide on the House Judiciary Committee, which is conducting the investigation, told INSIDER on Tuesday.

This person added that House Judiciary Committee Chairman Jerry Nadler believes getting Mueller's full report on the Russia investigation - as opposed to Attorney General William Barr's concise summary - is crucial to determining the motivations behind the myriad contacts between Trump associates and Russians, as well as why Trump has shown deference to Russian President Vladimir Putin since the campaign.

House Democrats are not limited by the same rules as the special counsel's office, and unlike prosecutors in New York, they do not face any jurisdictional constraints.

In early February, House Intelligence Committee Chairman Adam Schiff announced a sweeping probe into the president's finances, including potential ties to Russia but also well beyond that - including possible money laundering by the Trump Organization.

"Our job involves making sure that the policy of the United States is being driven by the national interest, not by any financial entanglement, financial leverage or other form of compromise," Schiff said in announcing the expansive investigation.

Schiff and other top Democrats are looking into why German-based Deutsche Bank was willing to lend the Trump Organization money for many years, even as other banks had turned it down.

"The concern about Deutsche Bank is that they have a history of laundering Russian money," Schiff said in December. "And this, apparently, was the one bank that was willing to do business with the Trump Organization."