The river Belcoo, which forms the border between Northern Ireland and the Republic of Ireland.
Dan Kitwood/Getty Images

Hong Kong residents fleeing their home amid China's crackdown might soon have a new place to settle - in the Irish countryside.

Ivan Ko, the founder of charter city investment company Victoria Harbour Group, formulated a plan to build a new city modelled after Hong Kong to house emigrants near Dublin's airport. Ko's new city, which he told The Guardian would be called Nextpolis, would house 50,000 former Hong Kong residents in a 50 square kilometre site located between Dublin and Belfast, complete with Cantonese-speaking schools.

"We like Ireland," Ko told The Guardian's Rory Carroll. "Corporate taxes are very low. You have very strong manufacturing and biomedical companies. Major tech giants have European headquarters there. Overall we think Ireland is very good."

Ko had originally planned for a 500,000-person Nextpolis that would be semi-autonomous like his native Hong Kong, but dropped that aspect of the plan after consulting with the Irish government starting in December 2019, per The Guardian. A spokesperson for the Irish Department of foreign services told The Guardian that Irish officials had had limited contact with Ko's team "to provide helpful and realistic guidance about Ireland."

Hong Kong is grappling with an uncertain future 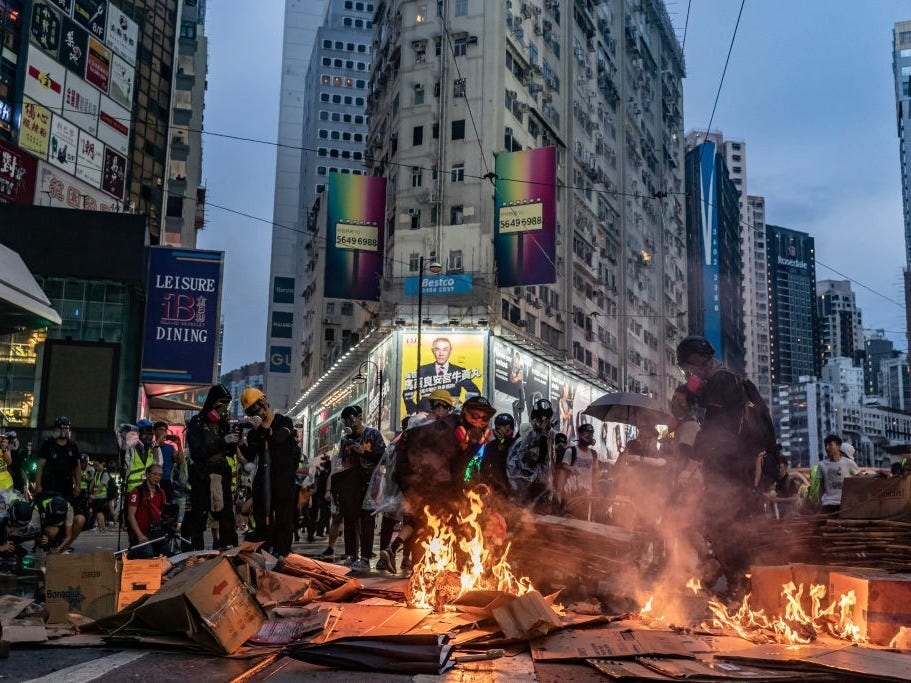 Hong Kong has been gripped by unrest since mass protests broke out over an extradition bill in March 2019, and later morphed to oppose new national security laws that criminalise dissent, Business Insider previously reported. City residents are expected to emigrate in large numbers as China continues to tighten its grip on the one-time British colony with little regard for condemnations from the west.

Both the UK and Australia have made special immigration provisions for Hong Kong residents looking to relocate, per Fox News, and Nextpolis' proposed location would allow immigrants to live in Belfast and take advantage of the UK's path to citizenship for select Hong Kongers.

"We are in pursuit of freedom and democracy, which is a little bit similar to the pilgrims and the puritans who left Europe in pursuit of religious freedom," Ko said while describing the project on his podcast, per The Guardian.