Hong Kong activists are getting protest tattoos of umbrellas and a bleeding eye, in a bold break with the movement's anonymity Hong Kong activists are getting protest tattoos featuring symbols of the movement, in a surprising break from its general commitment to anonymity.

But many Hong Kongers have chosen to express their commitment to protests by getting symbols associated with the movement as tattoos, a CNN report said.

One tattoo, first reported on by CNN, is of a bleeding eye.

On August 11, a female medic was allegedly blinded in one eye after police shot at the crowd in Tsim Sha Tsui. A viral photo of her and the chant "An eye for an eye!" have become a new symbol of the protest.

This tattoo inked onto one protester has two meanings depending which way it is read. One way makes it mean "Hong Kong," and when read the other way it says "add oil." "

Add oil" is a hybrid Chinese-English phrase which Hong Kong protesters use to encourage each other.

The tattooist who supplied the artwork told CNN they gave out over 100 free protest-based tattoos to demonstrators in July.

This tattoo, posted on August 3 by tattooist Zada Lam, is of the Hong King bauhinia flower, and the umbrella protest symbol. 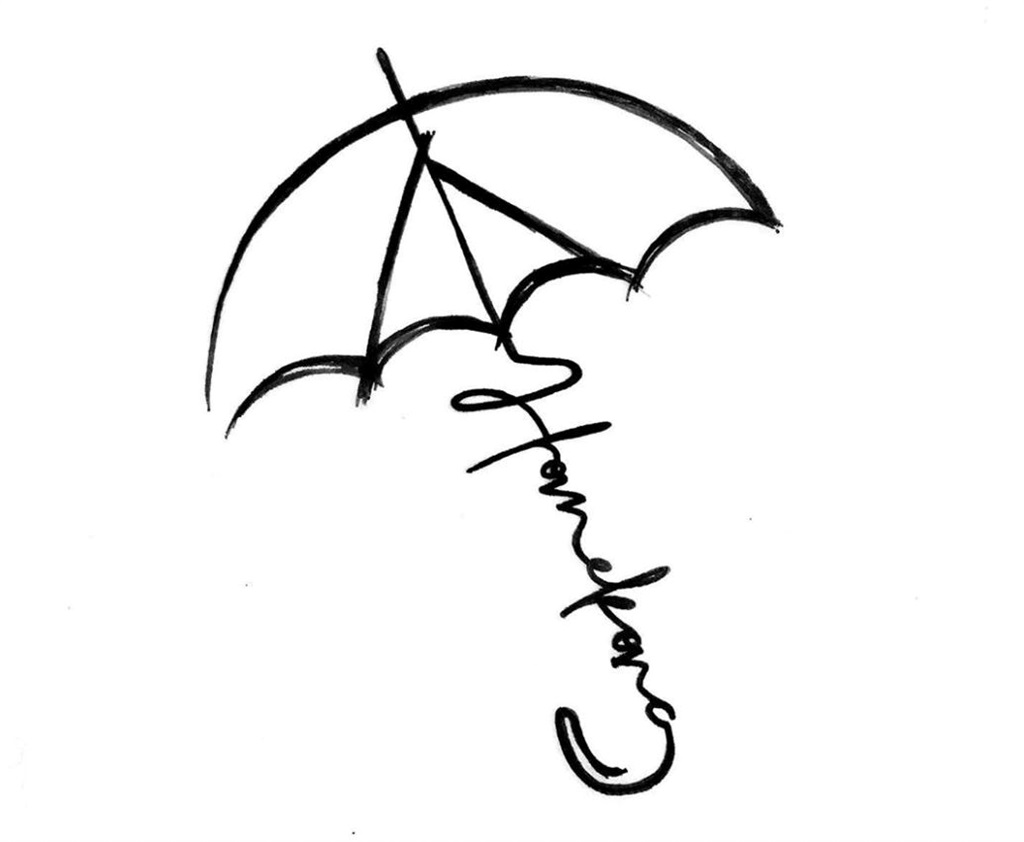 A drawing of a tattoo given to protesters by the Charco Buzz tattoo studio in Hong Kong.
Charco Buzz

The territory is experiencing one of the largest sustained demonstrations in recent history, triggered by a bill which would allow extradition of Hong Kong residents to mainland China.

The bill has stalled, but protests have ballooned into a wider protest for democracy which have turned violent, with police clashing with protesters.

The tattoos may, however, help police identify protesters caught up in violence.