Hong Kong protesters barricaded roads and disrupted trains to and from the airport, forcing travellers to walk

Protesters blocked roads to and from the highway and threw debris on the airport's railway, Airport Express, forcing some travellers to walk. The move comes despite a police ban on protesting. 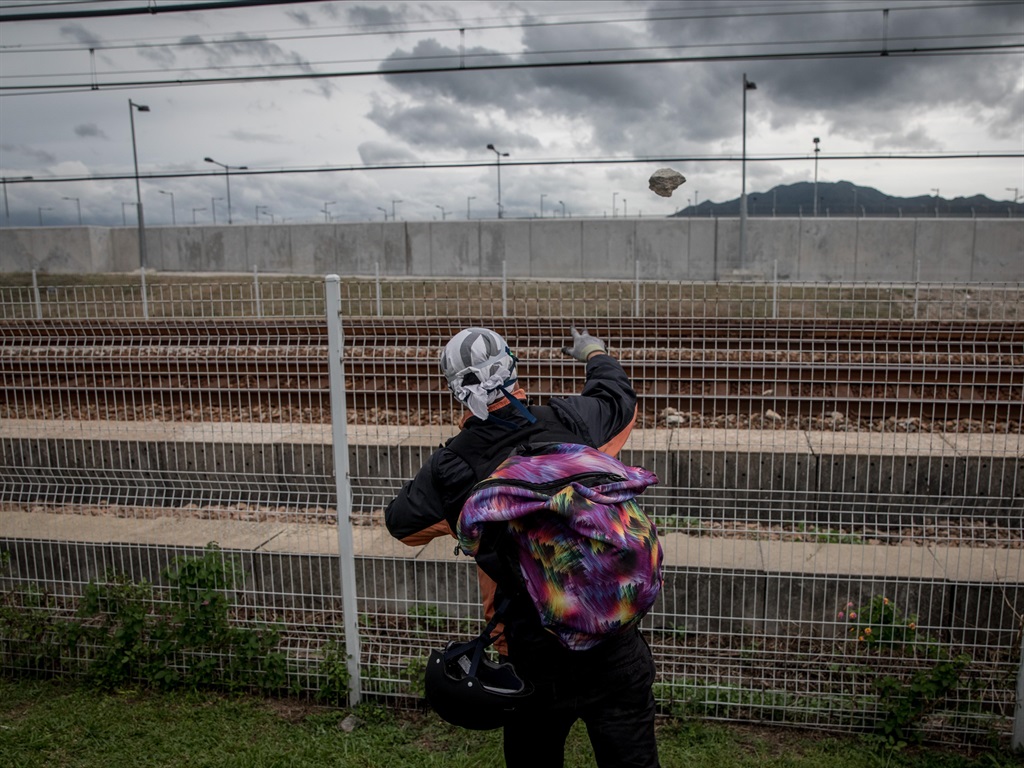 A protester throws debris on HKIA's Airport Express trainline
Chris McGrath/Getty
It's the second time HKIA, which is one of the busiest airports in the world, has been targeted by the pro-democracy protesters, who have been active since June over a proposed extradition bill by mainland China. In August, protestors occupied the arrival and departure areas of the airport, eventually forcing the airport to cancel flights and angering travelers over the inconvenience. While the airport wasn't forced to make significant cancellations as a result of the most recent protests, the impact of the road blockages was still felt. At 7 pm local time on Sunday, HKIA posted a notice online that land services to and from the airport were still "severely obstructed." Roads remained blocked, the notice read, but bus service was "gradually resuming."

Protesters are throwing objects onto the railway track of the Airport Express https://t.co/9fObodoFut #HongKongProtests

Saturday marked the thirteenth week in a row of protests. Hong Kong police have begun spraying protesters with blue-dye water cannons in an effort to identify protesters for arrests later. On Friday, two pro-democracy activists were arrested and then released on bail. Travelers were forced to walk as ground transportation was completely blocked on roads to a from the airport
Chris McGrath/Getty
China, meanwhile, has not wavered, refusing to let Hong Kong remove the proposed extradition bill, according to reports from Reuters.