Home House.
Home House
When it comes to wild parties, Andrew Richardson has seen it all.

Since 2008, he's been Managing Director of Home House, the London private members' club which, founded in 1998, he says is "a place where people can do all things at all times" — but he says this "civilised hedonism" takes place without any trouble.

The atmosphere seems to have been successful — among the 5,000 members are the likes of Paul McCartey, who "can often be seen in the gym having a workout," Madonna, and even David Hasselhoff, who Richardson said "was in the garden a couple of days ago."

It's a bit of a change from the clubs that existed 20 years ago, when Home House came about.

However, when Richardson joined Home House, he wanted no rules, and to make things fun.

"It evolved by not telling people where they should sit or what they should do," he said. Richardson, who claims to come from humble beginnings, said he started out as a dishwasher at a local hotel when he was young and needed to earn some cash.

Then he trained as a chef and embarked on a career working in hotels such as The Dorchester, The Park Lane Hotel, The Royal Berkshire Hotel in Ascot, and The Hilton in Paris.

At the age of 26, he was asked to move to Hong Kong to work with a private restaurant group, where he became the managing director within 10 years. In 2002, he returned to the UK to become the manager of the Billesley Manor Hotel and Spa.

At the same time, he said: "I became governor at the [culinary] college I was trained at, bought the local pub, and sponsored the local cricket team. It was all jolly lovely, but not quite what I'd anticipated."

When the hotel was sold, he sold his pub and joined a hotel management company, which looked after independently-owned properties that were in trouble.

"In my mixed portfolio, there was a property just outside of Oxford, owned by the owners of Home House," he said. "I turned around the fortunes of the property quickly, executed a clear plan and strategy, and got the attention of Home House.

He set about talking to original members to understand what was missing.

"It was missing hedonism and excitement, so we brought back fun and parties," he said. "The business quickly grew and profits tripled in three years."

The Home House building can be traced back to 1773, when it was built for Elizabeth, Countess of Home.

"She was twice widowed in her 60s, rich, and wanted a place to entertain London society and royalty," Richardson said. "She built the house, had parties, and would escort gentlemen to her boudoir via the staircase." It was eventually re-established as the Home House members' club in 1998, bringing back the "social side of things" — there's a calendar of events for members where they can meet each other, debate, or simply have a few drinks.

"When it first became a members' club, the original main investor was Australian, and the MD was a gregarious British guy," Richardson said. "The Australian said to the British MD: 'I don't want any stuffy British rules,' so they didn't have any rules at all, other than that nudity is discouraged."

Now, Home House is a place for over 5,000 like-minded people, who pay £2,000 (R35,000) a year, to "spend days and evenings in a beautiful historic period building" where there is a "fresh buzz and element of hedonism."

Full members have access to all areas of the House, including lounges, restaurants, bars, and a fully-equipped gym with a steam room and sauna.

"With a club like this, [my job is a] mixture of being a publican or a headmaster," Richardson said. "It's like a big posh pub with rooms upstairs."

There's also a "social membership," which costs £950 (R16,400) a year and excludes the use of the gym. These members have access after 6 p.m. during the week, and on weekends and public holidays.

"It's attractive for people are at an office elsewhere [during the week]," Richardson said.

And it seems that the evenings are the most interesting time at Home House anyway. 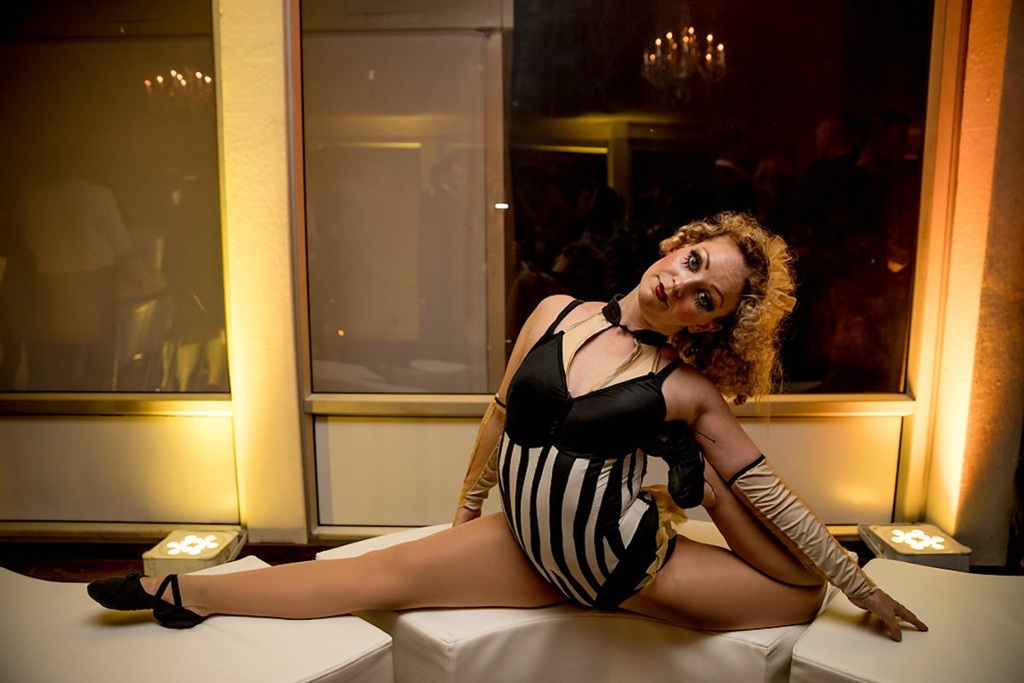 "A lot of the members get to know each other and become friends," he said. One night, a group took the after-party to the suites.

"The next day was an interesting morning, because one by one they all came to see me and wanted all of the others banned," he said. "I felt a little bit like a headmaster — everyone had a different story to tell on what happened."

Home House members consume 20,000 bottles of Champagne a year on the premises, according to Richardson, who said "that shows how much fun they have."

He added that one member even asked for their bath to be filled with Champagne.

And the requests get more bizarre.

"We had one member that wanted to propose, but he wanted it to snow," Richardson said. "We had to get a snow machine up on the roof to that he could propose to her. Thankfully, she said yes and it was worth the effort."

Another couple, members of the club who regularly booked rooms overnight, used to store a bag with the team.

"One occasion, it was a bag full of sex toys," Richardson said. Ultimately, though, he says it's "good, safe fun."

"We'll have members' parties with 900 people and not a single incident," he said. "It's a question of attitude. People have a rowdy, fun time, but they're not the type of people who want to start fighting each other.

"[They] come to enjoy themselves, sometimes a little bit too much, but as long as it's safe and it's legal, we don't mind them doing so."

How to become a member The committee is very selective about who it lets in.
Home House

While Home House is "pretty much full" at the moment and operating on a "one in, one out" basis, Richardson said: "If somebody is truly a member we're looking for, we're more likely to take them on more quickly."

The best way to get in is to be nominated by a current member, fill out the application form, then nail your interview, which takes place during a tour around the venue.

"It's a bit of a Q&A between the membership executive and potential member," he said, adding that committee then makes a decision on each person.

The one thing that's a major red flag? Someone who is only using Home House for business meeting purposes.

"A red flag is 'I don't have an office to go to and I need somewhere to sit from 9-5,'" Richardson said. "We want people that will engage in the social side of the club and what it offers — one of the strengths of the community is the eclectic mix."

He added that it's "like a special recipe trying to get the mix right."

"A sea of grey suits is quite boring — we try to encourage as many colourful people as possible, who add magic and entertainment," he said. "We have gentlemen who like to dress as ladies and ask me how they look today — that's their entertainment."

They also add a "sprinkling of celebrity" too, of course. This is what Home Grown's lounge area will look like.
Home Grown

While the Home House team turn away applicants looking for a place to work, it'll be a different story with Richardson's next project.

Early next year, he's launching a new private members' club dedicated to growing businesses, which will have a "selective community" of "high-growth entrepreneurs, investors, industry leaders, and business innovators."

Home Grown, which will also be based across four Grade II-listed townhouses in London's Marylebone, is for those who "not only work to live, but live to work," he said.

The club, which will boast restaurants, bars, lounges, meeting rooms, event spaces, a café, and 35 boutique £180-a-night bedrooms, will have all of the tools to "help entrepreneurs on their journeys," including guest speakers, recruitment assistants, and events from wine clubs to emotional intelligence talks.

"More and more people come to a city and want to integrate into a community," Richardson said. "Usually, selecting an appropriate members' club is the best way to join a community, [but when you're] going to go somewhere and start talking to strangers, you want to know there's a chance you're going to meet them again."

He added that more and more people are now using clubs as an office in the daytime, particularly entrepreneurs and startups who don't want the cost of an office.

"While this can be a frustration for Home House, I saw an opportunity to create a new members' club," he said.

The club will also cost £2,000 per year, or founding members happy to register interest ahead of the opening can join for £1,500 and "other privileges." A CGI of the bar area at Home Grown, set to open early 2019.
Home Grown

Richardson says they'll use the same "filtration system" to ultimately pick 3,000 members based on what they will add to the community.

"The strength of the community will add value," he said. "You know you'll be meeting exciting, like-minded people, and mixing with good investors as well."

He hopes to see people will skills in sales, marketing, finance, accounting, and recruitment "give a lot of their time and knowledge to the members" so they can further their own businesses.

While there are plenty of co-working spaces giving people places to work, Richardson said: "I believe we're the only ones doing this.

"We want the people who are building the companies of tomorrow."