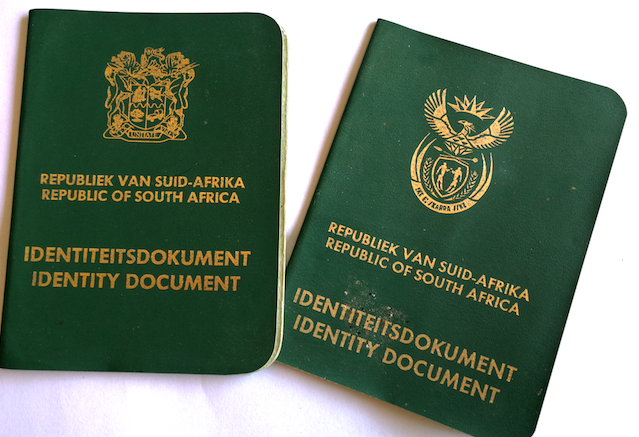 South Africans may be assigned random identity numbers in the future, the department of home affairs (DHA) says, in a move it argues would make the ID system both more secure and more inclusive.

Failing that, it is considering replacing one digit in the current 11-number ID format with an "X" for transgender people, subject to consultation.

The department on Thursday gazetted its draft Identity Management Policy, laying out its thinking on how to update South Africa's system of identification, under legislation now 20 years old.

The ID system suffers from many problems, home affairs says, which causes several types of exclusion: children who are never registered, deaths that are not recorded properly or at all, and people who do not fall comfortably into the male/female binary.

"Gender and sexual identity minorities are excluded because the current laws and policies do not cater for changes in the gender/sex attribute of the identity system," the document says. "They experience discrimination when attempting to register or update their gender in the ID system."

Nor does current legislation make any provision for children born intersex.

Once legislation provides for "a category that is neither male nor female",  there will need to be changes in the long-held format of identity numbers, the department says.

"The identity number recognises and accommodates only two categories, namely, male and female. The ID system does not differentiate between the distinct concepts of sex and gender."

Though it still wants to consult with the people who would be affected, the DHA has proposed one solution: using an "X" or "alternative digit" in place of the seventh number of an ID for a person who does not fall into the female category – currently denoted by a number between 0 and 4 in that slot – or the male category, which is indicated by 5 to 9 by the seventh number.

"This change will not affect the current composition of the ID number for males and females," the DHA says.

But the department seems to be leaning towards a complete overhaul of the number system instead, arguing that a string of random numbers will be better than one that encodes birthday too.

For one thing, random numbers will not have to change in case of a change in assigned sex or gender identity, DHA says, or when a date of birth is corrected. They are also more secure.

"Coded numbers make it easier for fraudsters to guess an ID number by narrowing down the possible combinations based on a few known facts about a person.

Central registration and connections between registration points means issuing random numbers will not be a problem, the department says.

Another option would be a simple "serial number assigned based on the order of entry into the system, with the highest number assigned to the most recent enrollee," the department says, but it makes no compelling argument for such an approach.