DIY genetic testing as a health screening tool faces many questions and criticisms – even as they grow popular around the world, and in South Africa.

Claims that such home-based testing can identify potential sport stars, or help improve athletic performance, has led to formal warnings by sports bodies to avoid them. The American department of defence has also warned soldiers against using such tests, citing not only concerns about their accuracy but also the "personal and operational risks" of giving up sensitive genetic information to testing companies.

Because data on African populations has been historically scarce, "testing in individuals with African ancestry currently raises particular challenges". Identical twins can receive results that are supposedly very different.

Even if accurate and secure, the results can raise ethical dilemmas such as choosing between medical privacy and informing relatives of possible risks they face. Experts warn that direct-to-consumer genetic test results – both positive and negative – can be meaningless, should "absolutely not be used to inform health decisions without further scrutiny", have been described as "more parlor trick than medicine", and should "not be taken at face value at all".

Nonetheless, companies that provide testing services – such as Johannesburg based genetics company DNAlysis – say they can help you unlock the genetic potential of your body.

For around R3,000, and a swap from your cheek, the company says it can identify what foods you may be allergic to or reveal the ideal time your body should be exercising. They also says it can identify a genetic predisposition to lactose intolerance, cancer and other hereditary genes, like diabetes, to help doctors know what to look for and provide timely preventative treatment.

Business Insider SA asked some volunteers to put their DNA on the line and get themselves tested using the DNAlysis product.

Here’s how it worked:

The company offers three tests, which can be bought as a package off the eBucks store for about R3,000 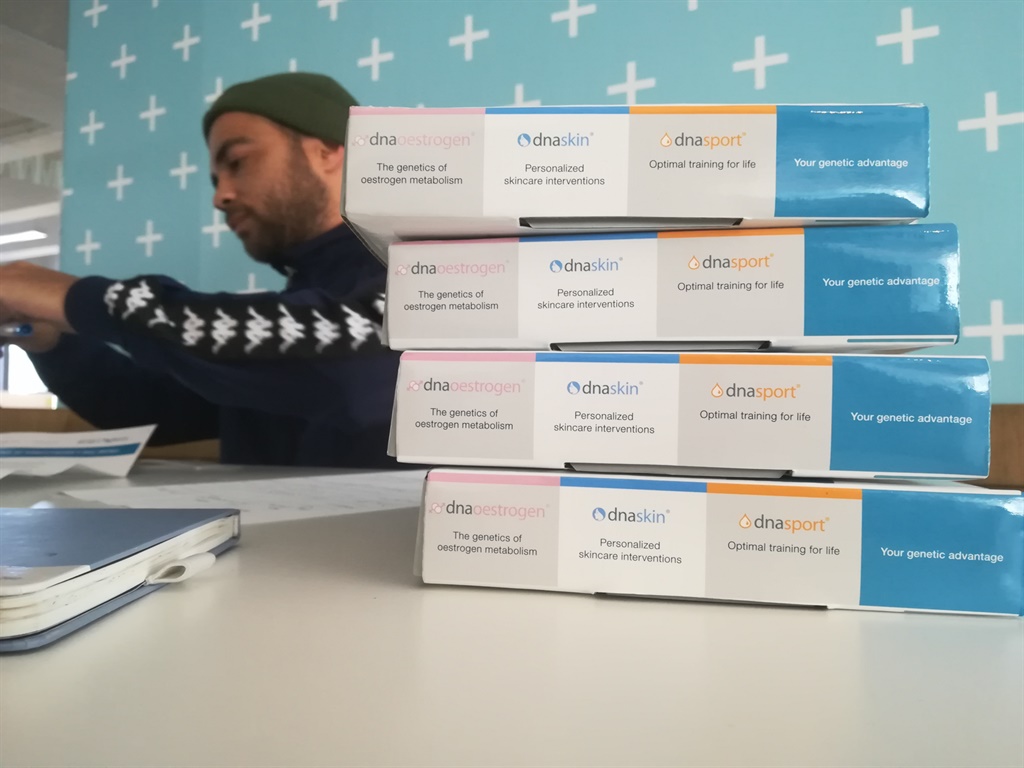 The DNA Diet test promises to help in the design of a healthy eating plan, DNA Health is supposed to identify potential lifestyle diseases, and DNA Sport says it will identify the elements of lifestyle, nutrition, and environment that will optimise sport performance.

In the box was a swab in a sealed test tube.

Our testers opened the tube and then swabbed their cheek for one minute to gather DNA. They then put the swab back in the tube, closed it and then sealed it with a sticker.

As per the instructions, the tests were then put into a fridge whilst we waited for collection from a courier.

Two weeks later the tests were completed and our testers each had a one-hour Skype call with a consultant to break down the results.

Our testers reported a mixed bag of results – some of which they found hard to swallow.

Our test subjects were at times dubious about the results they were given.

One was told she had a gene marker indicating an "increased risk to breast cancer from taking birth control pills" – but will not be dropping them.

“A gene marker indicated that my breast cancer risk could be escalated if I took any external form of oestrogen. I’ve been on the pill for more than a decade and I monitor this yearly with my doctor and gynae, who actually said that the pill can reduce your risk of breast cancer. The dietitian recommended I go off the pill rather and get an implant. In this case, I think I would much rather side with my gynae, who is experienced in reproductive health and meds, but I will discuss the genetic implications with her. I am not looking to go off the pill at any given time,” she said.

Another of our respondents took a suggestion with just a touch of salt. She was told to eat more fish, to avoid inflammation, but she doesn't like the taste of fish. So instead she started taking an omega-3 supplement.

Findings on supposed lactose intolerance were particularly thorny. Though genetic tests of this sort typically point to a propensity towards a condition rather than its actual presence, two of our testers said they were confused to hear they were lactose intolerant because they drink milk and eat cheese without trouble. A third, given the same news, said she feels sick when she has too much milk, and would now get a test to see if she is actually lactose intolerant.

Generally our testing group was – probably rightfully – dubious, but also felt empowered by the new knowledge of their bodies, and likely to make positive lifestyle changes such cutting down on sugar and upping their intake of healthier foods.

Related Links
Chinese journalists will have to pass a government test on Marxism and President Xi Jinping to be...
The world's first gene-edited reptile is a finger-sized albino lizard
A South African scientist has discovered the gene that is linked to hair loss in African women
Next on Business Insider
New Yorkers need R23 million to feel 'financially comfortable’, survey says