The 140-year-old Standard Bank building at 13 Adderley Street in the heart of Cape Town will be auctioned off to the highest bidder on 12 October after standing vacant for the past decade.

Between 1953 – when Standard Bank relocated its main office to Pretoria – and 2011, the building operated as the bank's Cape Town branch with offices. "The Queen of Adderley Street", as the historic building is known, was touted as a new museum 2015 but has, for the most part, been left idle since Standard Bank closed the branch. Adderley Street, with the Commercial Exchange and Standard Bank, Cape Town, South Africa, 1895. View of the main street in the business district of Cape Town. From Round the World in Pictures and Photographs: From London Bridge to Charing Cross via Yokohama and Chicago. [George Newnes Ltd, London, 1895]. Artist Unknown. (Photo by The Print Collector/Getty Images)

Despite Standard Bank deciding in 2012 that the building would never be sold due to its heritage value, the property will go on auction in October. Aucor Property will facilitate the bidding in an event set to take place at Houghton Golf Club in Johannesburg.

Located adjacent to the historic Flower Sellers' Market and a block away from Greenmarket Square, the 5,546 square-metre building is considered prime property in Cape Town. 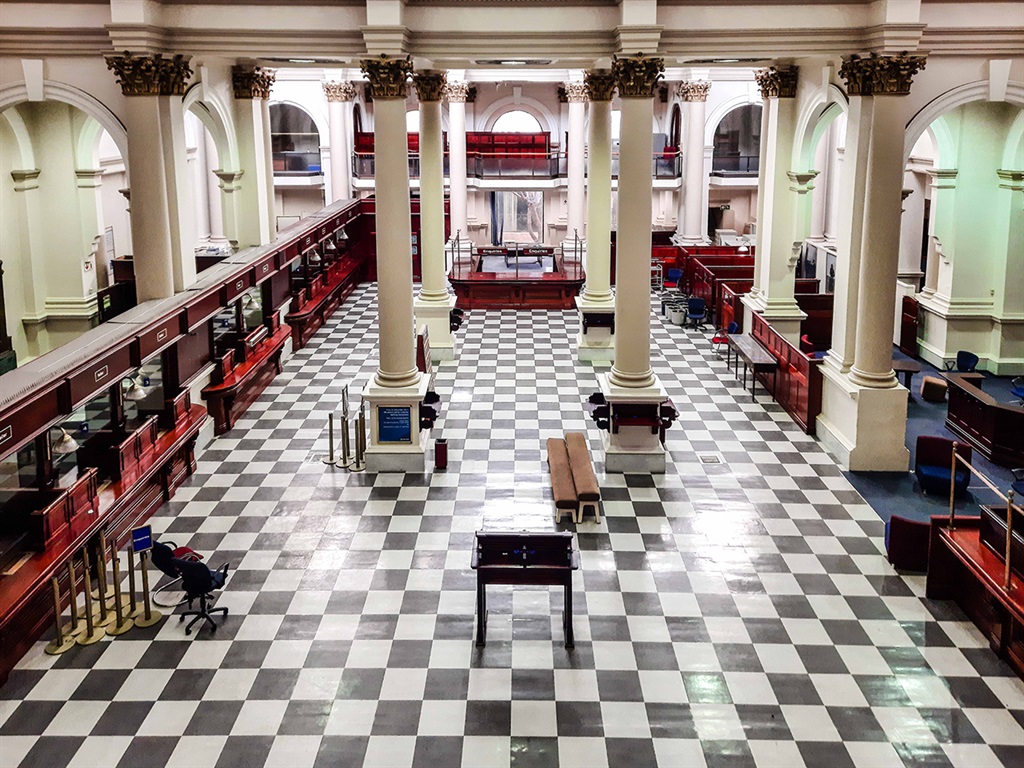 "The building is well maintained and has unique and original fittings. The large, double volume banking hall is grandiose and light filled, and features a classic black and white checkerboard floor, original wood counters and gilded columns, which ultimately create a dramatic visual setting. This makes it an ideal space for events or exhibitions," said Dino Smit, Aucor's business development executive.

"The building, which was used for commercial purposes, has been internally configured for this, but lends itself to a variety of options. The building will be sold with vacant occupation." While Aucor confirmed to Business Insider South Africa that the auction of the old Standard Bank building would be subject to a reserve price, details of the minimum bid will not be made available to the public. The successful bidder will need to pay more than R50,000 in rates and taxes every month. "The location of the building is also advantageous. It is in a tourist hub and is surrounded by many interesting attractions in the immediate vicinity, including the Flower Sellers' Market and St George's Mall, and the CTICC, the Two Ocean's Aquarium and V&A Waterfront are in close proximity. The building is well suited for commercial use," Aucor told Business Insider SA.

"Any potential conversion to a hotel or for residential purposes would need to be done within zoning and heritage stipulations, and the relevant applications will need to be made for this by the new owner."