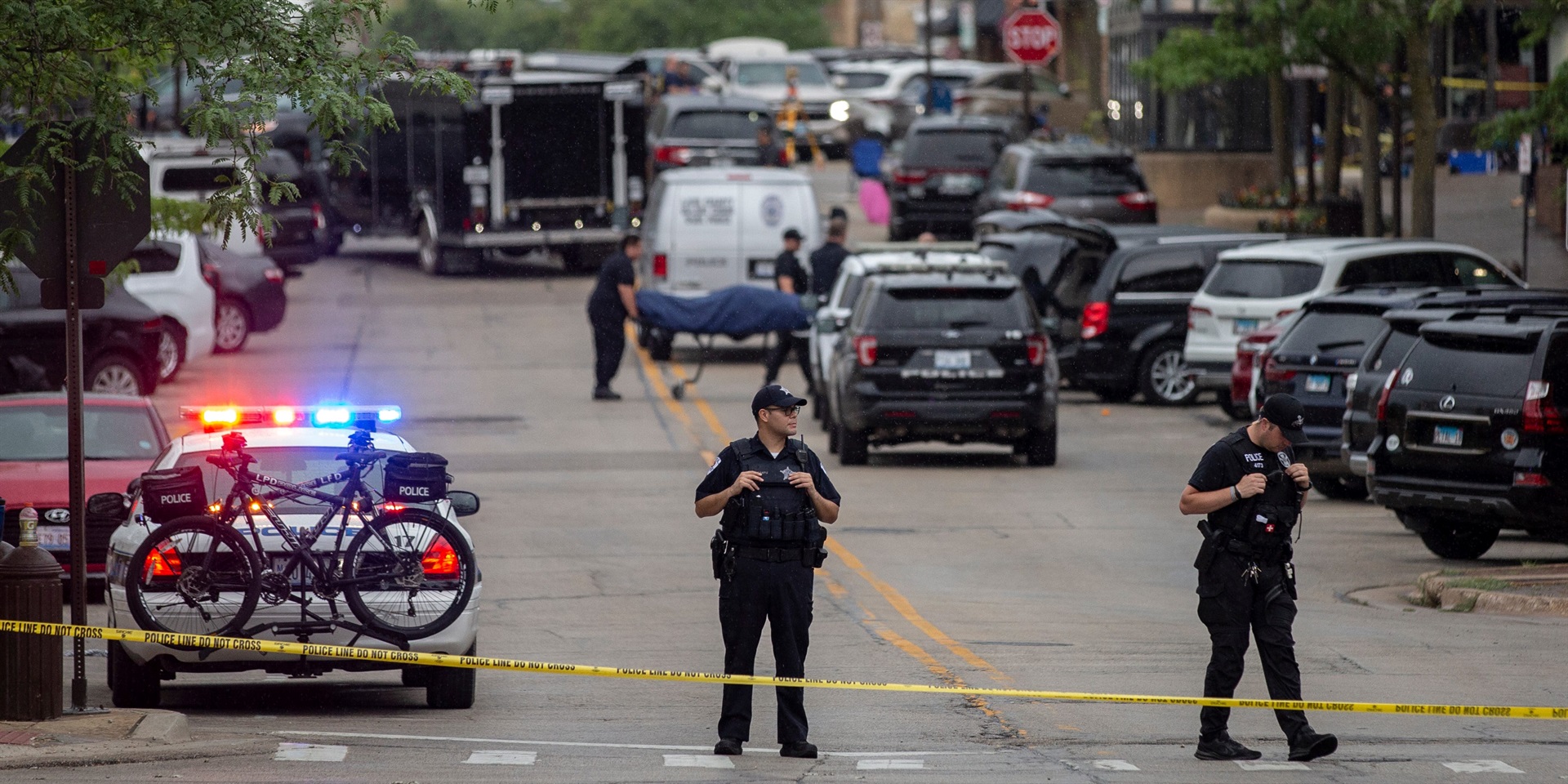 The aftermath of a mass shooting in Highland Park, Illinois, on July 4, 2022. Jim Vondruska/Getty Images

The man arrested after the mass shooting at a July 4 parade in Highland Park, Illinois, had a history of posting violent imagery online, including a depiction of mass killing.

The 22-year-old was declared a "person of interest" by police after a shooting, in which a gunman positioned on a rooftop opened fire on a parade on the suburb's Park Avenue, leaving six dead and dozens injured.

After a search lasting several hours, he was arrested when police pulled over a car about five miles from the scene of the shooting. At the time of publication, he had not been charged with any offence.

The man arrested has a history of posting violent-themed content. He apparently went by a rap alias, according to an IMDB profile, and posted a series of videos with menacing themes.

The Associated Press said that he had a YouTube profile, where he had posted videos depicting acts of violence.

One video reviewed by Insider showed cartoon-style drawings of a mass shooting that seemed to take place in a school or similar setting. "It is my destiny," says the video's narrator. The YouTube page hosting the videos had been taken down by Tuesday morning, as had the man's Twitter account.

He had posted images of Central Avenue, the site of the shooting, in videos on his personal blog, which was also reviewed by Insider.

Police have not disclosed what they believe might have motivated the shooting.

The man's uncle told Fox 23 that he had seen "no signs of trouble" ahead of the shooting, and described his nephew as a "YouTube rapper."

The man arrested was brought up in the Central Avenue area, and his father is a local grocery store owner and former mayoral candidate, according to local media reports.