Herpes-carrying monkeys are multiplying in the US, and no one knows what to do with them 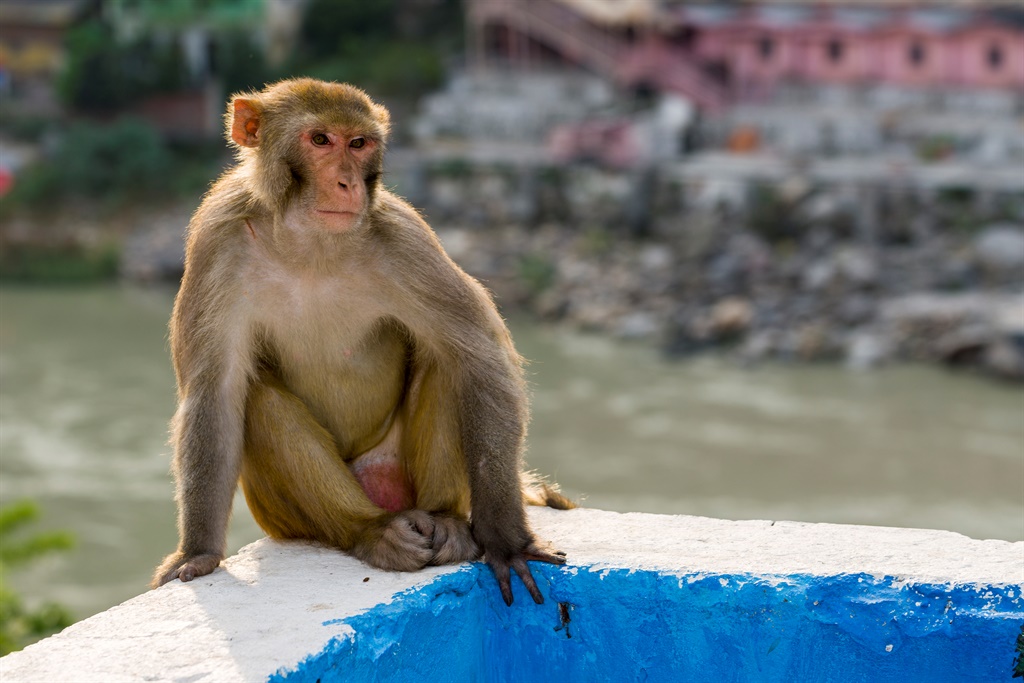 A rhesus monkey ( Macaca mulatta ) is sitting on a wall high above the holy river Ganges. (Photo by Frank Bienewald/LightRocket via Getty Images)

An invasive species of herpes-carrying monkeys is growing in Florida, and no one is quite sure what to do with them.

About 200 rhesus macaques live along the banks of the Silver River near Ocala, Florida, and the population is expected to double by 2022, Steve Johnson, a University of Florida professor of wildlife ecology and conservation, told USA Today.

"Unless there is some management action by the state to curtail their numbers, it's going to create a situation where they will be forced to take more drastic action due to a serious incident," Johnson said.

The monkeys, which are native to Asia, have been in Florida since the 1930s, when six of then were brought to an island in a Central Florida river as tourist attractions, according to the Washington Post.

Eventually, the monkeys swam to mainland Florida and have multiplied in Silver Springs State Park, a popular tourist spot in north-central Florida.

Rhesus macaques are known to be invasive, and research seen by the Washington Post showed that they have destroyed habitats and seabird populations in Puerto Rico.

The monkeys also carry the herpes B virus.

It's unlikely that a human would be infected by a monkey, but there is a slim chance, according to the Centers for Disease Control and Prevention.

"Hundreds of bites and scratches occur every year in monkey facilities in the United States, but people rarely get infected with B virus," the CDC says.

As the monkey population grows in Florida, there's a fear that the monkeys could become aggressive.

"I understand why they don't want to address the issue. It's a lose-lose situation. But if they do nothing, they are potentially opening up a barrel of monkeys, so to speak," Johnson said. "It's not an issue if it's catching pythons. No one cares about snakes. When it's a furry, charismatic animal, it makes it different."

Johnson told The Washington Post that sterilising the monkeys is expensive, and no one has a full solution as to what to do with the species.

"What do you do with the monkeys?" he asked. "If you bring them out alive, something has to be done with them."

In recent years Silver River has asked tourists to stay away from the monkeys, instead of trying to get rid of the species itself.

"We tell people not to approach them, not to feed them, because we want people to stay safe," Craig Littauer, a park services specialist told The Post.