Cards Against Humanity bills itself as "a party game for horrible people", and it is true; if you aren't horrible at the start of the game, you will be by the end.

The rules are simple. Every player gets around ten white cards with weird or funny seemingly random stuff written on each. A dealer reads out a black card, all of which contain either a question or is in the fill-in-the-blanks style. Players anonymously submit their answers, and the funniest one wins the round.

That doesn't sound horrible, until you see it in action, such as this example from the Cards Against Humanity Lab, where you can play by yourself to help make the game better. 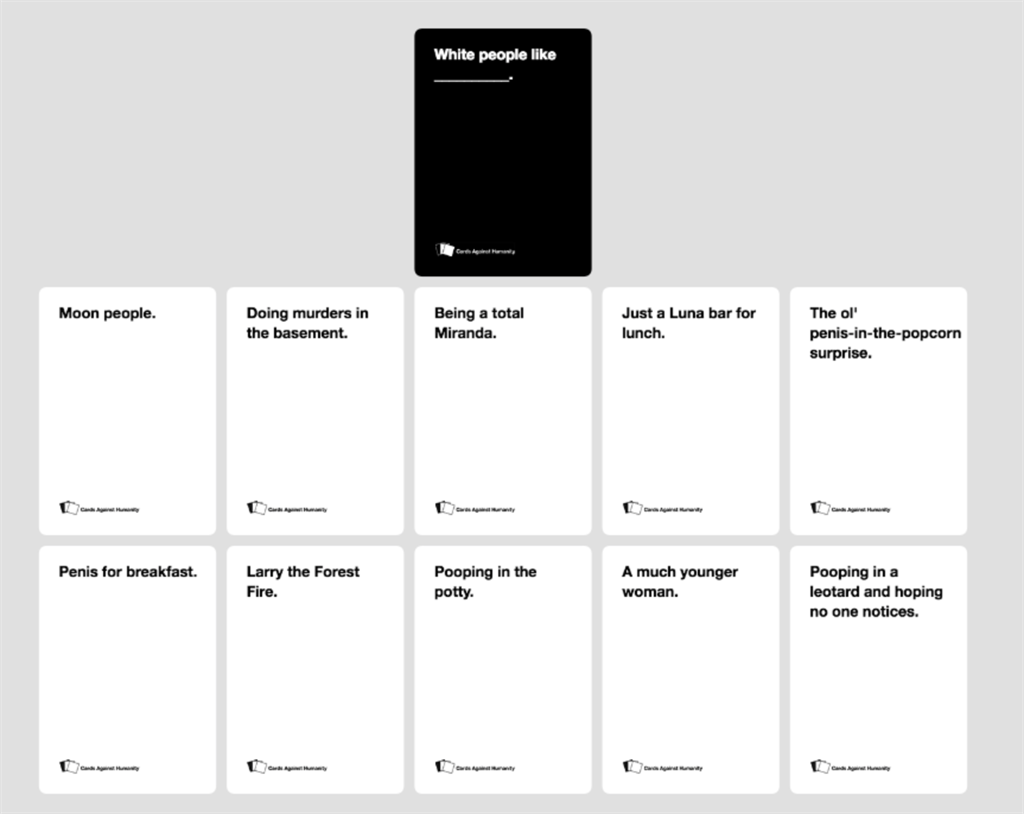 You can download a standard set of cards, and print them for yourself, free of charge, legally and without guilt. But the standard set has an American flavour, and the UK, Canadian, and Australian versions also feature cards that are just plain duds when used in South Africa.

But you can also make your own, and that is exactly what advertising copywriter Sam Newdigate did with hers – and this is the point where you need to leave if you are not already a horrible person – "A Pretty K*k Expansion Pack".

"It was a nice way to say I'm not making money off this, this is just my stuff, it is a little bit k*k, maybe you laugh at it maybe you don't, that's okay," Newdigate tells Business Insider about the choice of name.

Pretty K*k features many cards that will, delightfully, make absolutely no sense to a foreigner, but provides a chance for South Africans to show just how horrible they are.

They also capture, if not anything as serious as South Africa's heritage, then at least some of its more recent history – in an insider-joke kind of way.

"Something like 'a bathroom door on Valentine's Day', you know what that means as a South African and maybe it speaks to something bigger," says Newdigate.

These are some of the combinations possible using Newdigate's cards, presented in no particular order and not reflecting in any way the sentiments of Business Insider South Africa, anyone associated with it, or, for that matter, anyone who isn't a horrible person. 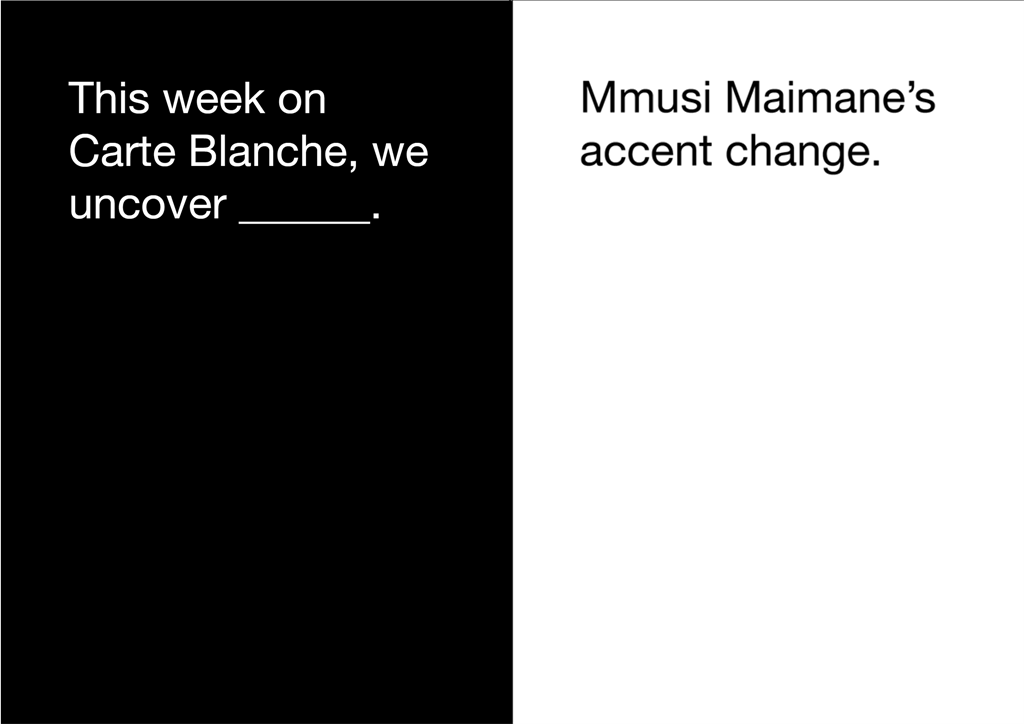 You can download the full set of South African cards, print them out, and start playing with them immediately for free, as long as you don't blame us for the consequences.

Related Links
The new 'Tomb Raider' game is out - check out how far its star, Lara Croft, has come since her...
The wait is finally over: Nintendo is making a Pokémon-themed Nintendo Switch console, and it's...
Mark Zuckerberg was so keen to beat a high school girl at Scrabble that he wrote a computer...
Next on Business Insider
South Africans – rich and poor – are eating less bread, the maker of Albany says