Pizza franchise Col’Cacchio has launched South Africa’s first ‘dagga pizza’ – which comes lightly dressed with Cannabidiol (CBD), the non-hallucinogenic chemical extract of cannabis and used for medicinal treatment, as they leave the oven.

Many South African companies are banking on the growing CBD industry after the Department of Health announced the cannaboid extract can now be legally purchased in SA, provided the maximum daily dose is under or at 20mg, and if the product does not claim to cure or treat any specific condition.

Col'Cacchio's pizza contains a dose large enough for a light effect, but not enough to stop you going back to the office or driving.

We tried the new pizzas, and here's what we found:

At Col’Cacchio, you can choose between two gourmet pizzas: Alternatively, you can pay R25 to add the CBD oil spray to any of their other pizzas.

The pizzas are lightly dressed with a dash of edible CBD oil. Three sprays give you a dosage of 20mg of CBD.

While it is not hallucinogenic, I found that the CBD had some effect on me. It felt a bit like taking a pain killer – the same light mellowing of the senses. But not enough to interfere with my functioning, I was fine to go back to work straight after the pizza.

As with most of the CBD edibles I’ve tried,  you probably wouldn’t even notice that they have CBD in them. The pizzas doesn't taste of “cannabis”.

But with the Green Goddess pizza, I was able to pick up subtle hints of hemp on the nose. This works well with a vegetarian pizza. 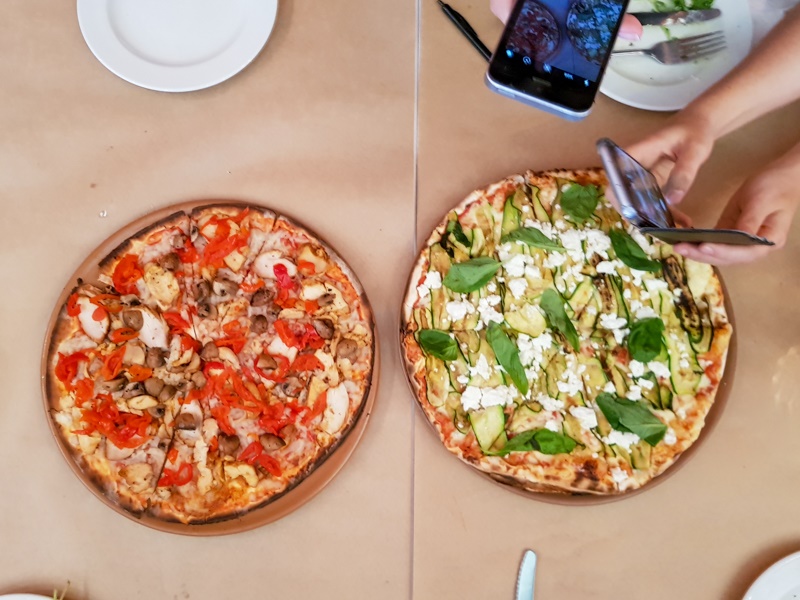 The pizzas left a lingering tingling sensation in my mouth for about half an hour. I have experienced it before when testing other CBD edibles.

The pizzas won't make you high. CBD, unlike Tetrahydrocannabinol (THC), is a non-psychoactive component of dagga. The pizzas are lightly dressed in a dash of edible CBD from africanpure. Three sprays give you 20mg dose of CBD. Photo Jay Caboz

According to some studies, the benefits of CBD include helping with pain and inflammation, controlling epileptic seizures, mental illness, and even the treatment for certain kinds of epilepsy.  For stronger doses you would need a medical prescription. Concentrations of between 20-30mg are used for chronic pain; 40-160mg for sleeping disorders; and between 200-300 mg for epilepsy.

While there is ongoing clinical research, there are only a few approved drugs on the market approved for medical treatment. These won't be on your pizza.

Regulatory bodies know very little about CBD's effects on the human body, as the industry is so new.

The Federal Drug Association (FDA), that regulates drugs in the United States, has not approved any CBD products barring one prescription drug product (Epidiolex) to treat rare, severe forms of epilepsy.

In the UK, Canada, and some European countries Sativex, a mouth spray containing THC and CBD that treats muscle control problems caused by Multiple Sclerosis, has been approved.

Related Links
An old NASA study gave spiders drugs to see how it affected their webs, and it'll make you want...
Dagga ingredient CBD just became fully legal for anyone to sell in South Africa – but only for...
Dagga makes you want more sex, not less — and it might even make you enjoy it more
Next on Business Insider
Sunflower and canola oil prices may decrease by 30% and 15% in the next two months