Here’s how much it costs to open a Vida, Mugg & Bean or Bootlegger coffee shop in 2020

The coffee shop franchise business continues to expand in South Africa, in spite of tough economic times and difficulties in the food and beverage industry brought on by Covid-19.

Many coffee shops, like Vida, Bootleggers, and Mugg and Bean, operate on a franchise model - and they're still open to accepting new franchisees with enough cash to stump up for a store. In most cases, the cost of these franchises haven't increased from last year - and some have added a few new options, like drive throughs.

Coffee shops don't come cheap, though, and depending on which brand you choose, and where you want to locate it, you’ll comfortably be spending in excess of R1 million up front in franchise fees alone.

If you’re looking for the full franchise benefit of a turnkey coffee shop solution with a recognisable brand, restaurant facilities and delivery services, then you can expect to pay several times that amount - even before you've perfected the art of pouring an expensive flat white.

Vida e Caffè calls itself the "largest and fastest growing privately-owned coffee speciality coffee franchise on the African continent". It started out as a small café on Cape Town’s Kloof Street, but has since expanded to open over 300 stores in multiple countries - which cater to varying clientele.

The brand says it's constantly on the lookout for franchisees to open new stores - and they have models that work in malls, forecourts, and in office parks. They've also introduced a new drive through model that targets coffee drinkers on the go.

According to their franchisee documentation, they have a list of sites they are working towards, and will actively work with new franchisees to identify viable locations.

This hands-on assistance, and strong brand, comes at a cost, though. Quite how much depends on the size of the store, its design and layout, inventory, selection of equipment, signage, and décor.

The company estimates that the initial costs will be somewhere between R950,000 and R1.4 million. The drive through concept, new for 2020, starts at R980,000. Applicants must have at least 80% of this purchase price in cash. 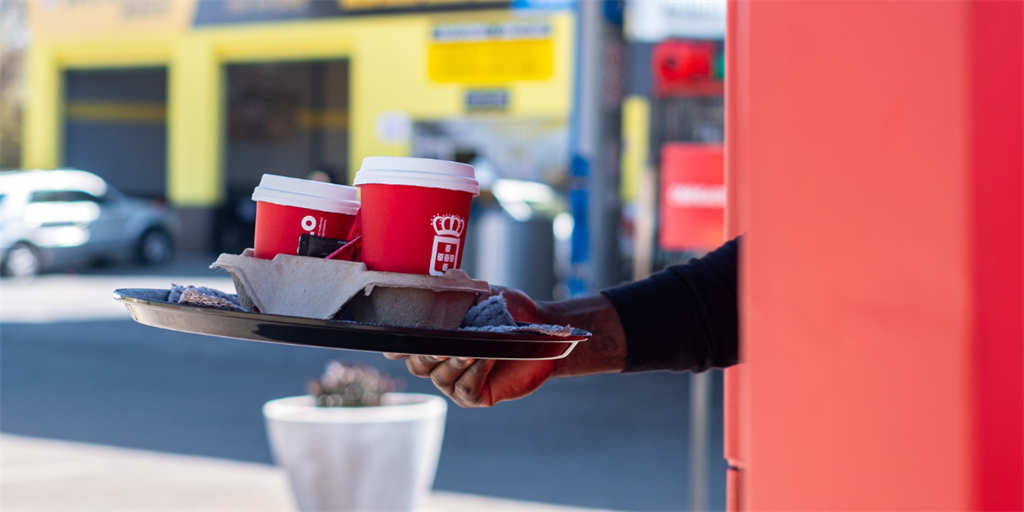 Franchisees must also pay a once-off franchise fee of R150,000. This goes towards the right to use the Vida e Caffè name, training, assistance with site selection and evaluation, and initial pre-opening assistance.

Franchisees must also pay 10% of the monthly net sales to the holding company. Like Vida e Caffè, the store has its roots in Cape Town, but has since grown into a vast and popular network. There are currently 220 franchised stores located across Africa.

The cost of opening a new Mugg & Bean varies according to landlord contributions, store design, and size. Excluding VAT, the franchise fee for a standard Mugg & Bean Restaurant is R181,460, and an On the Move Mugg & Bean is R88 580.

The approximate set-up fees depend on the store size. A standard Mugg & Bean is estimated to cost around R3.7 million excluding VAT, while an On The Move store costs around one third of that.

Operational capital, staff training, and opening stock can add close to half a million to this initial outlay, depending on the size and nature of the store.

With those initial investments out of the way, franchisees will need to pay 10% of monthly gross store sales, which is split between royalty fees and advertising.

Bootlegger Coffee Company, known by most as Bootleggers, was once the new kid on the coffee chain block - but after an initially cautious rollout the franchise has expanded rapidly across Cape Town and Johannesburg.

This time last year they had 18 stores in Cape Town and Johannesburg - they now have 24, with two more set to open imminently. In spite of this aggressive rollout they're still looking for new franchisees - and their prices haven't increased much since 2019.

Bootlegger stores vary in size and layout, which affects the final cost, but according to franchise documents a new Bootlegger store costs "around R3.5 million".

They also require prospective franchisees to have access to at least 50% of this in unencumbered cash - though they do point out that those who can't afford this might be able to help you partner up with other interested franchisees.

The Daily Coffee has a smaller footprint than the bigger names in the coffee franchising industry - but with two dozen stores under its brand, and a model that targets a slightly different LSM, it fills an interesting gap in the franchise market. The company also has two franchise models that differ significantly in cost.

Their turnkey cafe option, most often found in commercial zones and strip and community malls, serve breakfast, brunch and lunch. These start at R1,53 million, excluding VAT, and you'll need an additional amount of R60 000 as initial working capital. Monthly management service fees for these stores is 6% of turnover.

The store has also launched a much cheaper option for those interested in getting into the coffee game. They now sell now sell a R400,000 coffee shop on wheels, which requires about R150,000 of that in cash to get you started. This will help you finance a trailer that comes with all the equipment needed to make a mobile cup of coffee and some basic snacks. After the initial outlay, you'll also need to pay a flat monthly fee of R5,000. 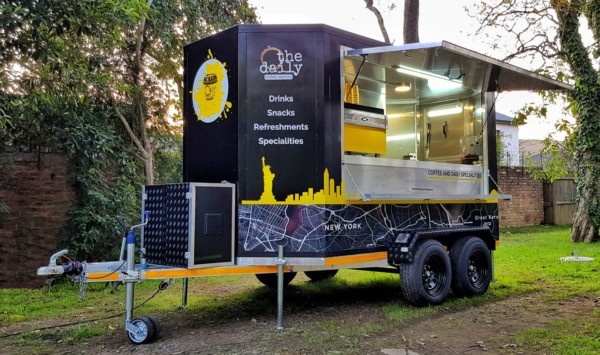 With both options the franchisor says it will help with recruiting staff and identifying suitable locations.

* This article was update to correct the number of Vida e Caffè outlets, which number more than 300.

Related Links
With R150,000 in cash, you can buy a coffee shop on wheels – with pots and pans included
Coffee giant Nespresso commits to making all products carbon neutral by 2022
Two Joburg youngsters just created their own instant coffee brand –  here's how they did it
Next on Business Insider
SpaceX included a controversial NDA when it settled a sexual misconduct claim against Elon Musk