Here’s how much it costs to open a Nando’s, KFC, Chicken Licken, or small chicken franchise in SA 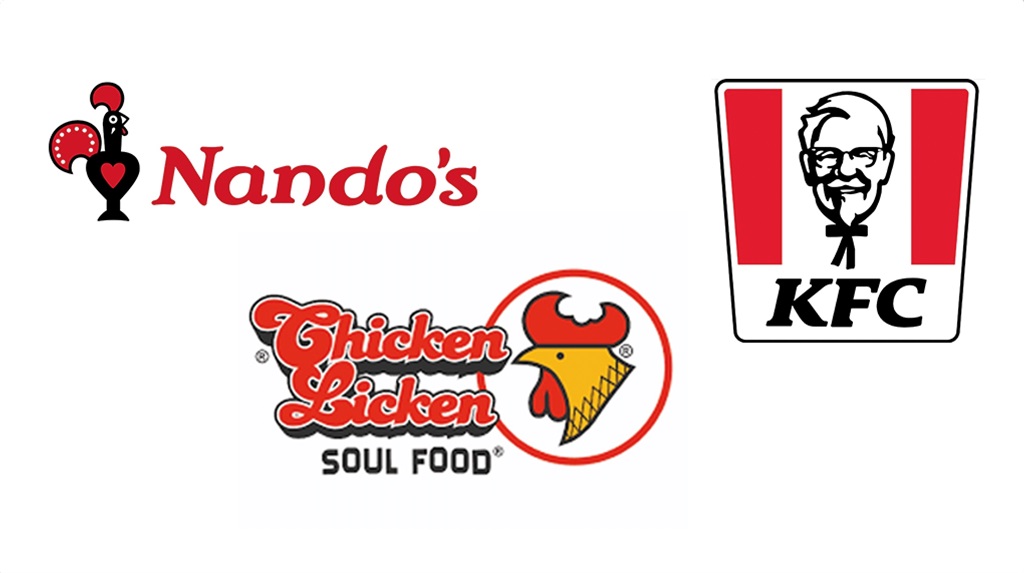 On average, South Africans eat as much as 33kg of chicken per person per year, making the country one of the world's largest consumers of chicken meat.

Although much of this consumption occurs in homes, quick-service restaurants like Nando's, KFC, and Chicken Licken also satiate these cravings - and chicken accounts for close to 50% of all fast food consumed in this country.

It stands to reason, therefore, that if you're looking to open a takeaway joint or fast food restaurant in South Africa, chicken has, historically, been one of the safest bets.

But if swimming upstream against the global giant KFC, and significant players like Nando's and Chicken Licken, as an independent restaurant is too intimidating, it's possible to buy your own branch of these popular brands - provided you have enough cash and can find a suitable location.

If these giants are too pricey for your liking, or have arduous application processes and waiting lists, there's a slew of smaller chicken franchises currently for sale in South Africa as well. They're often also much cheaper. Businesses like Africaz, Barcelos, Bird & Co, Chicken Bar, Honchos, Mochachos, and Chicken Xpress are all looking to tap into the chicken fast food market and accepting new franchisees.

Prices for many franchises in South Africa have also risen in the last two years - and the chicken industry is no different.

Here's how much it will cost you to open your own chicken restaurant or takeaway franchise in 2021.

Chicken Licken has a 40-year history in South Africa and claims to be the biggest non-American fried chicken franchise in the world. It's grown significantly since its early days in Johannesburg and has developed something of a cult following. The business has continued to expand, and after years of consternation, finally offered home delivery.

Chicken Licken is also looking for franchisees to help grow the business - and they're selling full stores and a drive-through concept. Prices for both options have gone up significantly in the last two years.

A full store currently costs R4.8 million, whereas one with a drive-through option costs R6.8 million. They also require an upfront franchise fee of R180,000, and charge 12% of franchisee turnover, split evenly between royalty and marketing fees.

For this, franchisees receive full training for three weeks for a staff of 14, relevant kitchen utensils, uniforms, legal support, store plans, and development supervision. The franchise agreement lasts ten years or as long as the shopping centre lease.

Nando's is another popular South African franchise - and one that's expanded around the world. There are now roughly 1,000 Nando's branches, and franchisees drive much of this growth.

Nando's admits that most won't make it through the full application process - they require that applicants have solid track records, adequate funds, and possess "the attributes of a business owner".

Provided you can make it through the application process, and find a suitable available location, you'll need to pay an upfront application fee of R25,000 - which is refundable without interest should you withdraw. Franchisees must then pay a R250,000 franchise fee to cover rights and other legal issues and other essentials.

Establishing a new Nando's then costs approximately R3.7 million plus VAT, and the company suggests a working capital of R500,000. In total, opening up a new Nando's franchise in 2021 will likely cost approximately R5.25 million for a regular store, and R7.05 million for a drive-through. Nando's also charges a fee for royalties and marketing, which has previously been set at 12% of net monthly sales.

Alternatively, there are some established Nando's stores currently up for sale.

KFC in South Africa has historically been a bit cagey about accepting new franchisees - whereas most franchisors are happy to share details of what it takes to buy into the business, emails to KFC's franchise office bounced back, and its head office declined to share the latest franchisee application details with Business Insider South Africa.

With some 914 stores located in South Africa alone, it's hardly surprising, and new franchise applications have been somewhat oversubscribed for several years now. Historically, existing KFC franchisees in good standing received priority over new applications, and there was a waiting list for outsiders. But reports indicate that a new KFC franchise in South Africa will cost upwards of R6 million.

They are accepting applications from interested franchisees. They currently charge a franchise fee of R175,000 excluding VAT, an administrative fee of R5,000, and a legal fee of R15,000. This total of R195,000 does not include electrical, extraction, gas installations and several other extras - but franchise documentation commits to store setup taking place four to six weeks from payment.

The store also charges a monthly royalty fee of 5% of net turnover.

Barcelos started as a flame-grilled chicken restaurant in 1993 and began franchising its stores five years later. They now have 138 stores in 20 countries, and many of the local quick-service restaurants in South Africa are franchisee-owned.

A new Barcelos franchise in South Africa requires a joining fee of R150,000 plus VAT, working capital of approximately R100,000, and around another R100,000 for opening stock. Depending on the branch size and location, a new Barcelos branch requires a total investment of between R950,000 and R1.4 million.

Bird & Co is a chicken and pizza franchise started in KwaZulu-NAtal in 2017. There are currently six stores in their network, but they're looking to franchisees to help grow their footprint.

A new Bird & Co franchise requires an upfront fee of R100,000, and is estimated to cost a total of R1.6 million excluding VAT to establish. The total price of a new franchise is therefore likely in the region of R2 million. Once established, franchisees are required to pay a total of 5% each month in management fees.

Chicken Bar is a company started in 2019 in Mthatha serving grilled chicken dishes. The owners decided to franchise the business in 2020 and are currently taking new franchisees on board for additional branches.

They are selling two chicken franchise options that come as a kiosk or a container, both of which come as five-year agreements. Franchise fees for both are R100,000 and require 8% in monthly fees, excluding VAT. In total, the kiosk option will require an investment of R981,000, and the container franchise R1.85 million, both excluding VAT.

Chicken Xpress is another chicken franchise with its roots in KwaZulu-Natal. It started as a single store in Umlazi and has grown to include stores throughout South Africa and neighbouring countries.

Franchises must pay a joining fee of R125,000, and the estimated set up fees for a new 80 square metre Chicken Xpress store is around R1.3 million, both excluding VAT. Franchisees must also pay monthly fees of 6.5% of turnover.

Honchos Flamed Grilled Chicken began in Pietermaritzburg in 2005 and has since expanded to 91 outlets across the country.

Establishing a new Honchos store requires an upfront fee of R150,000 and working capital of the same amount. They estimate that establishing a new store will cost R1.35 million, bringing the total investment to roughly R1.5 million. Franchisees will also pay monthly fees of 7%.

Pedros is a flame-grilled chicken franchise with branches in KwaZulu-Natal, Gauteng, and Cape Town. Their goal is to offer chicken sales through multiple touchpoints, including apps and delivery, but focus on customer-facing branches.

They are selling standalone store franchises that range in size from 100 to 200 square metres, which can cost between R1.3 million to R1.6 million to establish. They're also offering a drive-through option that costs in the region of R2.5 million.

The franchisee joining fee is R100,000, and monthly royalties are 5% of net sales.

Tasty Gallos is a chicken-centric franchise with roughly a dozen stores. They're looking for new franchisees to buy into their business, and claim to offer a franchise with low upfront, setup, and operating costs.