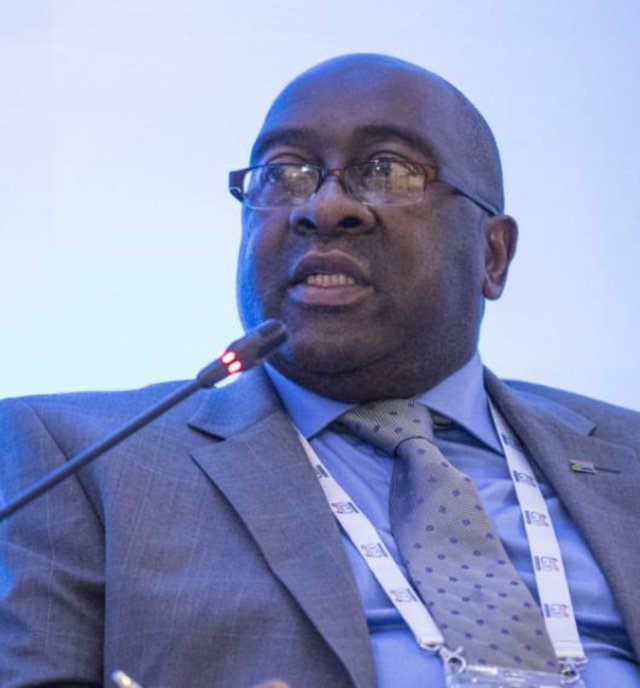 Until last week, South Africa's reinstated minister of finance had a reputation as a no-nonsense man of principle. During his previous stint in the job, Nhlanhla Nene refused to be bullied into accepting a massive nuclear deal and he also blocked a senseless SAA lease contract which SAA board chair Dudu Myeni favoured.

That ultimately cost him his job, but earned him the respect of millions of South Africans.

But last week Nene admitted to a string of meetings with the Gupta family and now seems set to quit the job again.

Here are some things you may not know about the on-again, off-again finance minister.

He starts every day at 05:00 with rigorous exercise. 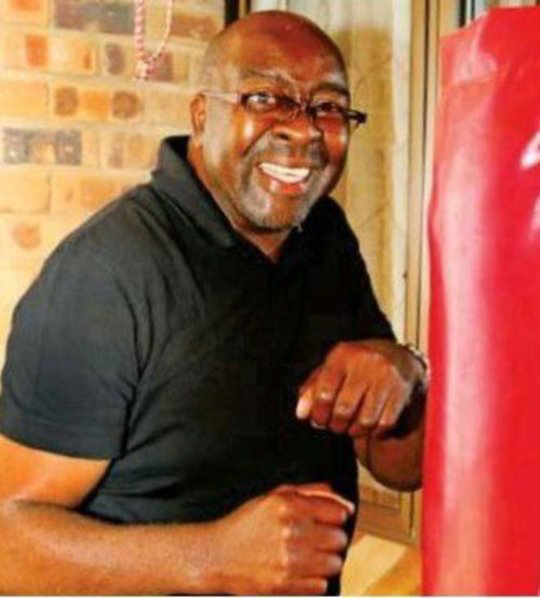 Nene starts every morning at the punching bag. Photo: Drum

Like president Cyril Rampahosa, Nene believes in starting the day with exercise. He favours a couple of rounds with a punching bag and also spends some time on his exercise bike, he told Drum magazine in an interview in 2016.

Bloomberg once described Nene as having "the build of a retired rugby player, and a preternatural calm".

His first commercial venture was running a tuck shop from his parents' house as a child.

Nene was born in Kranskop, Kwazulu-Natal (80km from Nkandla) in 1958 and from an early age displayed an interest in commerce, running a small sweet shop for local children.

His father, a teacher, passed away when Nene was a teenager. His mother was a nurse. He got involved in anti-apartheid activities while in high school, and got expelled in matric from the Georgetown High School in Pietermaritzburg.

He had to complete his school year from home and started a marketing course with Damelin after his application for a place at the University of Zululand was squashed by the security police. The police also later prohibited him from taking up a job with the Coca-Cola bottler Suncrush, he told Bruce Whitfield in an interview on 702's The Money Show.

He worked as an agent for Metropolitan Life, and still gets calls from people who want to buy life policies from him.

After being arrested for organising a strike at a bus company, Nene joined Metropolitan Life. He sold policies and later worked as a regional office administrative manager for Metropolitan for 15 years.

He told Whitfield that while he was finance minister, he would still receive policy requests from former clients, who weren't aware that he had moved on.

He organised the first strike in the South African financial sector.

In 1990, while working at Metropolitan Life, Nene organised the first ever strike in the South Africa financial industry under the banner of SA Commercial, Catering and Allied Workers Union (SACCAWU).

He achieved all his tertiary qualifications while being a member of parliament.

After becoming a MP in 1999, Nene threw himself into academic studies, earning a BCom (Hons) from the University of the Western Cape and other certificates in economics and public finance.

Nene is an avid cabbage farmer. Nene has a 22-hectare farm near Kranskop in KwaZulu-Natal, where he planted 10,000 cabbages with his wife Lisa, a retired teacher, who also farms with chickens. He commutes to the farm every weekend if possible, and spent most weekends there even while being minister of finance.

He quit three jobs to return to politics last time around.

When he returned to politics last time around, he was a non-executive director of Allan Gray, an adviser of Thebe Securities, and chair of Arise, a Dutch group that invests in Africa.

Nene is a lay preacher.

He regularly preached on weekends at his local Lutheran Church. "Faith is the anchor of my life. I rely on the Holy Spirit," he told Whitfield.

Related Links
South Africans are probably eating Chinese honey that has been mixed with syrup, warns Wandile...
South Africans will save so much money through stokvels this year that they could buy Pick n Pay...
5 of the most awe-inspiring new office buildings in South Africa
Next on Business Insider
Inside Nike's high-profile gender discrimination lawsuit, where plaintiffs claim unequal pay and more