According to Honolulu council members, there have been numerous reports of injuries on the trail.
Laszlo Podor/Getty Images, Majicphotos/Getty Images

Hawaii's most Instagrammable staircase could be no more after the Honolulu City Council voted in favour of permanently removing them on September 8, local outlet Hawaii News Now reports.

Haiku Stairs, popularly known as the "stairway to heaven," comprises of 3,922 steps built into the face of Oahu's Ko'olau mountain range, according to CNN.

Friends of Haiku Stairs, a non-profit organisation that believes the stairs should not be removed but reopened, said they were originally built in 1942 "as part of a pioneering top secret US Naval Radio Station." In 1987, following concerns about vandalism and liability, according to Forbes, the stairs were closed off from the public.

Despite the fact that public access to Haiku Stairs has been restricted for more than three decades, illegal trespassing and reports of injuries along the trail have continued to make them a source of strain for local government representatives.

In April, a 24-year-old hiker injured his knee while on Haiku Stairs, KHON-TV reported. In 2018, a visitor from Utah who said he was aware he was trespassing told Hawaii News Now that he was "impaled" on a wooden box with spikes after he fell from a fence trying to access the stairs. Hawaii News Now reports that following the unanimous council vote on September 8, council member Esther Kia?aina said: "Due to rampant illegal trespassing, Haiku Stairs is a significant liability and expense for the city and impacts the quality of life for nearby residents."

Her position was echoed by council member Brandon Elefante, who said the council had spent nearly R15 million in taxpayer money to remodel the steps as well as "hundreds of thousands of dollars in security costs," according to the publication.

Now that the council has voted in favour of removal, the final decision will be made by Honolulu's Mayor Rick Blangiardi. He has 60 days to decide and is expected to approve the measure, CNN reports. 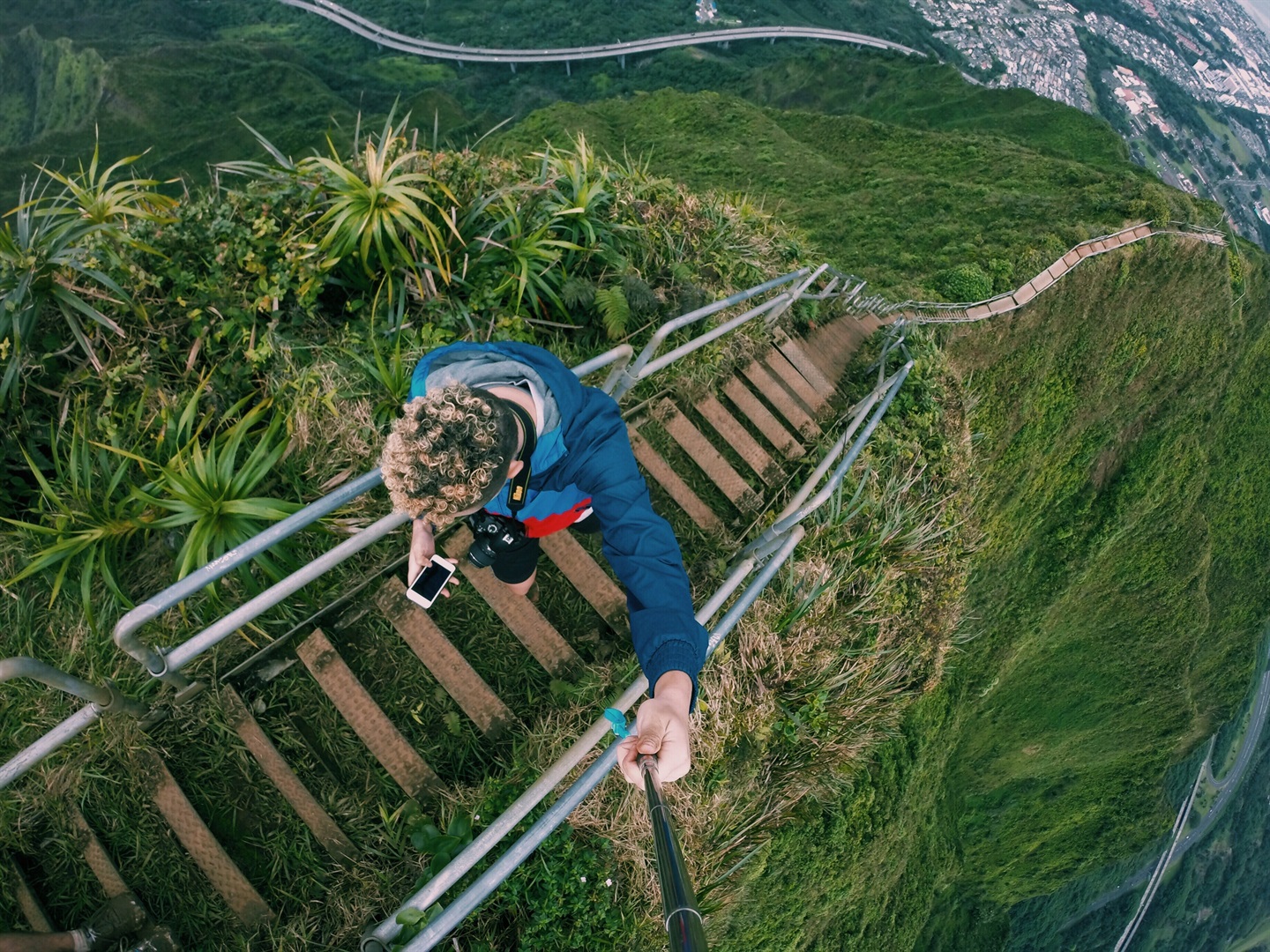 Illegal trespassing from thrill-seekers climbing the steps is one of the reasons the stairs may be removed.
Felisha Carrasco / EyeEm via Getty Images

Meanwhile, not everyone is happy with the growing likelihood that Haiku Stairs will be permanently removed.

Friends of Haiku Stairs (FHS), a group of volunteers made up of members from hiking organisations, community groups, and conservation organizations from the local area, are fighting to "protect the historic Haiku Stairs and its environment for current and future generations," according to the group's website. It also says that they held a rally on September 7, the day before the council's vote, outside of Honolulu's city hall.

Despite the council's position that the stairs have become a significant expense and a liability with regards to reports of injuries, FHS cites numerous reasons on its website as to why the stairs should be preserved, including their history.

It also claims that there have been "no documented serious injuries or deaths resulting from accidents on the Stairs."

Council members Esther Kia?aina and Brandon Elefante, and FHS did not immediately respond to Insider's request for comment.