Here's everything we know about 'Harry Potter: Wizards Unite,' the new game from the creators of 'Pokémon Go' coming later this year 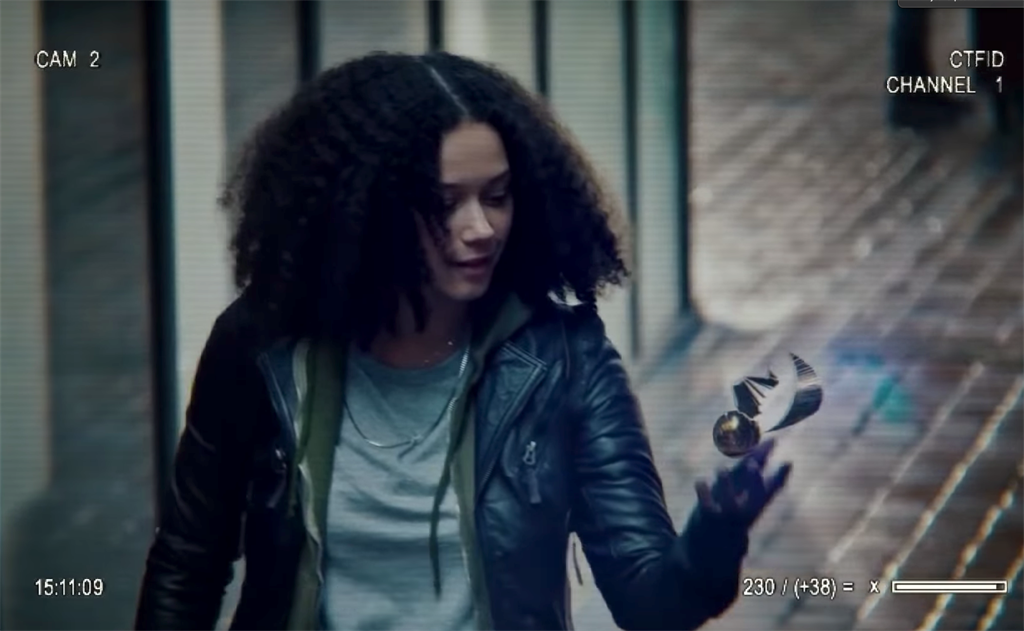 You may have seen this teaser for "Harry Potter: Wizards Unite" before the theatrical run of "Fantastic Beasts: The Crimes of Grindelwald."
Screenshot/YouTube

Co-developed by WB Games and Niantic, the creators of "Pokémon Go," the new "Harry Potter" game features similar mechanics, and will let players follow their own magical adventure wherever they take their smartphone.

In "Harry Potter: Wizards Unite," players will take on the role of a new wizard recruit working with the Statute of Secrecy Task Force - the group responsible for solving the mystery of the Calamity, a major event that scattered magical artifacts and creatures all over the world.

Players will explore the real world searching for signs of magic, encountering iconic Harry Potter characters along the way.

While Business Insider's Matt Weinberger had a chance to try to the game at a private event, it's not ready for a global release just yet. Niantic has said "Harry Potter: Wizards Unite" will launch this year, but there's no specific time frame. Pokémon Go launched in July 2016, which let players in North America venture out into the summer weather to explore the game during its early months - perhaps "Wizards Unite" will repeat the trick?

Here's everything we know about "Harry Potter: Wizards Unite" so far:

In "Harry Potter: Wizards Unite" you'll explore the real world to find traces of magic at special destinations, including inns, greenhouses and fortresses. When players explore the real world, they will find a variety of Wizarding locations on their in-game map, including inns, greenhouses, fortresses, and traces of magic that will trigger special encounters.

Magical encounters use 3D graphics and nifty augmented reality effects to project each scenario onto your surroundings. Every successful encounter gets logged in your registry, granting rewards.

Some encounters will have you aid magical creatures, like this Demiguise from "Fantastic Beasts and Where to Find Them."

Others will force players to duel against dark wizards, like Lord Voldemort's fearsome Death Eaters.

Players will be able to cast various spells by tracing patterns on their screen, with points for speed and accuracy.

Players will be sorted into one of the four houses of Hogwarts: Gryffindor, Slytherin, Hufflepuff, or Ravenclaw. Niantic has teased some social features to be announced, but it's not clear how your choice of houses will impact gameplay.

Players will also choose a profession, like Auror, Magizoologist, or Professor, to aid on their adventure by granting them unique skills.

In "Harry Potter: Wizards Unite," Players can specialize in different professions, like auror, magizoologist, and professor. Each profession has their strengths: Aurors are wizards who battle against the dark arts, while magizoologists track magical creatures.

Players can team up to unlock special bonuses during Wizarding Challenges.

When visiting fortresses on the map, players will also be able to complete in Wizarding Challenges, which are multiplayer events that pit teams against a field of enemies, often with special conditions or handicaps.

Players from different professions will be encouraged to work together to defeat Wizarding Challenges and unlock rare bonuses.

You may not see Professor Snape in "Harry Potter: Wizards Unite," but you can mix your own potions. In "Harry Potter: Wizards Unite" players can mix potions using ingredients collected in their travels, including from greenhouses. Potions can boost help provide some temporary bonuses, but Niantic warns that you'll have to go exploring in different real-life weather conditions to collect all the ingredients you might need.

Players can find portkeys, which will "teleport" them to different locations in the Wizarding World and give them the chance to look around.

In the Harry Potter universe, portkeys are typically ordinary items that would easily be overlooked by regular people - but that wizards can use to travel instantly to another location.

If players discover a portkey, they'll be able to use their phone as a gateway to an iconic location in the Wizarding World. Using the portkey, players can view a full 360-degree environment, like Ollivander's wand shop, in augmented reality.

The full story of "Harry Potter: Wizards Unite" might take years to tell. As they make progress, players will discover more clues leading to the truth behind the Calamity. Niantic says "Harry Potter: Wizards Unite" will have a narrative spanning multiple years, with various mysteries to unravel.

While the game doesn't take place at Hogwarts, Harry, Hermoine, Hagrid and other favorites all make appearances in "Harry Potter: Wizards Unite" and its fully voice-acted story.

"Harry Potter: Wizards Unite" will launch later in 2019; be sure to check back for more updates as Niantic puts the finishing touches on its latest augmented reality game.