Here's a rundown of why LiveWire could be this biggest electric-vehicle story of 2020:

The LiveWire is ... live! Harley-Davidson announced the motorcycle in 2014, then launched it in 2019, when deliveries commenced late in the year.

LiveWire was the star of the New York Motorcycle Show in December, and the centerpiece of the Harley booth.

Here's what LiveWire isn't: A Tesla. Elon Musk's carmaker has dominated electric-vehicle news for a decade. But Musk, a one-time biker in his youth, doesn't want to do a Teslacycle. He had some close calls when he was a teen.

Another thing the LiveWire isn't: A throwback to Harley's chopper era. The LiveWire is the biggest electric motorcycle of all time. It has a range of 146 miles, an 85-horsepower motor, a 15.5 kilowatt-hour battery, and can be recharged either overnight on Level 2 or in about an hour on DC fast-charging. LiveWire is a strong effort to bring American leadership to electrifying the two-wheeled world.

Harley CEO Matt Levatich has made the LiveWire a cornerstone of the iconic company's 21st-century strategy.

Harley needs a new strategy, as the company stock endured a 40% slide over the past five years. Harley's customer base is aging, and new riders have been hard to find. Harley legendary V-Twin motor is not a factor on LiveWire. But the bike is still built with pride in the USA. This ought to placate President Donald Trump, who has criticized Harley for moving some production to new markets that its want to open up, especially in Asia. The brand has incredible potential in Asia; here's a band of Chinese riders hitting the road.

LiveWire looks ... impressive. And it's priced accordingly, starting at about R420,000. 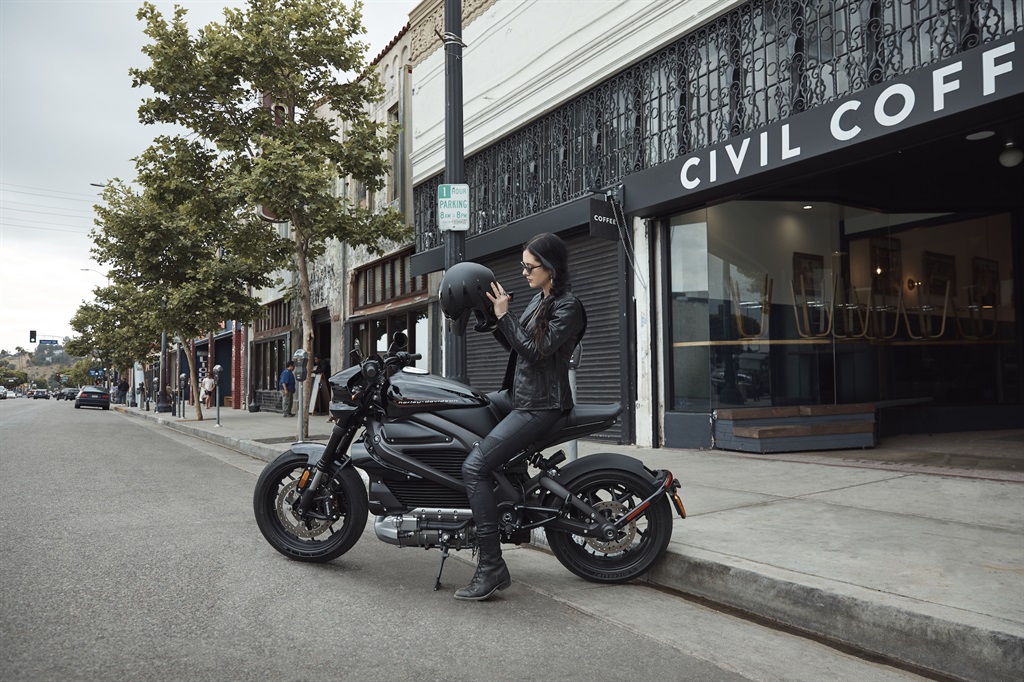 But the bike is still something special and has a bright future.

I've rarely been as excited as I am about the LiveWire, which despite the naysayers marks a HUGE departure for Harley in the US, charts a brave new future for the brand at home, and suggests some interesting strategies for the rest of the world.

Except that it was my two-wheelin' heart, a beatin' a seduced rhythm.

I was already prepared to have my game changed by LiveWire, but I think that it should generate if not massive sales in 2020 then certainly buzz around electric motorcycles. Here's what could happen.

A bunch of guys are out on a weekend ride on their beloved hogs. They stop for a break. There's a LiveWire in the picture. Before you know it, one LiveWire adopter has become a brand ambassador for a dozen grizzled dudes in denim and black leather.

It's gonna be a slow build, in other words. But given the exceptionally underwhelming condition of the electric bike market now, a slow build is preferable to the alternative, which is no build.

But the endgame, versus the game-change, to me looks promising. Harley has committed, and when you're as big as the Milwaukee legend, that matters.