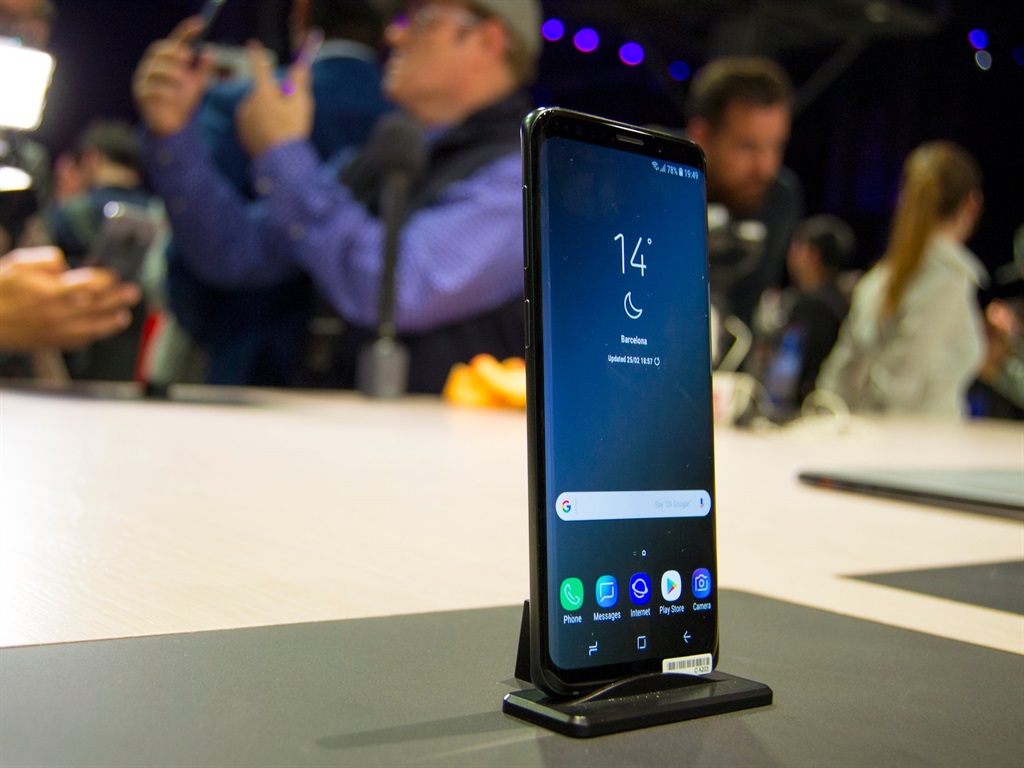 Business Insider attended the company's press conference in Barcelona, and got some time to spend hands-on with both devices.

Here are the key takeaways you should know about if you are considering buying either phone:

The design has remained virtually unchanged. The first thing that's immediately noticeable upon picking up a Galaxy S9 or Galaxy S9+ is just how similar they are to their predecessors.

If you didn't notice the different positioning of the fingerprint sensor — which now comfortably sits below the camera, and not next to it — or stumbled upon one of the new colours, like the "Lilac Purple," you would really have a hard time telling a Galaxy S9 and its predecessor apart.

Samsung's new phone seems a lot like the "s" versions of the iPhones in years past — but that's not to say that the design has any noticeable flaws. The in-hands feel certainly remains solid.

There are some important upgrades, but many of the specs are similar too. The similarities between the two pairs of phones — if you compare the S8 and S8+ to the S9 and S9+ respectively — don't end there, however.

Those "infinite display" panels are still QuadHD, the screen resolution first introduced with 2015's Galaxy S6 and Galaxy S6 edge, and while they still look as good as ever, they fail to impress anymore.

This is not a call for 4K displays on sub-7" displays, but a QuadHD display alone struggles to add anything that previous smartphones didn't have, and therefore the very first impression can't be "wow."

Samsung, in particular, has consistently had some of the very best panels on the market, so the slight improvements in brightness and colour accuracy of the S9's get lost in the bulk of upgrades the Galaxy S8 already brought last year.

The S9 also retains the 3000mAh battery its predecessor had (3500mAh for the S8+/S9+), 64GB of storage, and 4GB of RAM for the base model — the S9+ has 6GB, but the differences in performance were unnoticeable in the brief stress test I made.

The most notable S9 and S9+ upgrades are in the processor, which is now the Snapdragon 845, the Note 8's iris scanner, which can be used for face unlocking, and a new pair of stereo speakers, tuned by AKG.

Overall, however, much of last year's Galaxy S8 has made its way to this year's device, which is a slight refinement and not a rethinking of the Galaxy S brand.

There are some important spec differences between the two models. Perhaps the biggest difference is not between the old and the new models, but between their respective gaps.

The Galaxy S8 and S8+ were almost identical last year, whereas 2018's Galaxy S9 and S9+ differ from each other more significantly.

(This might also translate in a larger price difference, but Samsung has not shared final details on pricing yet.)

There are four distinctions: Screen, battery, RAM, and camera.

The screen is 1cm larger or the S9+, which is a nice real estate bump considering that the difference in size is negligible, at least in hands.

I use an iPhone X as my daily driver, which is a 5.8-inch (14.7cm) device, and I still felt that the slightly larger S9+ got more value out of its added size than its smaller sibling.

The battery, on the other hand, is a full 500mAh larger (3000 vs 3500), which could translate in a solid battery life difference; and the extra 2GB of RAM, too, might come in handy as apps get bigger and the device's battery wears off over time.

But the major difference is still the secondary 12MP telephoto camera, which is only present on the larger S9+.

The dual-lens system is borrowed from last year's Galaxy Note 8, and Samsung again uses it to offer 2x zoom photos without quality loss and some bokeh effects to enhance portrait mode pictures.

The camera is the key difference. The main camera, however, is where the Galaxy S9 really shines, and arguably the single biggest upgrade from last year's device.

The main sensor — identical on both phones — still maxes out at 12MP, but the lens itself has been re-engineered from the ground up. And it now offers something of a first for smartphone cameras: A mechanical aperture.

Smartphone sensors are so small that phone companies have stuck with fixed camera apertures, and worked on things such as auto-focus technologies, dual pixels, and second lenses to improve the quality of pictures.

But the Galaxy S9's dual aperture allows it to go as wide as f/1.5 — an ultra-wide aperture that lets in a lot of light and will come in handy for low-light situations — or keep sharper detail at f/2.4.

The camera will automatically switch between the two according to how much light there is, but a Pro mode will allow you to tweak most settings — like ISO and white balance, other than aperture — if you want to.

The mechanical nature of the aperture's change, much like on DSLR cameras, means that you can actually see the difference for yourself, with the camera opening and closing its eye at the tap of a button.

There was no way of properly testing the rear shooter in the dim and chaotic setting of Samsung's venue in Barcelona, but the camera is insanely fast and its app is clean and cleverly designed.

The inclusion of a changeable aperture is, in and of itself, a remarkable achievement — one which we will likely see more of as 2018 smartphones keep getting unveiled.

AR emojis and slow-motion videos are fun, but you will forget about them soon. What has changed is what it's used for, with Samsung's introduction of AR (augmented reality) emoji.

AR emojis are essentially the company's take on Apple's Animoji, and work much in the same way: You take a picture of yourself and wait for the phone to process it into an Xbox-like avatar that can track your facial movements.

With it, you can then either shoot video or share it via a series of pre-made gifs; in my brief testing the avatarisation process didn't work great, however, and the facial tracking was a bit hit-or-miss.

AR emojis don't feel like anything more than a fun gimmick — and if Animoji have taught me anything, is that I would probably not find myself using AR emoji much either.

There's also a new, 960fps slow-motion video, which is legitimately impressive, but that also doesn't feel like a feature that can improve the phone's usability in day-to-day usage.

It's fun to have, and it's a technically spectacular feat, but there isn't much to it beyond that.

It will probably be a great phone for Android lovers that come from older devices, but not many others. Between negligible updates in hardware and software — the demo units I tried all run on Android 8.0 Oreo — the overall feel was that of a slightly tweaked Galaxy S8.

You can see it in two ways: If you own a Galaxy S8 or any other high-end Android smartphone, like the Pixel 2 XL or even Samsung's own Note 8, there really isn't much for you to look forward to here.

Samsung didn't want to revolutionise the experience, and you will probably be better off waiting another year — or, at least, for the Galaxy Note 9 — before considering an upgrade. If you own an older smartphone, on the other hand, the Galaxy S9 and S9+ may legitimately represent one of the two best options in the Android market you can get your hands on right now.

Beyond the obvious comparisons with its predecessor, which make the leap appear small, the S9+ is an absolutely great package overall — particularly in the design, display, and camera departments.