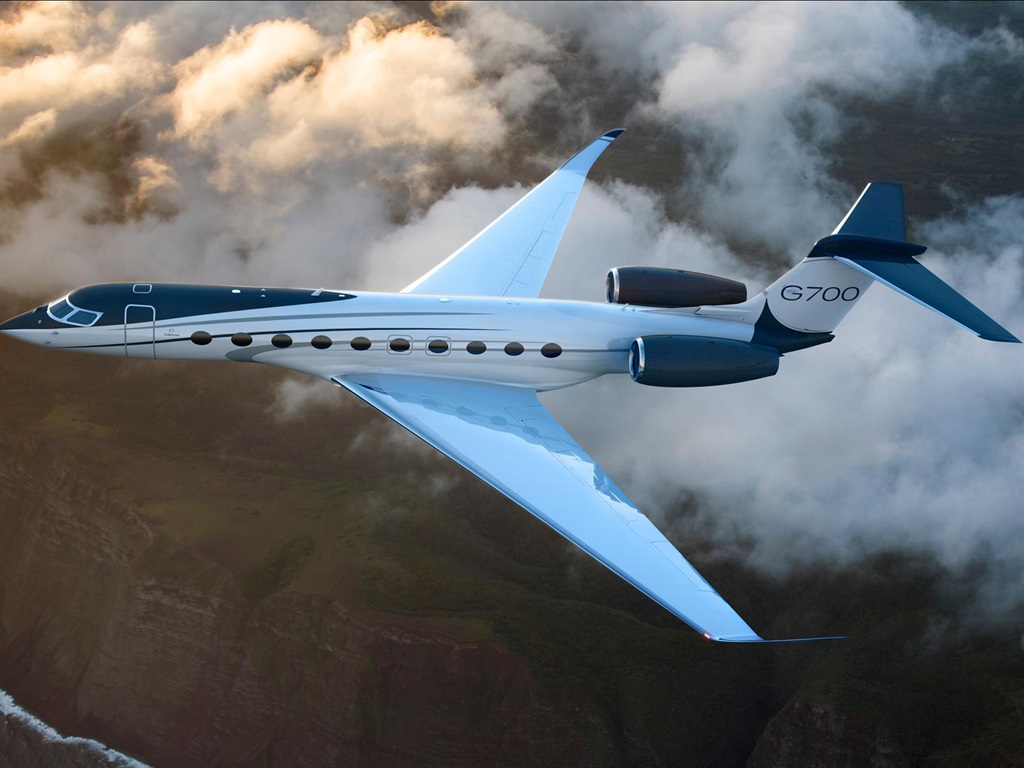 Gulfstream has unveiled the G700, its new flagship private jet, which the company says is now the largest plane in the private jet industry.

"The Gulfstream G700 takes the very best elements from our most innovative products and unites them with cutting-edge advances to create an all-new, advanced-technology aircraft that redefines safety, comfort, and range at speed," Gulfstream President Mark Burns said at the 2019 National Business Aviation Association Convention and Exhibition in Las Vegas on Monday when the plane was first unveiled.

The jet can operate on short, weight-restricted, and high-altitude airport runways and is the culmination of almost 14,000 hours of lab tests, incorporating five test aircraft into one production jet. It's powered by two Rolls-Royce Pearl 700 engines

The G700 has the tallest, widest, and longest cabin in the industry, according to the planemaker. The cabin length is 56 feet and 11 inches (17 metres), not including a 195-cubic-foot (59 cubic-metres) baggage area. It stands is six feet and three inches (1.9 metres) high, and measures eight feet and two inches (2.4 metres) wide. These spacious specs allows the jet to seat up to 19 passengers and sleep up to 10.

There's also an optional six-place dining room that doubles as a conference space, which can be utilised with the jet's complimentary Jet ConneX Ka-band WiFi.

Other luxurious amenities include the circadian lighting system around the plane that recreates sunrise and sunset through white and amber LED lights. The planemaker claims this can reduce jet lag after flying through time zones.

"Gulfstream has a long tradition of listening to our customers, and the G700 cabin is the evolution of that collaboration," said Burns.

Qatar Airways, which is already servicing 11 Gulfstream aircraft, has ordered 10 G700s to use in its Qatar Executive service business jet charter business.

"We are excited to be the launch customer of the G700, the largest business jet in the industry, and are looking forward to the aircraft joining our fleet," CEO of Qatar Airways Akbar Al Baker said in a prepared statement. "Qatar Executive's customers have extremely high standards, and this aircraft will help us meet their requirements by delivering unrivaled performance that complements our excellence in customer service."

Customers interested in buying the plane will need to drop $75 million (R1 billion) in order to secure one, Reuters reported.

Take a closer look at the large private jet and its luxurious amenities:

Gulfstream calls the new G700 the “best-performing aircraft in the business jet industry." The seats can be converted into beds and are positioned adjacent to the windows and cabin controls. It has five living areas and a large gallery that can double as a passenger lounge or crew compartment. The master suite has an optional add-on of a master bath, spa shower, two windows, and a wardrobe closet. There are 20 panoramic oval windows, which Gulfstream says are the largest in the industry. Gulfstream stated that the G700 has the lowest cabin altitude in any jet, likely because of its pressurisation.

Gulfstream claims the G700's ability to fly at Mach 0.90 will help owners save money on maintenance, parts, and crew days.

The Symmetry Flight Deck in the cockpit has touch screen avionics and “Phase-of-Flight” intelligence that helps the pilot and reduces the time it takes to start the aircraft. It also has a Predictive Landing System, which allows pilots to see advanced warnings of runway deviations so they can adjust accordingly. The aircraft is already sold out through 2023, Flying Magazine reported.

For buyers who have already ordered, G700 deliveries will start in 2022.