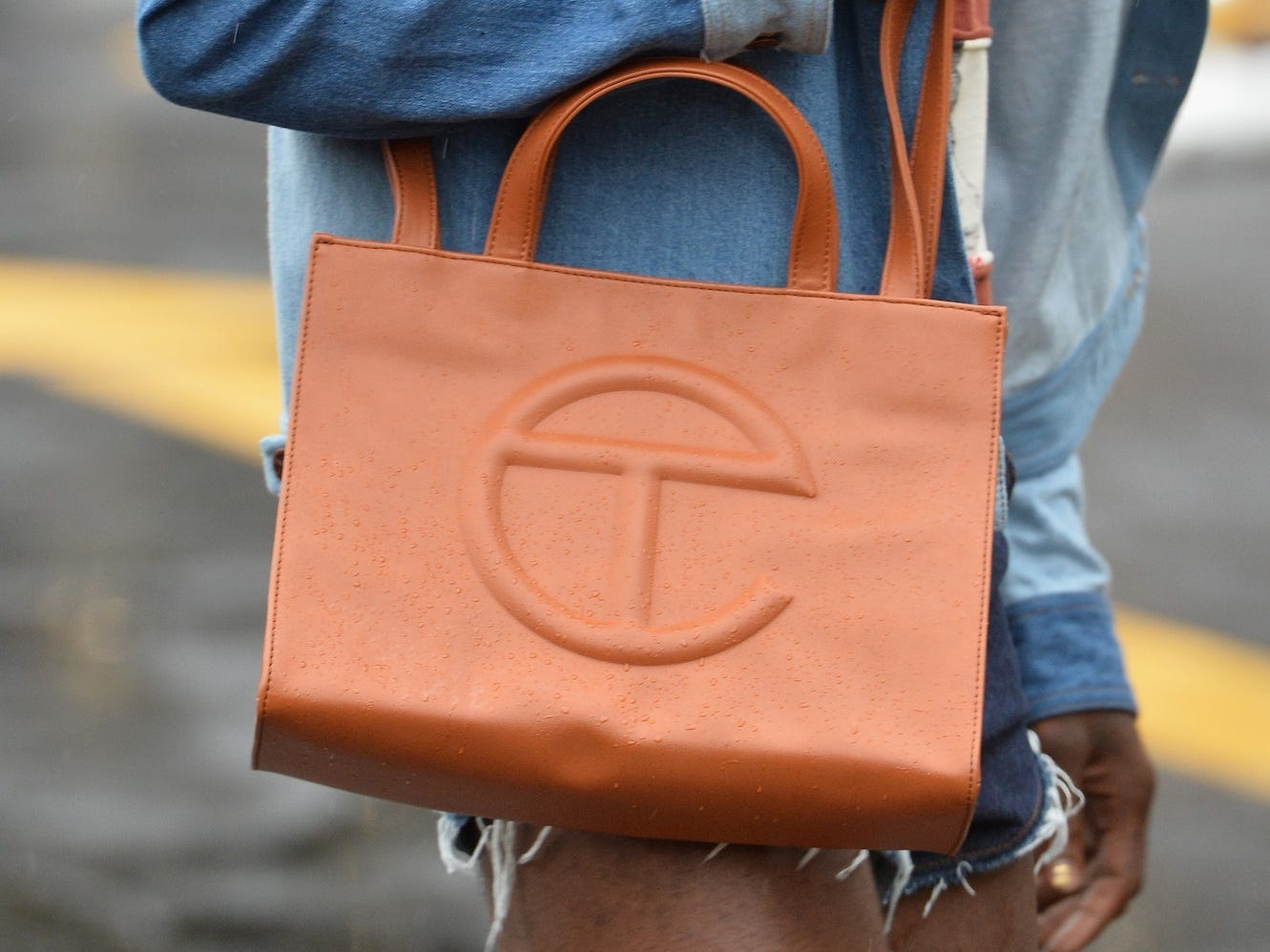 Guess has pulled its latest handbag - which looked a lot like the fan-favorite Telfar purse - after people accused the fashion brand of copying the Telfar Clemens design.

Social-media users - including Antoine Gregory (@bibbygregory on Twitter), a fashion director and founder of Black Fashion Fair, which aims to discover and support Black designers - noted the similarity of the bags, which both feature a long strap, short handle, and square-shaped bodies. Whereas Telfar bags famously feature an intertwined T and C logo, the Guess version had the brand's G initial surrounded by a circle.

Fashion fans were particularly frustrated by the similarities between these bags, as Clemens is "one of the few Black creatives at the head of his own fashion brand," as The New York Times' Vanessa Friedman reported.

Now, Guess has told the publication that it's stopped selling the totes as to not interfere with the success of Telfar bags.

"Signal Brands, the handbag licensee of Guess, Inc., has voluntarily halted the sale of its G-Logo totes," Signal Brands shared with The New York Times. "Some on social media have compared the totes to Telfar Global's shopping bags."

"Signal Brands does not wish to create any impediments to Telfar Global's success and, as such, has independently decided to stop selling the G-logo totes," the statement continued.

Insider was unable to reach Signal Brands for comment. Representatives for Guess did not immediately respond to Insider's request for comment.

Clemens has not issued any public statement on the Guess bag at the time of writing, as he had been in Liberia throughout most of March, according to The New York Times.

However, the Telfar brand has shared screenshots of the publication's recent article on Instagram. In the caption of its post, Telfar promoted its then upcoming bag launch.

Clemens' business partner Babak Radboy, on the other hand, "didn't even know Guess had decided to withdraw the totes until a reporter read the statement to him over the phone," according to The New York Times.

Radboy told the publication that they learned of the Guess bag in February, and chose not to take any legal action because they "weren't afraid of it" and didn't want "to draw attention to it."

According to Radboy, their confidence stemmed from both the support of their customers, and the story behind the Telfar bag, which is sold only on the brand's website, and is meant to be accessible to shoppers and communities who are commonly "marginalized by the fashion world," as The New York Times wrote.

Representatives for Telfar Clemens and his brand did not immediately respond to Insider's request for comment.