Singer Grimes posts nude Instagram photo of her looking pregnant and comments about being 'knocked up,' leading to speculation that she and Elon Musk are having a child 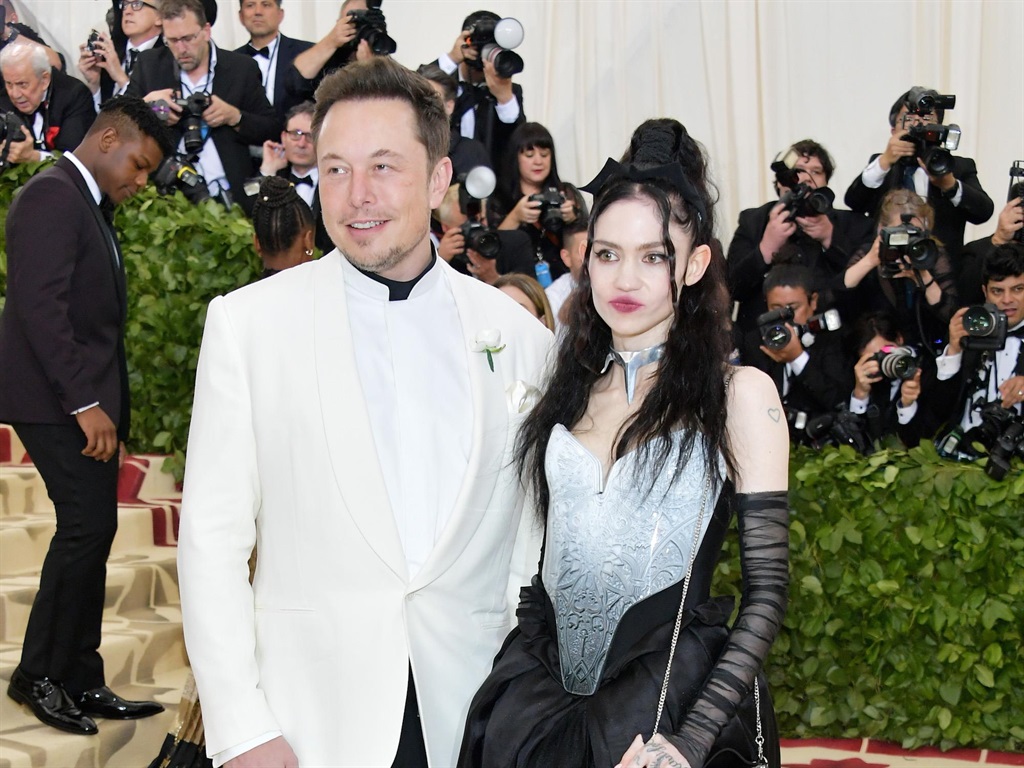 Elon Musk and Grimes at the Met Gala.

Grimes may have just announced that she's pregnant.

The singer and producer, who is dating Tesla CEO Elon Musk, posted an unusual (and not safe for work) Instagram post on Wednesday afternoon that showed her naked with a fetus Photoshopped on her stomach. The post didn't include a caption, but in a comment on the post, Grimes appeared to imply that she is, in fact, pregnant.

The original post stayed up for a few hours before it was apparently taken down, likely because it violated Instagram's standards on female nudity. Grimes reposted a censored version of the photo Wednesday evening.

The meaning behind the photo is unclear. Grimes is known for trolling on social media, and given that the singer is planning to release a new album, "Miss Anthropocene," in February, this could be a reference to the new music or an album cover. The couple have been dating on and off since 2018, when they made their relationship public by walking the red carpet at the annual Met Gala. Musk has five sons from a previous marriage.

Representatives for Grimes and Musk did not immediately respond to requests for comment.

Moments after the photo was posted, social media was ablaze with people speculating whether the pregnancy is real and whether Grimes and Musk are having a baby together: