Murders and car accident deaths slumped in Dec, Jan - but that is changing fast 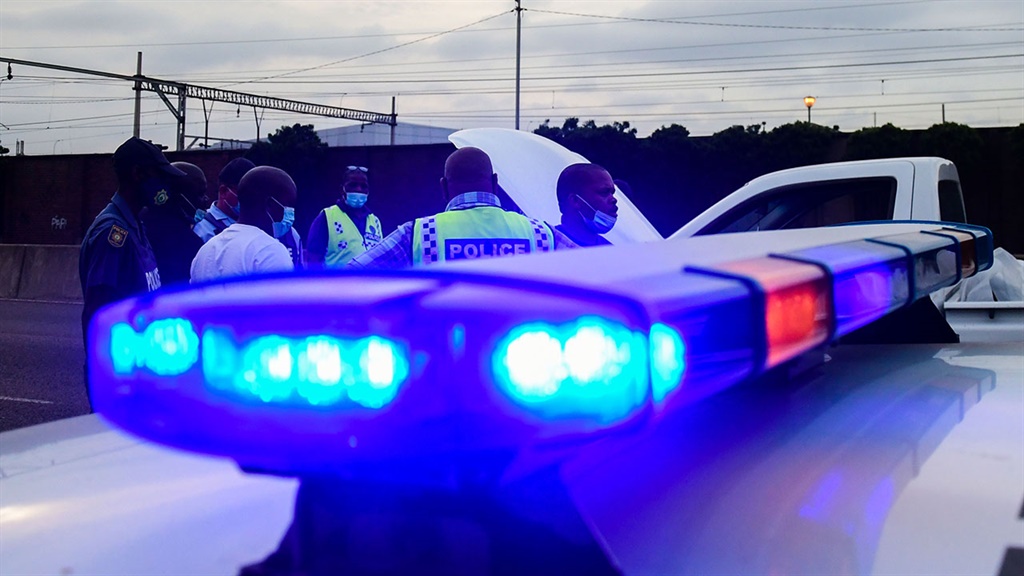 The latest data released by the South African Medical Research Council (SAMRC) show a sharp slump in the number of South Africans who died from unnatural causes - including accidents, murders, suicides and drownings - in December and January.

The fall coincides with the ban on alcohol in South Africa, which was instituted on 28 December in an effort to flatten a deadly second Covid-19 wave.

Towards the end of January, the number of deaths from unnatural causes was far below the expected rate (orange line) under normal circumstances, and almost reaching only 600 a week, numbers last seen in May last year. 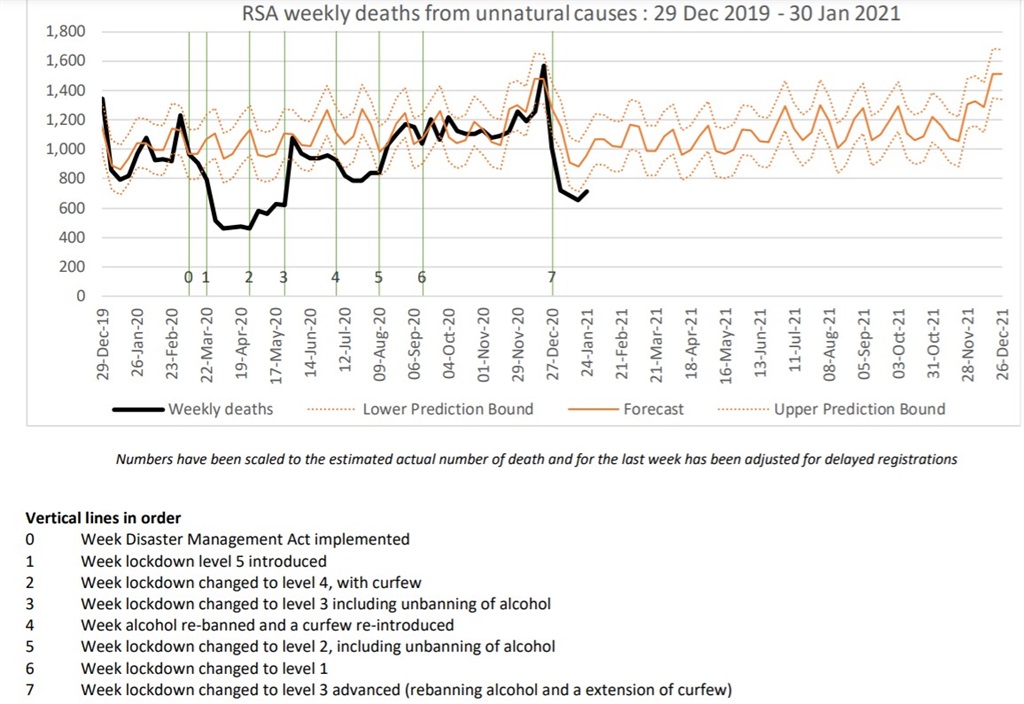 But there's a sharp increase in the number of deaths from unnatural causes in the week to 7 February, which coincided with the relaxation of lockdown to allow restricted sale of alcohol and the shorter curfew hours, says the SAMRC. In that week, there were almost 1,000 deaths again - close to the "normal" rate for this time of year.

South Africa's unnatural death rate closely tracks the alcohol restrictions announced during the pandemic, giving ammunition to those in government who are considering adding new – and permanent – restrictions on the alcohol industry.

While deaths due to unnatural causes may have been lower or in line with the "normal" rates of dying from these circumstances over the past year, the latest SAMRC data show how Covid-19 exploded the rate of natural deaths.

Government's official death toll from Covid-19 is 47,100, but the SAMRC data - which include both officially recorded deaths as well as estimates of unregistered deaths - show "excess deaths", the number of deaths above the expected death rate in a “normal” year of almost 138,000.

Researchers estimate that 70% to 80% of excess deaths may be related to Covid-19 – which means that the true Covid-19 death toll in South Africa could be closer to 100,000.