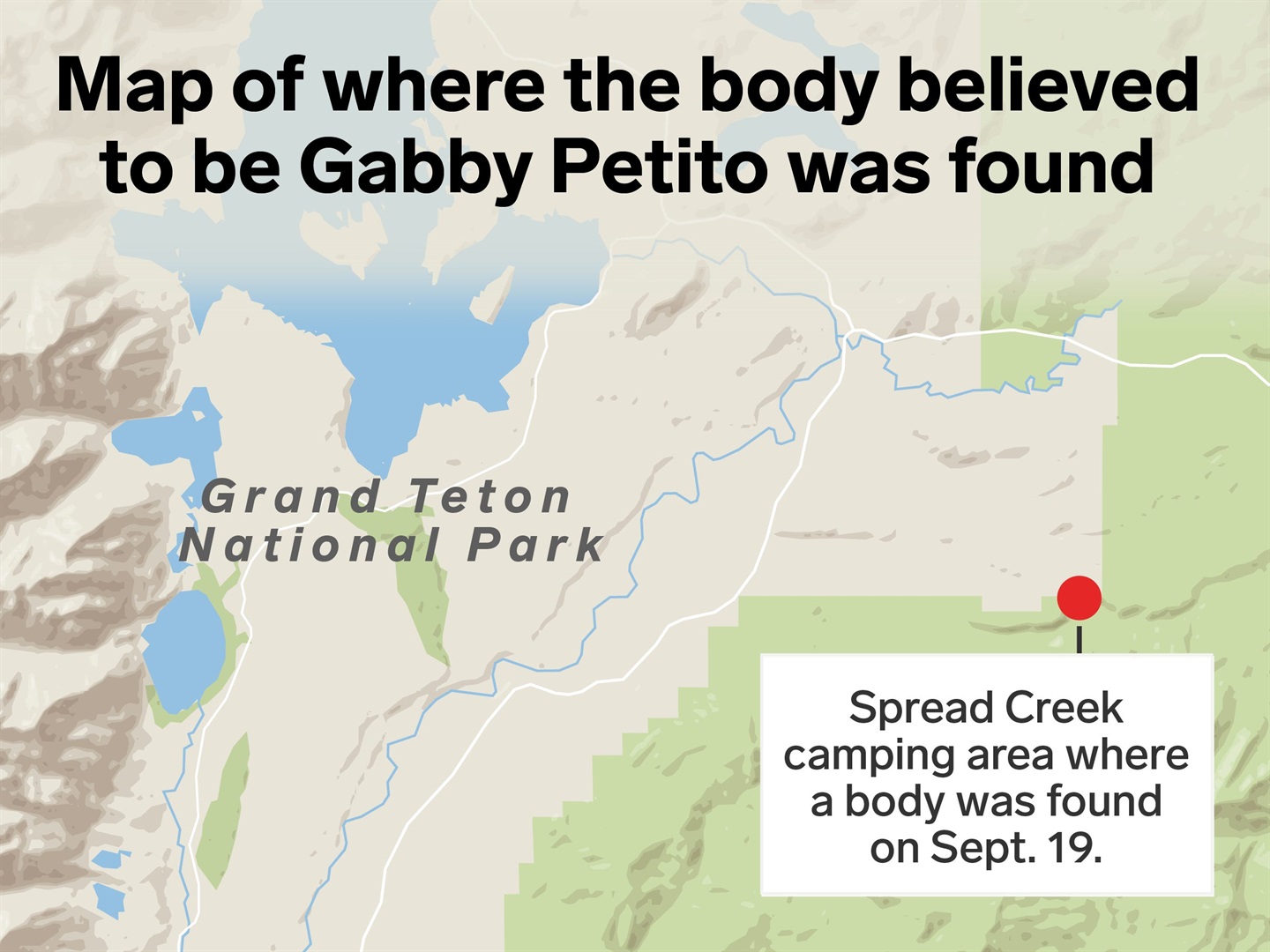 A map pointing out where the body believed to be Gabby Petito was found, in Spread Creek Dispersed Camping Area in Wyoming
Google Maps/Insider

Authorities found a body in a Wyoming camping ground that matches the description of missing Gabby Petito, the FBI said Sunday.

The location of the find - in Spread Creek Dispersed Camping Area, in the Bridger-Teton National Forest - can be seen on the map above. An autopsy is due Tuesday, CNN reported.

A massive missing-person search was launched on September 11, when Petito was reported missing following a road trip with her boyfriend Brian Laundrie.

Laundrie returned to their Florida home on September 1 without Petito. From the combined postings of their social media accounts, it appears the couple had traveled through reserves in Kansas, Colorado, Utah and Wyoming.

This map summarizes the various spots from which they appear to have posted, or were heard from: Pending forensic confirmation of the identity of the body found Sunday, Petito's last known location was believed to be somewhere in the vast Grand Teton National Park.

This is on the western boundary of the Bridger-Teton National Forest, where the body was found.

The area around the Spread Creek campsite has been closed until further notice, according to Denver's FBI officers:

The Spread Creek Dispersed Camping Area is located in the Bridger-Teton National Forest on the east boundary of Grand Teton National Park.
This area is closed to the public and will remain closed until the surveys are complete.

Petito's family said via their lawyer that news of the find is "heartbreaking," and have asked not to be disturbed by media while they process this development.

Early Sunday, Jenn and Kyle Bethune, a pair of travel vloggers, released GoPro footage from their travels that they believe shows Petito's converted 2012 Ford Transit van as of August 27, in the Spread Creek camping area.

The search for Laundrie, who was declared missing on Saturday, continues in Florida's Carlton Reserve, Sarasota.