Celebrity chef and "MasterChef" judge Gordon Ramsay, a certified pro, has officially declared supermodel Gigi Hadid "one of the most sophisticated foodies on the planet."

Ramsay first met Hadid on the set of his cooking competition series in 2016 when she competed against fellow model Devon Windsor. Hadid won the showdown with her beef burger.

"I always say, eat clean to stay fit, have a burger to stay sane," she said on the show, according to Hello magazine. 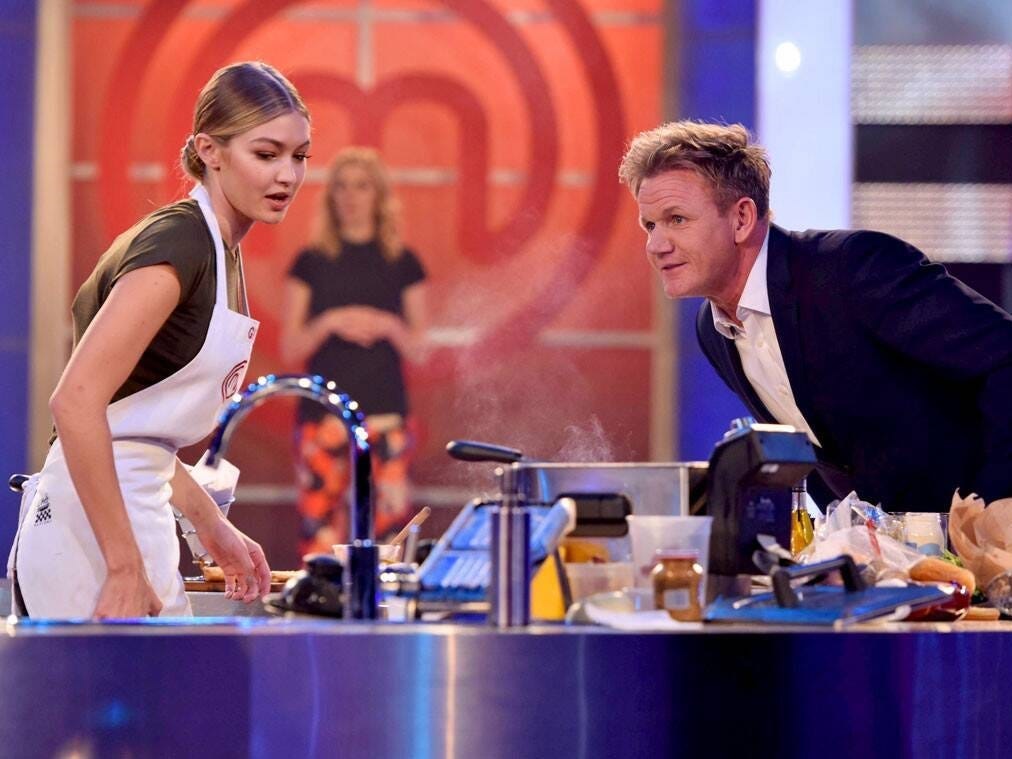 Gigi Hadid and Gordon Ramsay on "MasterChef" in 2016.
"Celebrity MasterChef"/FOX

"I remember when she first came on 'MasterChef' and we had an amazing couple of days cooking together," Ramsay told Insider. "She has one of the most articulated palates on the planet."

He said that Hadid's time spent traveling and learning about other cultures has made her a "prolific chef."

"She uses that travel to her strength in a way that she educates her palate," he said. "The countries she visits - she gets incredibly involved with their cultures."

The model shares plenty of her own recipes on Instagram, and one that went viral earlier this year was her spicy vodka sauce.

"She did this pasta and she sent me the picture and said, 'Hey, Chef, what do you think?' And I was blown away by what she did," Ramsay said.

Inspired by what Hadid made, the chef decided to make his own version as part of a charity-driven live event Saturday at noon EST.

"Going live is something I get so excited about," Ramsay told Insider. "It's been a tough year for everybody so let's go have some fun."

For one course, Ramsay is channeling his inner supermodel by elevating Hadid's spicy vodka sauce recipe "This is a sort of elevated version of [Hadid's dish]," he said. "It's a sort of spicy tagliatelle - almost a Bloody Mary take. We're going to slow-cook the shrimp in garlic butter, almost like a confit, and then blend that wonderful spiced tomato-based sauce into that pasta. I've seen shrimp tagliatelle all over TikTok."

The renowned judge has made a name for himself in the world of viral food this year. He's roasted home cooks on TikTok for their creations and critiqued others who tried to re-create some of his most well-known recipes like scrambled eggs.

Ramsay is well-versed in dishes that went viral this year, including cereal and banana bread.

"The cereal has become a huge craze," he said. So he's creating a banana bread pancake cereal and warm milk infused with spices and Madagascar vanilla. 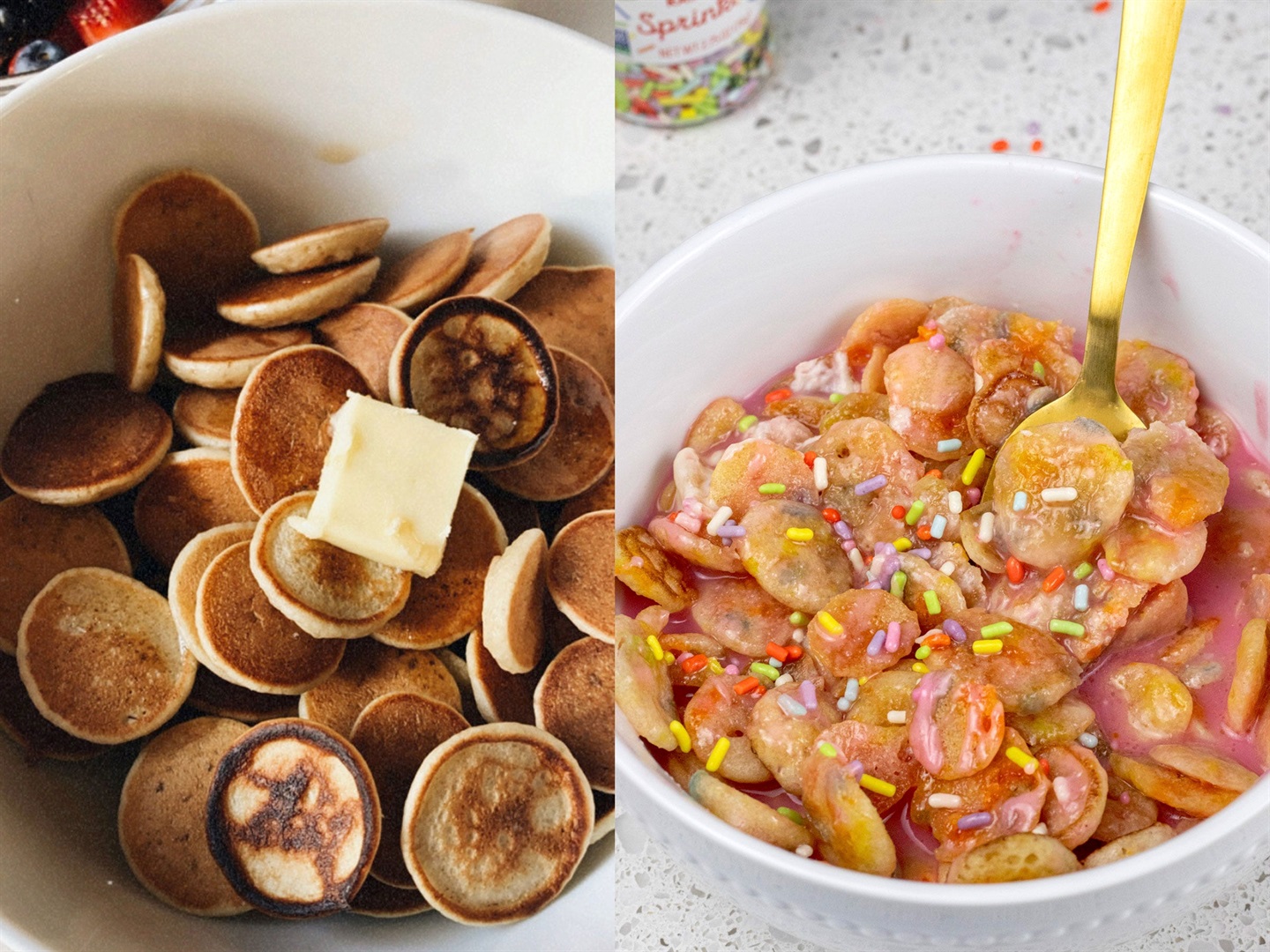 Ramsay said a caramelized banana will help to turn this into "one of the most glamorous breakfasts you'll ever have."

"Let's give those TikTok foodies something to salivate over," he said.

Tickets for the live cook-along will cost $7 and all proceeds will be donated to London-based Great Ormond Street Hospital. A representative for Facebook confirmed to Insider that the social media company will match Ramsay's gift with an equal donation to World Food Program USA.

Related Links
People are roasting how Gordon Ramsay makes gravy, but another Michelin-star chef said it's the...
Gordon Ramsay's new restaurant has a R1,600 burger on the menu — and it doesn't come with chips
Gordon Ramsay defended his new Asian restaurant after a scathing review ignited a debate
Next on Business Insider
Video shows Ukraine firing powerful US HIMARS artillery hailed as a game-changer in fighting Russia