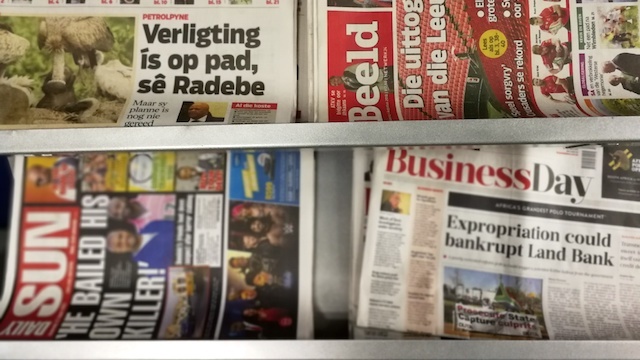 Google seems to believe that people are getting too much bad news from the media and that it may not be good for them.

On Tuesday, the search company said in a blog post that because people may be suffering from "negative news fatigue," it has now programmed Google Assistant to provide some sunshine into their lives.

American users of the digital assistant can now say, "Hey Google, tell me something good," and the system will provide a summary of what the company considers "good news."

This "good news" will come from a wide range of sources and be collected by the Solutions Journalism Network, a nonpartisan, nonprofit group that Google said is "dedicated to spreading the practice of solutions journalism, which highlights how problems are solvable."

Google suggested that the positive news delivered won't be trivial or Pollyannish.

"This is good news like how Georgia State University coupled empathy with data to double its graduation rate and eliminate achievement gaps between white and black students," Google said in the blog post, and "how backyard beekeepers in East Detroit are bringing back the dwindling bee population while boosting the local economy."

One of the chief complaints from people that every journalist hears is how they wish news people would provide more positive information. For many, the news is often too bleak. But Google's new feature is hardly the first time that someone has tried something like this.

And when it came to what people actually read or watched, those efforts often met with mixed results. According to a report in the BBC in 2014, researchers found evidence that humans have a natural attraction to negative news.

"It isn't just schadenfreude, the theory goes," the BBC wrote. It may be that "we've evolved to react quickly to potential threats. Bad news could be a signal that we need to change what we're doing to avoid danger."

Google said the feature, which it calls "Tell me something good," is experimental.

For the time being, it is only available in the US, with no indication when or if it will be rolled out to markets such as South Africa.

Related Links
'Not the enemy': More than 350 newsrooms in the US have banded together to push back against...
Turkey is blaming social media and 'fabricated news' for the collapse of its currency
A former Google strategist says tech is warping our attention spans — and it's terrible for humanity
Next on Business Insider
South Korea pardoned Samsung's chief for bribery - country needs him to fight 'national economic crisis'