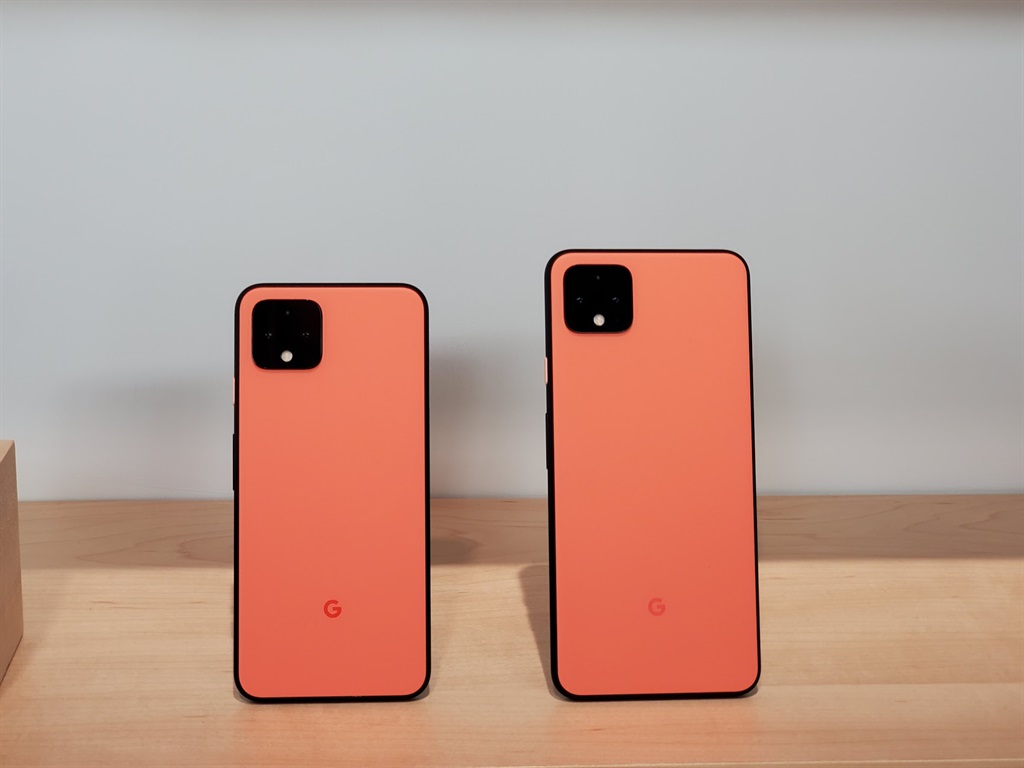 Google finally introduced its much-anticipated Pixel 4 smartphone on Tuesday, which offers a dual-lens camera and a new radar-powered motion-detection system.

The phone, which begins shipping on October 24, is in direct competition with Apple's new iPhones.

With the Pixel 4, Google is making a statement about what it envisions as being critical to the future of the smartphone. The Pixel's 4 new motion sensors and deep integration with the Google Assistant suggest the company's approach is all about building more intelligence into its products.

The Pixel 4 - along with all of the other gadgets Google announced on Tuesday - is the latest result of the company's "Made by Google" initiative, which the firm launched in 2016 as its first major push into hardware.

Google trails behind rivals like Samsung and Apple in the smartphone industry. Its sliver of the market is so minimal that research firms like The International Data Corporation and Canalys don't even break out its shipments in their quarterly reports. But Google's hardware products do serve another important purpose: keeping consumers hooked into its ecosystem of increasingly important services and products like the Google Assistant.

If you're deciding between the Pixel 4 and Apple's latest iPhones, here's a look at how their specifications compare. We'll have a more comprehensive guide on how the Pixel 4 stacks up against Apple's latest smartphones once we've had more time to use it. Both Apple and Google highlighted the camera performance on their new smartphones when unveiling them, and for good reason. Both phones offer high-quality cameras that are better at taking photos in various circumstances - especially the dark - than their predecessors.

Here's a quick look at how the camera specifications compare between the two devices.

The Google Pixel 4 has two cameras: one telephoto lens and one standard lens. One lens has a 16 megapixel sensor, while the other has a 12.2-megapixel sensor.

Apple's iPhone 11 also has two cameras, each of which has a 12-megapixel sensor. But the second camera on the iPhone 11 is an ultra-wide-angle camera that offers a significantly wider field of view of 120 degrees.

The iPhone 11 Pro has a triple camera system that includes a standard, ultra-wide, and telephoto lens.

Google, however, spent more time discussing the Pixel 4's software-based photography features rather than its hardware. The company showcased new computational photography features that will be available on the Pixel 4, such as a feature that shows HDR+ updates in real time rather than after taking the photo, controls for adjusting exposure in separate parts of the photo, and improved Night Sight performance than can capture images of a starry night sky. Both of Google's phones, however, feature an OLED screen, while Apple's less expensive iPhone 11 comes with an LCD display. OLED screens are capable of displaying deeper, truer blacks and better contrast than LCD panels.

Google has made improvements elsewhere too: the new Pixel phones have a higher refresh rate of 90Hz, which should make scrolling and navigating the phone's user interface feel smoother and snappier. Both Apple and Google allow you to unlock your phone just by looking at it, but with the Pixel 4, the search giant is claiming that it offers the fastest face unlock ever on a smartphone.

That's because it leverages Google's Soli technology, which the company says can start the process of unlocking your phone as you reach for it since it uses radar to sense its surroundings.

But Google's Motion Sense tech will be capable of doing more than just helping you unlock your phone faster. During the event, Google showcased how it will let you do things like lowering the volume of your alarm as you reach for your phone and skip a song just by waving your hand.

Apple also said it made improvements to Face ID with its newest iPhones that enable it to work up to 30% faster and perform better at various angles and distances. But it doesn't support touchless gestures like the new Pixel does.

Neither phones include a fingerprint sensor. Apple and Google have also taken noticeably different approaches to design when it comes to their respective smartphones.

You'll notice the iPhone 11, 11 Pro, and 11 Pro Max have the familiar notch cutout near the top of the screen for housing the phone's facial-recognition sensors and front-facing camera. The Pixel 4, comparatively, has what resembles a more traditional phone bezel near the top of its screen, which is where its selfie camera and Motion Sense sensors are located. That marks a departure from the Pixel 3's design, which had a camera cutout that was deeper than it was wide in the top center of the display.

Apple offers more variety when it comes to colour options as well. The iPhone 11 is available in purple, yellow, black, green, white, and red, while the Pro models come in midnight green, space gray, silver, and gold.

Google's Pixel 4 is available in black, white, and orange. It's impossible to get a sense of which phone offers a better value without having spent more time using Google's new Pixel.