On the 50th anniversary of the moon landing, the Google Doodle honours the Apollo 11 mission with an animated video of the journey 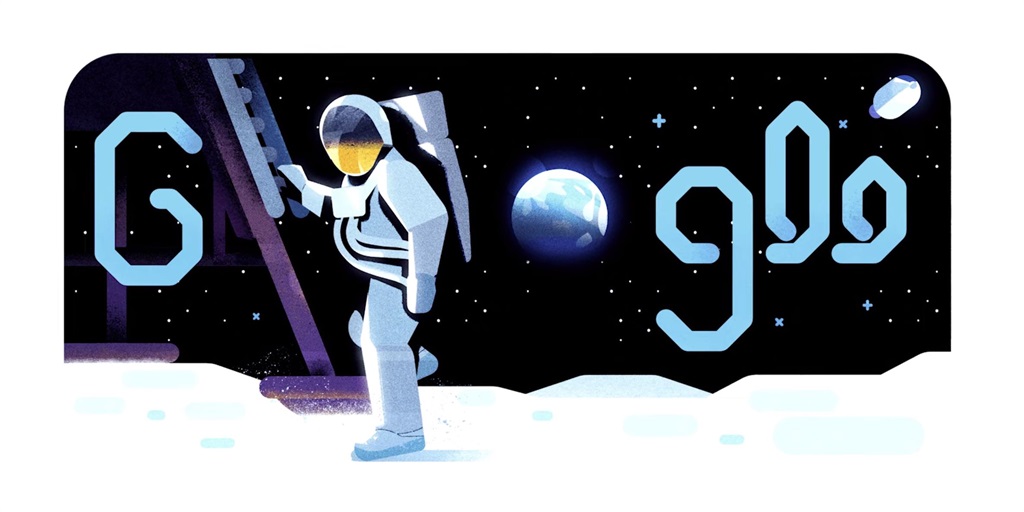 The Google Doodle on July 20, 2019 includes an animated video detailing the journey from Earth to moon and back on the 50th anniversary of the Apollo 11 mission.
Screenshot Google/googledoodles

The July 20, 2019 Google Doodle replaces the two letter 'O's with an astronaut's spherical helmet and the Earth, in a celebratory image depicting the 50th anniversary of the moon landing.

Once clicked upon, a pop-up video appears with an animation exploring the mission from Earth to the moon and back, with a voiceover from the Apollo 11 command module pilot Michael Collins.

"50 years ago I went on an adventure, which took Neil Armstrong and Buzz Aldrin to the surface of the moon for the first time in history," Collins says in the video.

The video, which is just over four minutes and 30 seconds, features the iconic imagery of the moon landing and took a team of 17 to create, along with 13 NASA employees. In the behind-the-scenes video of the Google Doodle's creation, artists and historians walk through the process of designing and scripting the animation.

Read more: Buzz Aldrin walked on the moon 50 years ago today. Here's what the astronaut remembers most about NASA's Apollo 11 mission.

In 1969, a team of 400,000 people contributed to the Apollo 11 mission that put the first man on the moon, in what Armstrong famously called a "giant leap for mankind." Aldrin followed Armstrong onto the moon's surface, while Collins stayed in orbit.

The Apollo 11 mission was a turning point in the "Space Race" between the US and the USSR, since Russian cosmonauts had previously beat the Americans at every turn in advancing space missions. Newly unearthed documents show that the moon landing could have turned deadly on the astronauts' arrival to Earth.

As NASA continues to plan new missions, including putting a woman on the moon for the first time by 2024, the Google Doodle demonstrates how powerful the memory of mankind's first journey to the moon remains today.

Related Links
Watch: India halts historic moon mission at final hour
Watch: Meet SpaceBok, a hopping robot that plays ping pong
Scientists have discovered a mysterious lump on the moon's far side, and it's massive
Next on Business Insider
Joburg’s pothole app got 28,000 reports, and the partnership behind it is fixing 100,000 a year