Forty-one-year-old Charlotte Raubenheimer completed the Iron Man in her backyard in Summerstrand, Port Elizabeth, during the national lockdown to buy a community member with cerebral palsy a new specialised wheelchair.

“Running was by far the toughest. Somewhere between 25 and 35 kms running around my house it was becoming literally and figuratively dark,” Raubenheimer told Business Insider South Africa.

“It was no longer fun - I really felt like giving up. But I really believe that it was in that moment that God gave me the strength to keep going on."  She ran around her house 1 580 times to run the required distance. 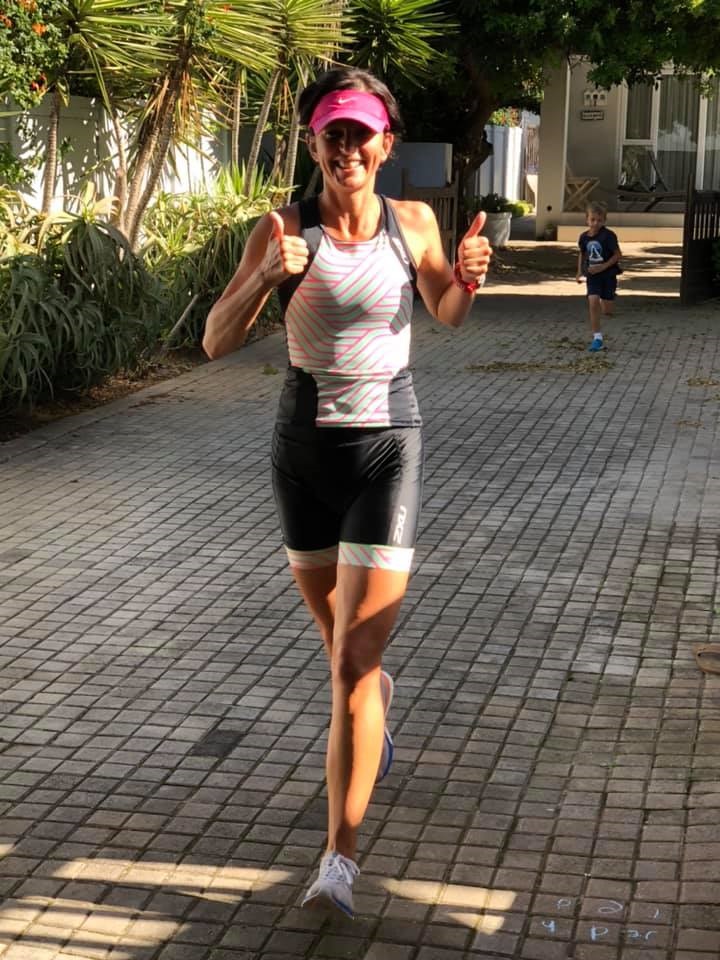 Raubenheimer said when the Ironman African Championship was cancelled, she was extremely disappointed and decided to attempt the triathlon in her backyard.

She had already raised R70,000 in sponsorships of her Ironman race (via backabuddy.com) to buy a specialised wheelchair for Phillip Jansen van Rensburg, a community member with cerebral palsy, before undertaking the race.

“I also felt that I owed it to the hundreds of people who donated to buy the new wheelchair to complete or at least attempt the Iron Man.” Raubenheimer said she first aimed to complete an Iron Man over the course of the 21-day-lockdown, but after she ran 2km in her backyard on the Saturday, she woke up the Sunday aiming to complete the full distances.

“I have so many WhatsApp groups, one for swimming and others for general training, and they were sharing how you could stay fit during the lockdown by for example tying yourself to a rope while swimming.”

“And, the more people were sharing what they will be doing, the more I realised that I’d be able to complete the Iron Man in my back yard.” Raubenheimer before taking to the pool to complete her 3.8 km swim (supplied)

Her Ironman sponsorship has increased from R70,000 to close to R100,000. Raubenheimer plans to start a special foundation with the extra money raised to help Jansen van Rensburg with future needs. Charlotte Raubenheimer just after she completed the triathlon (supplied) She said she decided to raise funds for him after encountering him on her family’s regular walks to the beach.

“Phillip, who stays in a special care facility around the corner, has become such an important part of our lives.”

“He would regularly go to the beach to go watch the people swimming, and when we started seeing less of him we asked him what happened and he said his wheelchair’s battery was giving problems.”

Raubenheimer said her first thought was to replace the battery, but after seeing how his wheelchair has been worn from rust she decided to try to buy him a new one.

Through completing the triathlon in her backyard, Raubenheimer said she hopes she inspired others to keep on moving forward during this uncertain time.

“When I felt like giving up, when I was at my lowest, it was at that moment where I realised I have to keep going. It taught me that when life is at the darkest, it’s then when it’s important not to give up.”