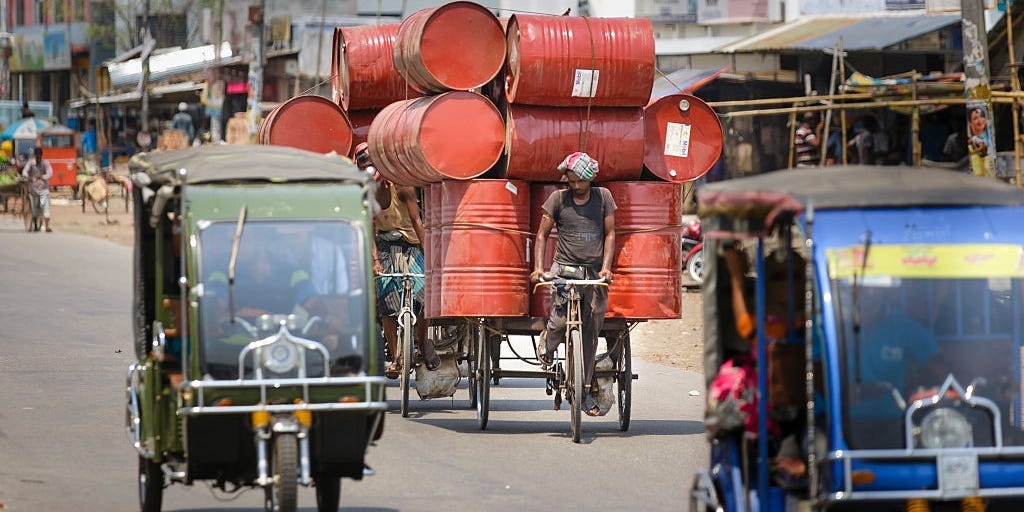 Goldman Sachs expects the oil market to gain momentum in 2021 as the coronavirus-induced slump in demand is mitigated by the "rising likelihood of widely available vaccines" next spring.

Analysts at the bank forecast international benchmark Brent will rally to $65 per barrel from $45 per barrel by the third quarter of 2021 and settle at $58 by end-2021. West Texas Intermediate crude is now forecast to hit $55.88 from $51.38 next year.

"Key to the resilience of spot prices, despite stalling inventory draws this summer, has been the steady rally in long-dated prices," Goldman Sachs said in a note dated August 30.

Going long on deferred Brent prices would result in an improved risk-reward for investors looking towards an "effective portfolio hedge" against uncertainty, analysts said in the note.

"There is a growing likelihood that vaccines will become widely available starting next spring, helping support global growth and oil demand, especially jet," the note said. Analysts said they expect oil demand to rise by 3.7 million barrels per day from January to August next year.

Expecting a shallower recovery in global oil production outside of OPEC and its partners and North America through the end of 2020, the bank believes crude supply will be tighter in 2021, as the so-called OPEC+ group sticks to its production quota in the second half of this year.

A rebound in US shale activity remains limited for next year, analysts said.

Brent prices for September delivery fell sharply after a gloomy economic outlook from a number of Federal Reserve officials, as new outbreaks threatened another wave of Covid-19 cases.

Compliance with the cuts stood around 95% to 97% in July, according to Reuters.