Chocolate could be extinct by 2050, but some companies think genetic engineering could save their supply Chocolate companies are worried their cocoa supply might run out.
A Fresh Look

The world's chocolate supply is dwindling. As our global sweet tooth begins to outpace cocoa production, major chocolate companies like Mars Inc. and Barry Callebaut expect to see an industry deficit of 2 billion kg of chocolate by 2030. And by 2050, the cacao seeds used to make chocolate could be extinct.

As farmers struggle to keep up with demand, Bloomberg reports that the price of chocolate has continued to rise.

Companies that want to keep costs low have had to sacrifice the flavour of their products. In 2014, Bloomberg's Mark Schatzker predicted that chocolate could follow the path of food items like chicken and strawberries, which have lost some of their flavour in the quest to satisfy demand. According to Schatzker, chocolate could soon become "as tasteless as today's store-bought tomatoes."

To prevent that from happening, the nonprofit coalition of farmers called A Fresh Look released a line of chocolate bars that promote the use of genetically modified organisms (GMOs). 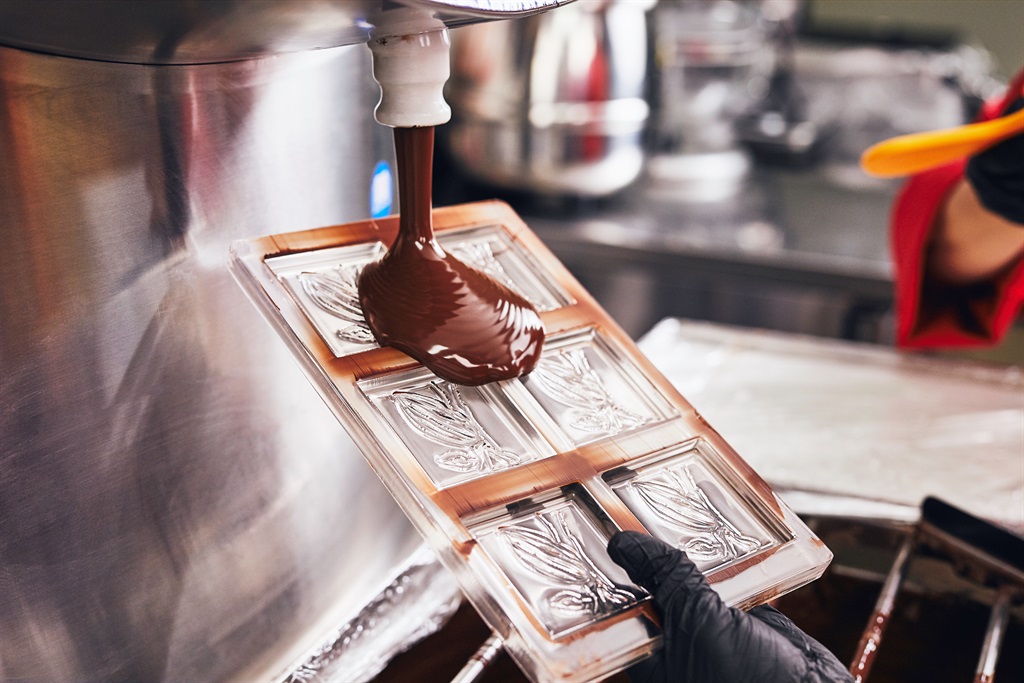 While the bars, known as Ethos Chocolate, don't contain genetically modified cacao - an ingredient that's still being developed and tested - they do contain sugar that's derived from GMO beets.

According to A Fresh Look's lead scientist, Rebecca Larson, it's the first time a farmer's group has come together to espouse GMO technology, which has been criticized by environmentalists.

Genetic engineering could protect chocolate from climate change and disease

Around 70% of the world's cocoa beans hail from West Africa, with Ghana and Ivory Coast serving as the two largest producers. As global temperatures continue to rise, these nations have seen increasingly dry weather, which can prevent cacao trees from growing.

The International Cocoa Organisation (ICCO) reported that diseases and pests have resulted in the loss of 30% to 40% of global cocoa production. The report also noted that cocoa species are susceptible to a disease called frosty pod, which has led to entire cocoa farms being abandoned in Latin America.

In West Africa, swollen shoot virus and black pod have also overtaken cacao trees, resulting in huge financial losses. These diseases are made worse by weather conditions such as floods, droughts, and windstorms.

In addition to placing a strain on chocolate manufacturing companies, the loss of cacao trees can impair the livelihoods of tens of millions of people who depend on them economically.

But genetic modification has the potential to lessen these effects by making crops drought tolerant or insect resistant. Studies have shown that GMO crops can improve crop yield, boost farmers' profits, and even reduce the use of pesticides.

GMOs aren't as scary as they're made out to be

While GMOs could be instrumental in saving the world's chocolate supply, they've often been painted as a risk to human health.

Environmental groups contend that GMO crops are more resistant to herbicides, which may or may not be carcinogenic.

The 1,600 farmers that make up A Fresh Look have resisted this argument, saying that GMOs are not only safe to consume, but also require less water and improve our nutrition.

A chocolatier in the Ivory Coast explains how cocoa is processed into chocolate.
Sia Kambou/AFP/Getty Images

"There's this idea [among consumers] that everything is as mother nature intended, or it was manufactured in a laboratory," Larson told Business Insider. "[We're] helping people understand that GMOs aren't a scary ingredient in their food, but rather a farming technique."

These findings are supported by numerous scientific organizations. In the last two decades, institutions like the National Academy of Sciences, the American Association for the Advancement of Science, and the European Commission have all publicly stated that GMOs don't present harm to human health.

Consumers might be changing their minds about GMO products

While plenty of chocolate contains ingredients derived from GMOs like corn syrup and soy lecithin, researchers have been slow to develop a genetically modified version of cacao.

Many chocolate companies still cater to consumer preferences for non-GMO items. Ghirardelli, for instance, has publicly stated its mission to make all recipes GMO-free.

One notable exception is Mars, the company behind M&M's and Snickers, which has teamed up with the University of California Berkeley to develop cacao plants that don't wilt or rot. To achieve this, the research team turned to CRISPR, a gene-editing technology that makes small changes to an organism's DNA.

But it could be some time before GMO cacao makes its way onto shelves.

"It all depends on legislative acceptance in different countries where the cacao is being produced," said Larson.

Some of the nations where people buy the most chocolate, such as Germany, Switzerland, and Austria, have restricted their cultivation of GMO crops.

When it comes to consumers, Larson said her team's pro-GMO stance is already starting to catch on: "We've gotten overwhelming feedback from all kinds of industry groups and consumers saying, 'Hey, it's about time.'"