Prince Harry and Meghan Markle are preparing to leave the royal family and split time their between the UK and Canada, but one of Canada's largest newspapers had a strong opinion on the matter: the Duke and Duchess of Sussex are not welcome.

"You are welcome to visit, but so long as you are senior royals, Canada cannot allow you to come to stay," The Globe and Mail declared in an editorial.

The scathing opinion piece argued that their residency would break "an unspoken constitutional taboo."

Canada was an amalgamation of several former British colonies until it became an independent country after years of pushing for sovereignty from the UK. For this reason, the newspaper's editorial page editor Tony Keller argued that housing royals from the country's former coloniser would be infringing on Canada's current system.

"In Britain, the monarch reigns but does not rule. In Canada, the monarch neither rules nor resides. She's a virtual monarch," Keller told Insider. "The 'Crown' is just an idea, but for the Canadian system of government, it's a very real and even necessary idea."

Queen Elizabeth II has a representative in Canada known as the governor general who performs largely ceremonial duties. 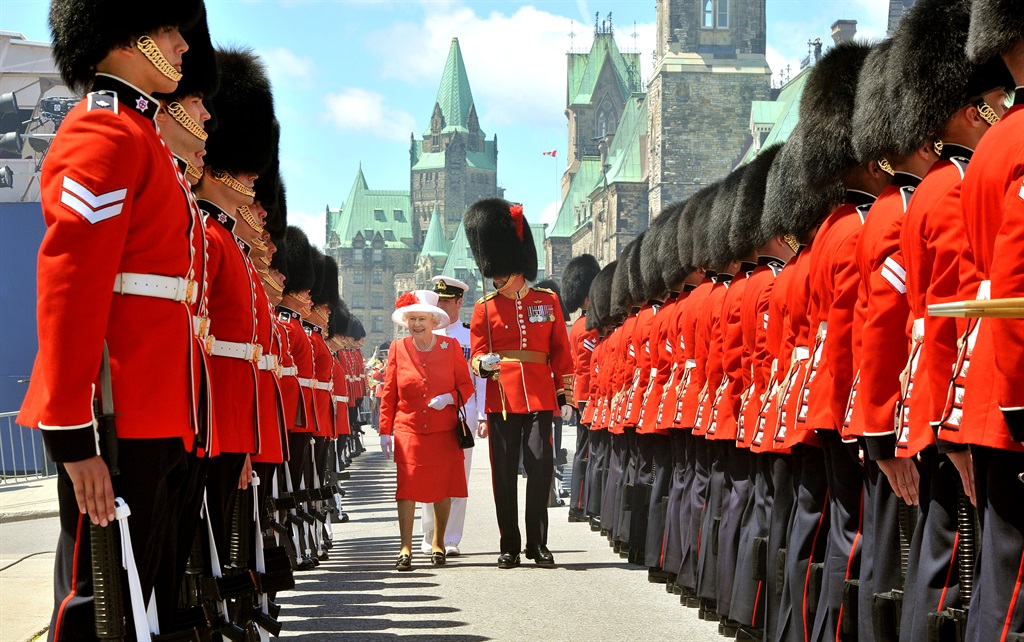 Queen Elizabeth II inspects a Guard of Honour outside the Canadian Parliament, after arriving to attend the Canada Day celebrations on July 1, 2010 in Ottawa, Canada.
John Stillwell - Pool/Getty Images

The Globe and Mail editorial added: "If they were ordinary private citizens, plain old Harry and Meghan from Sussex, they would be welcome. But this country's unique monarchy, and its delicate yet essential place in our constitutional system, means that a royal resident - the Prince is sixth in the line of succession - is not something that Canada can allow."

While the newspaper argued that the presence of the Duke and Duchess of Sussex in Canada would be an affront to the country's government, officials and citizens are primarily concerned with the costs associated with hosting the royals.

The Canadian government may have legal obligations to provide personal security for the couple, which could cost taxpayers millions of dollars a year, security experts told Reuters.

And a sampling of The Globe and Mail's "From the Comments" section where they highlight the thoughts and contributions of their readers showed Canadian citizens are not in favor of footing the bill.

"If the Windsors want to live in Canada, paying their own way, and paying taxes like the rest of us, I am fine with that," readers John and Melanie wrote to The Globe and Mail. "If they propose to freeload on the Canadian taxpayer, then no thanks. I see no need to subsidise the royal soap opera."

Canadian Prime Minister Justin Trudeau suggested the Canadian government would play "some role" in the royals' move, but it remains unclear whether or not that will include their security detail. A former royal bodyguard told Insider that keeping Prince Harry and Meghan could prove to be difficult.

But if Prince Harry and Meghan were to abdicate their titles and apply for residency or citizenship as "regular folks," Keller said there would be "no problem whatsoever."

"They're welcome to apply and get in line," Keller told Insider. He also pointed out that if the couple were to become Canadian citizens, they would be required to make an oath of allegiance to the "Queen of Canada," also known as Harry's grandmother.

While the editorial was sympathetic to the couple's woes, Keller made it clear that while they are welcome to visit, they are not welcome to stay.

"The Sussexes are working out their own personal issues, and Canadians wish them the best of luck. Canada welcomes people of all faiths, nationalities and races, but if you're a senior member of our Royal Family, this country cannot become your home," the opinion piece read.