Watch: Glaring at seagulls makes them less likely to steal your food

Staring down a sea gull makes them less likely to steal your food, new research published in the Royal Society journal shows.

Bird scientists from the University of Exeter put a bag of chips on the ground and tested how long it took herring gulls to approach when a human was watching them, compared to when the human looked away.

The researchers attempted to test 74 gulls, but most flew away or would not approach – only 27 approached the food, and 19 completed both the “looking at” and “looking away” tests. The findings focus on these 19 gulls.

“Gulls are often seen as aggressive and willing to take food from humans, so it was interesting to find that most wouldn’t even come near during our tests,” said lead author Madeleine Goumas, of the Centre for Ecology and Conservation at Exeter’s Penryn Campus in Cornwall.

On average, gulls took 21 seconds longer to approach the food with a human staring at them. 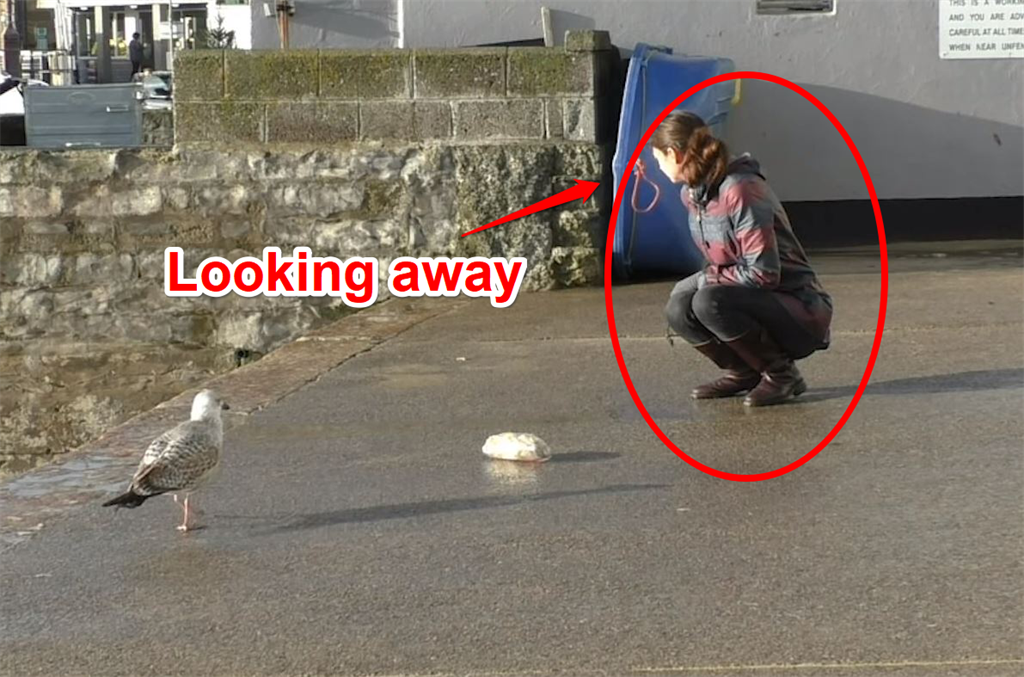 “Some wouldn’t even touch the food at all, although others didn’t seem to notice that a human was staring at them.” According to the researchers the sea gulls are fast learners, with more and more numbers preying on unsuspecting British vacationers hosting beach barbecues in the warm summer.

The UK’s herring gulls are in decline, though numbers in urban areas are rising. Gulls in these areas are often considered a nuisance because of behaviours like food-snatching.

The researchers say their study shows that any attempt to manage this issue by treating all gulls as being alike could be futile, as most gulls are wary of approaching people.

Instead, people might be able to reduce food-snatching by the few bold individuals by modifying their own behaviour – like staring them down till they succumb to pressure.

The natural diet of herring gulls is fish and invertebrates, and the researchers will next investigate how eating human foods affects the gulls, and their chicks, in the long term. The paper, published in the journal Biology Letters, is entitled: “Herring gulls respond to human gaze direction.”