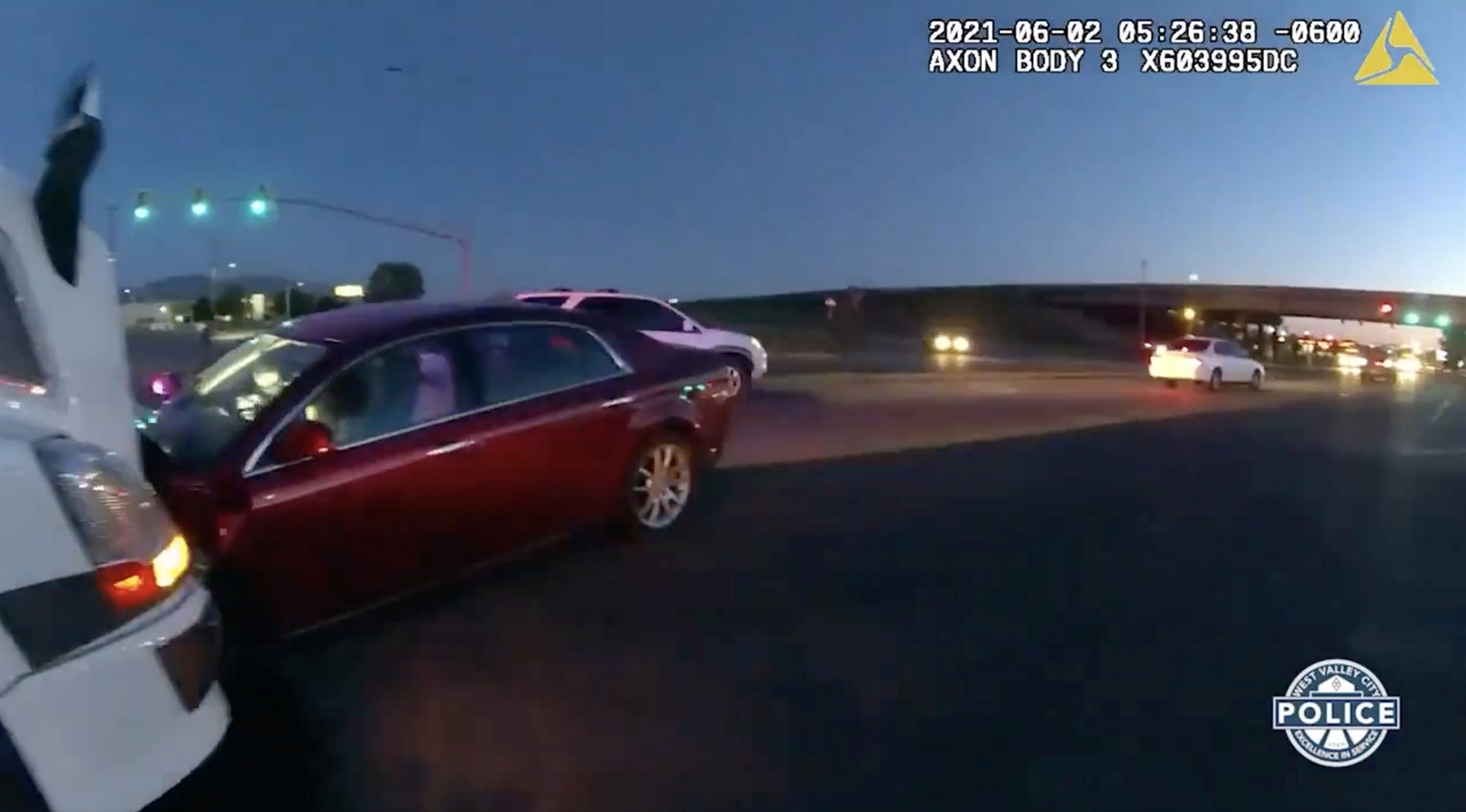 Scene of the accident.
@WVCPD/Twitter

Two young American girls stole their parents' car so that they could drive from Utah to California, a distance of over 1,000 kilometres, to go to the beach and "swim with dolphins," authorities said.

The two sisters, aged nine and four, took the keys to their parents' Chevrolet Malibu early on Wednesday morning and drove 16km from West Jordan to West Valley City, including on Utah's busy Route 201 expressway, before they collided with another vehicle and smashed into a lorry.

Both the girls were wearing seat belts at the time of the crash, and airbags were deployed, ABC4 Utah reported. No one was harmed. Lt. Bill Merritt, of the West Valley City Police Department, told local TV station 2KUTV that the truck driver initially called authorities when he witnessed the girls' car collide with another vehicle. He had thought the driver was impaired.

And when he followed the car, which subsequently collided with his truck, he was surprised to discover a 9-year-old girl behind the wheel. West Valley City Police Department posted footage from the accident on Twitter.

Officers got quite a surprise when they responded to an accident this morning & discovered the driver was a 9yo girl. The young girl & her 4yo sister apparently snagged the keys to the family car while their parents were sleeping & set out on their own summer adventure. #wvc pic.twitter.com/evHq3DiBRC

"They talked about going to California to swim with dolphins and go to the beach and they woke up at 3 in the morning," Detective Scott List of West Jordan police said. "The parents were horrified and very shocked to find their kids were gone."

He continued: "It doesn't look like this is a neglect issue, it looks like this is something that could have happened to anybody. We've got some curious kids who were excited about swimming with dolphins in California and figured out how to drive the car"

The authorities said the parents had previously raised the idea of a trip to California, which might have inspired the girls.

Danielle LeBlanc, a school bus driver in Salt Lake County, whose daily route takes her through where the accident occurred, told ABC4 that she was shocked to find the two young girls.

"First thing I did was look for the parents," LeBlanc said. "Then I saw the car and the whole front end was gone and I was like, 'Oh no!' And then I looked over again and I saw two little girls in the front seat."

She continued: "I was pretty shocked. I'm like, 'Oh my gosh - if my kids did that, holy cow, that's insane.' I don't know what I would do or the emotions I would go through."

It is unclear whether the two girls were driving at highway speeds, but later in a tweet, West Valley City PD wrote that even "Even the semi [truck] had to be towed!'"

The girls drove about 10 miles from their home in West Jordan -- via a highway and a freeway -- before exiting off, hopping a median and slamming head-on into a semi truck. The car suffered serious damage. Even the semi had to be towed!