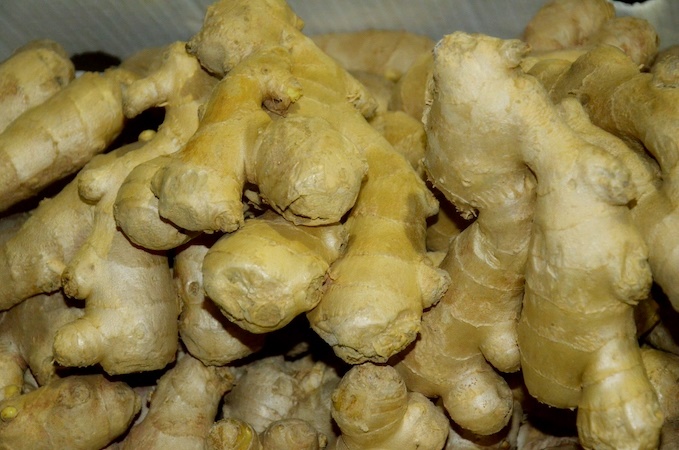 South Africa is in the midst of a ginger shortage, with prices for the popular root more than doubling over the last six months.

Wholesale ginger in a 10 kilogram box now costs an average of R200 per kilogram, according to Joburg Market - and that’s before supermarkets have added their own markups to the product.

In stores, prices are much higher, with price-savvy shoppers noting on social media that prices have rocketed to as much as R360 per kilogram at one Food Lover’s Market, and R342.99 at Spar.

Last week Food Lover’s Market sent out a release warning that prices of ginger were expected to increase even further. According to the company, this escalation “is due to an increase in demand and a shortage of supply”.

Food Lovers attributes some of the increased demand for ginger - believed by some to have healing properties - to South Africa’s second Covid-19 wave.

“Ginger – which is a seasonal and labour-intensive crop – sees occasional supply constraints. With the advent of another second Covid-19 wave, we’ve seen the popularity of ginger increase as consumers seek to bolster their immune system by including ginger in juices, soups and extracts. These factors have in turn increased the price of the imported ginger at the fresh produce markets, which then has a direct effect on retail prices,” the statement said.

As part of the agreement, the store agreed to “reduce the gross profit margin on raw ginger to an agreed maximum percentage for the duration of the state of national disaster”, and to pay the additional roughly R19,000 additional profit earned through the increase to a local charity.

At the time, the Commission found that there was no cost increase in ginger to justify the higher margin.

South Africa's largest supermarket group, Shoprite, has managed to maintain one of the lowest prices of ginger at present.

According to a media spokesperson at the group, they "will continue to work hard to secure additional stock at affordable prices in order to meet any increased demand. Pricing at any given time could also differ per province or area and be impacted by product availability and demand in a specific area, and in addition, any promotional campaigns that may be in place at that point. At present, South African ginger stock would be at its lowest as the 2020 season has come to an end. The new local season is set to start in February".

According to Wandile Sihlobo, Chief Economist of the Agricultural Business Chamber of South Africa, South Africa is still a net importer of ginger, and it’s still considered a niche crop in the country. As a result, prices here are affected by both domestic and global events.

“The recent surge in prices of both garlic and ginger is underpinned, in part, by a combination of factors. These include a strong domestic demand, slightly reduced domestic supply, and the weaker domestic currency in the case of imported product, amongst other factors,” Sihlobo told Business Insider South Africa.

South Africa is not alone in its increased demand, lack of supply, and escalating prices for ginger - and this global trend is likely impacting further on local prices.

According to trade media platform FreshPlaza, several factors have impacted on the global supply of ginger.

China, the world’s biggest producer of ginger, saw demand increase due to the pandemic - and together with heavy rainfall that destroyed old harvests, this led to market scarcity just as demand continued to increase.

In October last year, prices for ginger remained high around the world - France, Belgium, Germany, The Netherlands, Italy and the United States all saw ginger prices peak and remain high during 2020. As a result, Peruvian ginger exports jumped 108% to record levels during the year.

In the same month in 2020, FreshPlaza reported that South Africa’s ginger prices had doubled to between R50 and R60 per kilogram, primarily due to increased demand in Europe, and local production being out of season.

Prices have only continued climbing, however.

Three months later, in January 2021, Joburg Market was reporting that wholesale ginger prices were R150 more than the doubled prices from 2020 - 5kg and 10kg boxes were averaging R200 and R221.27 per kg respectively.

End consumers have ultimately felt this knock-on effect badly at a supermarket level, where prices have also increased significantly. Supply is limited at many stores throughout the country, and those who are selling it are doing so at inflated prices.

I was at a Wholesaler(Cape Town) yesterday doing my groceries. I decided to buy some ginger as well and realised that it was R349, 99 p/kg and I left it right there. No ways I was gonna pay that much.

Business Insider and various social media users found ginger selling at prices of between R170 and R269 a kilogram, while one social media user reported it costing as much as R369 at Foodlover’s Market in Sunninghill.

Buying fresh #ginger is not for the faint hearted at present, currently selling for R360/kg @FoodLoversMkt #FoodLovers Market in #Sunninghill, did I missed something? Why so high for a locally grown tuber? Needless to say I left my 500g behind#SouthAfrica #Gauteng #Johannesburg

* This article has been updated to reflect an updated price of Pick n Pay’s ginger. A previous version quoted it as R224.95 per kg.